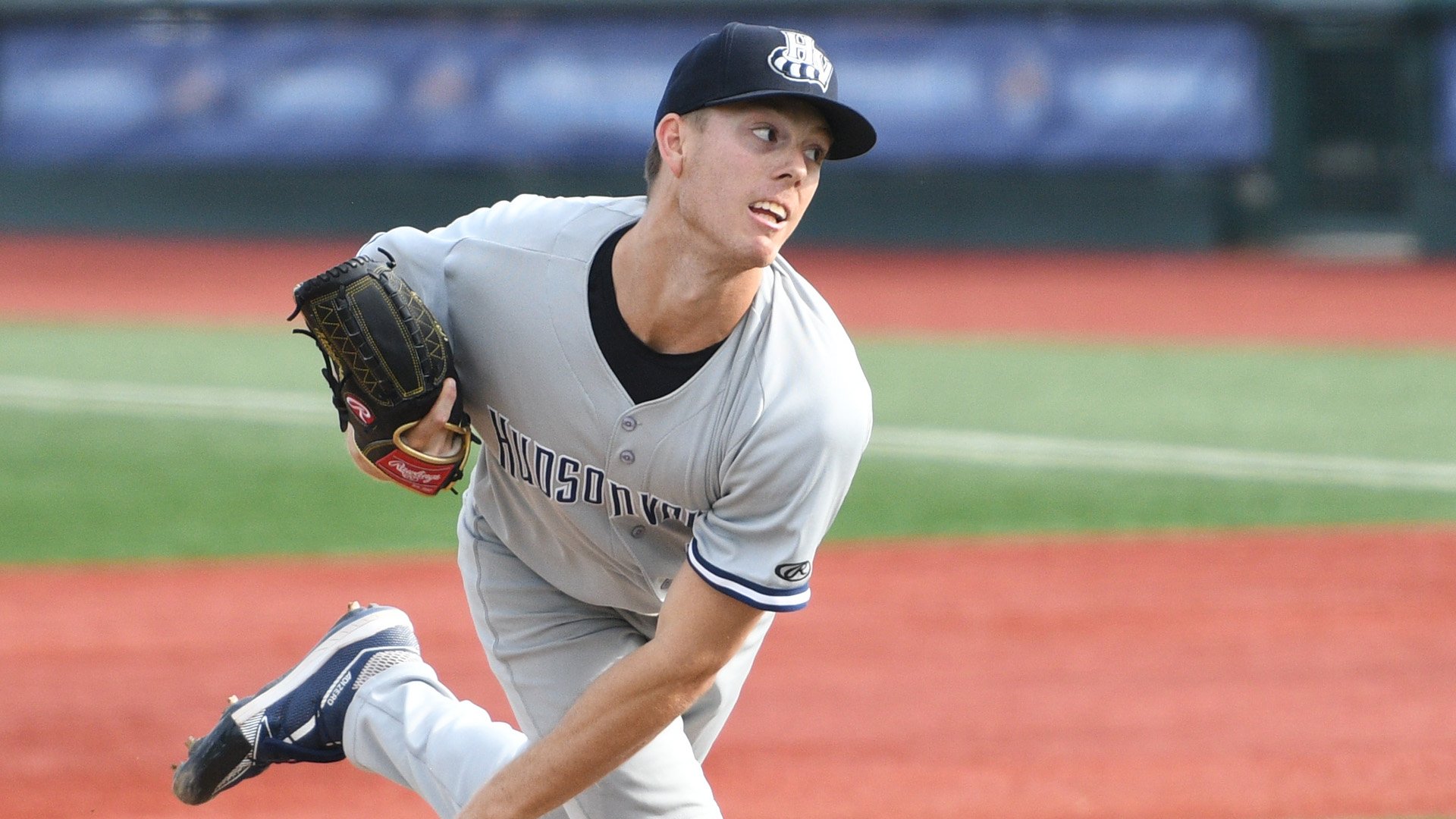 After a crazy finish to their game on Wednesday, Hudson Valley will look to set a new season-high tonight as they try to extend their win streak to six. Meanwhile, Scranton Wilkes-Barre looks to start a new streak and Tampa has a doubleheader. Find out who is scheduled to pitch in today’s Pinstriped Previews: 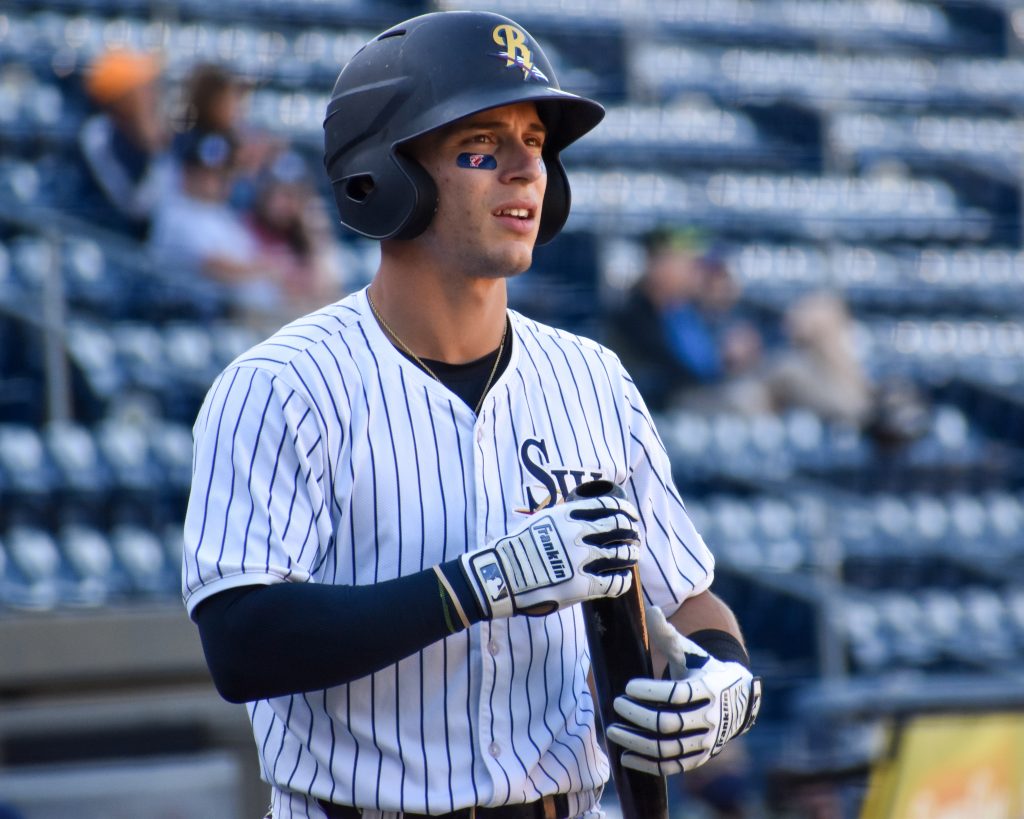 The RailRiders saw their eight-game win streak come to an end Wednesday night as they lost to the IronPigs, 3-2, in 12 innings. Despite Trey Amburgey driving in his 30th run of the year and Andrew Velazquez continuing his strong week with a home run, the offense was 0-for-12 with men in scoring position and they left 12 on base.

Scranton Wilkes-Barre will make their second attempt at reaching the 30-win mark on the season with Nick Nelson on the mound. Nelson has thrown the ball well in his last two starts and has gone a total of nine innings while allowing just one run.

In his last start on June 18 against Syracuse, the 25-year-old right-hander went 4.1 innings, allowed one run on five hits, hit a batter, and struck out four on 66 pitches (40 strikes) in a no-decision. Nelson will face Lehigh Valley for the third time this season. The prior two times came in May as a reliever as he threw 3.2 innings, allowed one hit, walked a batter, and struck out seven in that stretch.

As for Garcia, the Phillies selected him in the 10th Round of the MLB Draft back in 2016. Garcia was promoted to Triple-A on May 21. He has only made one start since joining the IronPigs. In four relief appearances this month, the 26-year-old has an ERA of 6.35 and has more walks (8) than strikeouts (7) in 11.1 innings pitched.

Garcia’s last outing came against Worcester on June 18. He went two innings, allowed two runs on three hits, walked one, and struck out one on 35 pitches (21 strikes) in relief of Matt Moore, who was on a rehab assignment. Due to the long game last night, both teams will be looking for their starter to give them some innings tonight. 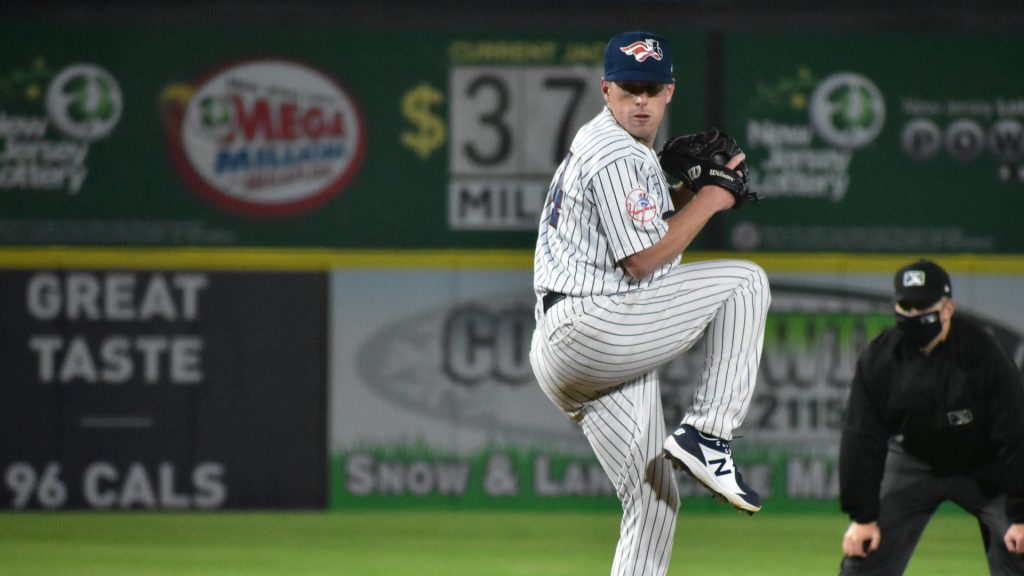 They say it is always good to split a doubleheader and the Patriots were able to accomplish that. After a 5-3 loss in Game 1, Somerset’s offense came to life with an 11-3 win in Game 2. On the mound, Ken Waldichuk had a no-hitter after five innings and ended up striking out 10 over the course of 5.1 innings in his second Double-A start.

Today, Somerset hands the ball to JP Sears, who has quietly had a strong season. It will be Sears’s third start of the season, but he has usually been throwing behind Janson Junk on days where he does not start the game. This year, the 25-year-old southpaw has held hitters to a .183 average, allowed only one home run, and he has yet to allow an earned run in five outings this month (24 strikeouts, 5 walks in 13.1 innings pitched).

Sears picked up the save in his last outing against Richmond on June 18. He allowed only two hits and struck out seven without allowing a run in the final three innings of the game. He threw 47 pitches with 30 of them being strikes. Tonight will be first time Sears has started a game since June 9 against Erie.

Portland will be going with Brayan Bello. The 22-year-old right-hander has been in the Red Sox organization since 2018 after signing as an international free agent out of the Dominican Republic. After dominating at High-A Greenville (5-0, 2.27 ERA in 6 starts), Bello was promoted to Portland on June 8.

In the two starts Bello has made at Double-A, he has 12 strikeouts to 3 walks in 9.1 innings pitched and has thrown 61 percent of his pitches for strikes. In his last start against Binghamton on May 18, Bello went 5.1 innings, allowed one run on two hits, walked a batter, and struck out 10 (third time this year) on 80 pitches (51 strikes). According to MLB Pipeline, Bello is ranked as the 18th best prospect in the Red Sox organization. 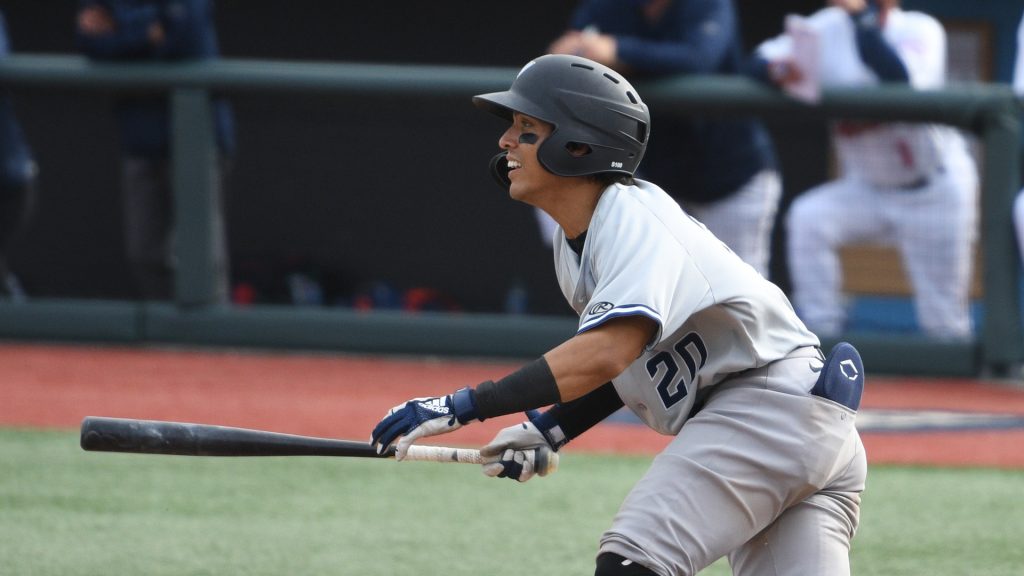 It looked like the Renegades were going to have their four-game win streak snapped Wednesday night when they allowed five runs to score in the top of the 11th. However, the Renegades answered back with six runs to win the game, 9-8. It was culminated by a walk-off two-run single by Anthony Seigler.

Hudson Valley will go for a season-high six game win streak tonight with Josh Maciejewski on the mound. The 25-year-old southpaw is throwing 65 percent of his pitches for strikes this season. This month, he is 0-2 with a 6.55 ERA in three outings and in his three starts this season, he has an ERA of 9.64.

As for Peguero, he has been in the Nationals system since 2015. The 25-year-old has not gone more than 4.1 innings in any outing this year and this will only be his second start of the season. With that being said, he has thrown the ball well in June as he is 1-0 with a 2.08 ERA in three outings.

Peguero last pitched on June 18 against Brooklyn. He went four innings, allowed one run on two hits, walked two and struck out one on 58 pitches (34 strikes). Back on June 6, he ended up finishing off a victory against Hudson Valley. He allowed two hits and struck out two without allowing a run in the final two innings. 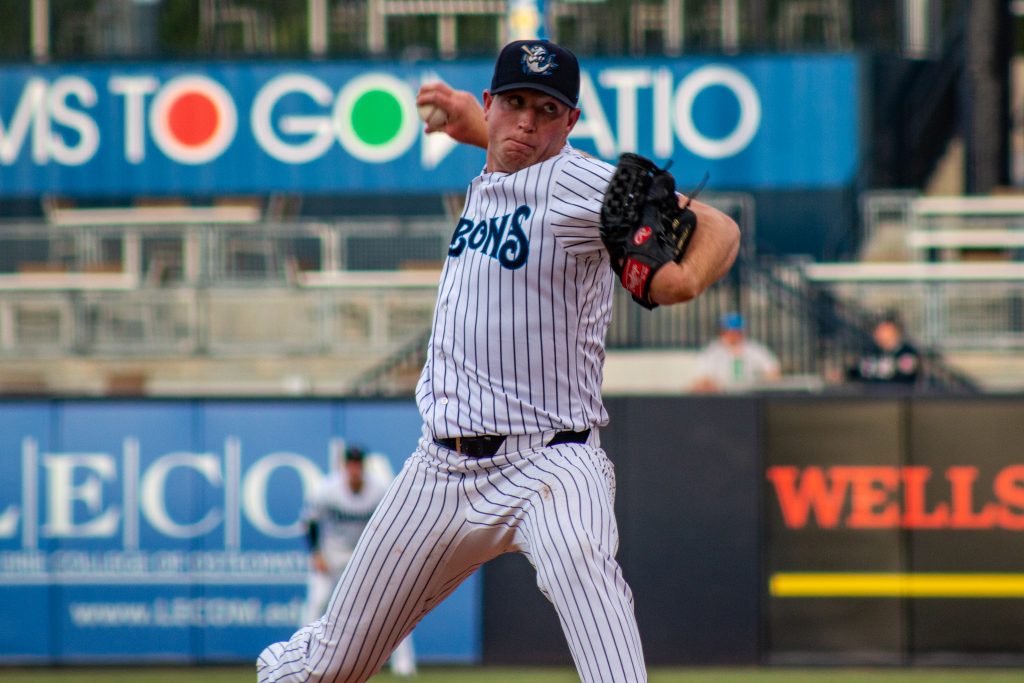 The Tarpons had rain prevent them from playing two games yesterday. However, they were able to complete Tuesday’s suspended game with a 4-3 victory. Michael Giacone picked up his fifth win in relief as he allowed an unearned run on three hits, walked a batter, and struck out six in four innings of work. On offense, Trevor Hauver was 3-for-4 with a walk and Eric Wagaman went 2-for-4 with a double and a triple.

The order of the pitchers is not officially known for the doubleheader, but the two pitchers expected to start for the Tarpons are RHP Matt Sauer (0-1, 4.17 ERA) and LHP Edgar Barclay (0-1, 4.15 ERA)

Sauer last pitched on June 19 against Bradenton and he came in to pitch in the third inning after relieving Beck Way. The right-hander went 4.2 innings, allowed four runs (three earned) on eight hits, walked two, and struck out five on 85 pitches (59 strikes). Over his last four outings, the 22-year-old right-hander has a 3.71 ERA and has 19 strikeouts to 9 walks in 17 innings of work.

Sauer has faced Lakeland twice this season. In 6.1 total innings, he has allowed four earned runs on eight hits, walked nine batters, and struck out eight and has not pitched past the fourth inning.

As for Barclay, he will be making his second start of the season if he begins one of these two games. The 23-year-old southpaw has had a 4.26 ERA this month and has 20 strikeouts to 5 walks in 12.2 innings of work in four appearances.

Barclay got the start in the June 18 doubleheader against Bradenton. He went 3.2 innings, allowed three on six hits, walked two, and struck out five on a season-high 75 pitches (51 strikes). He has faced Lakeland twice this season in relief. He allowed an unearned run (May 13), walked a batter, and struck out three over 3.2 innings.