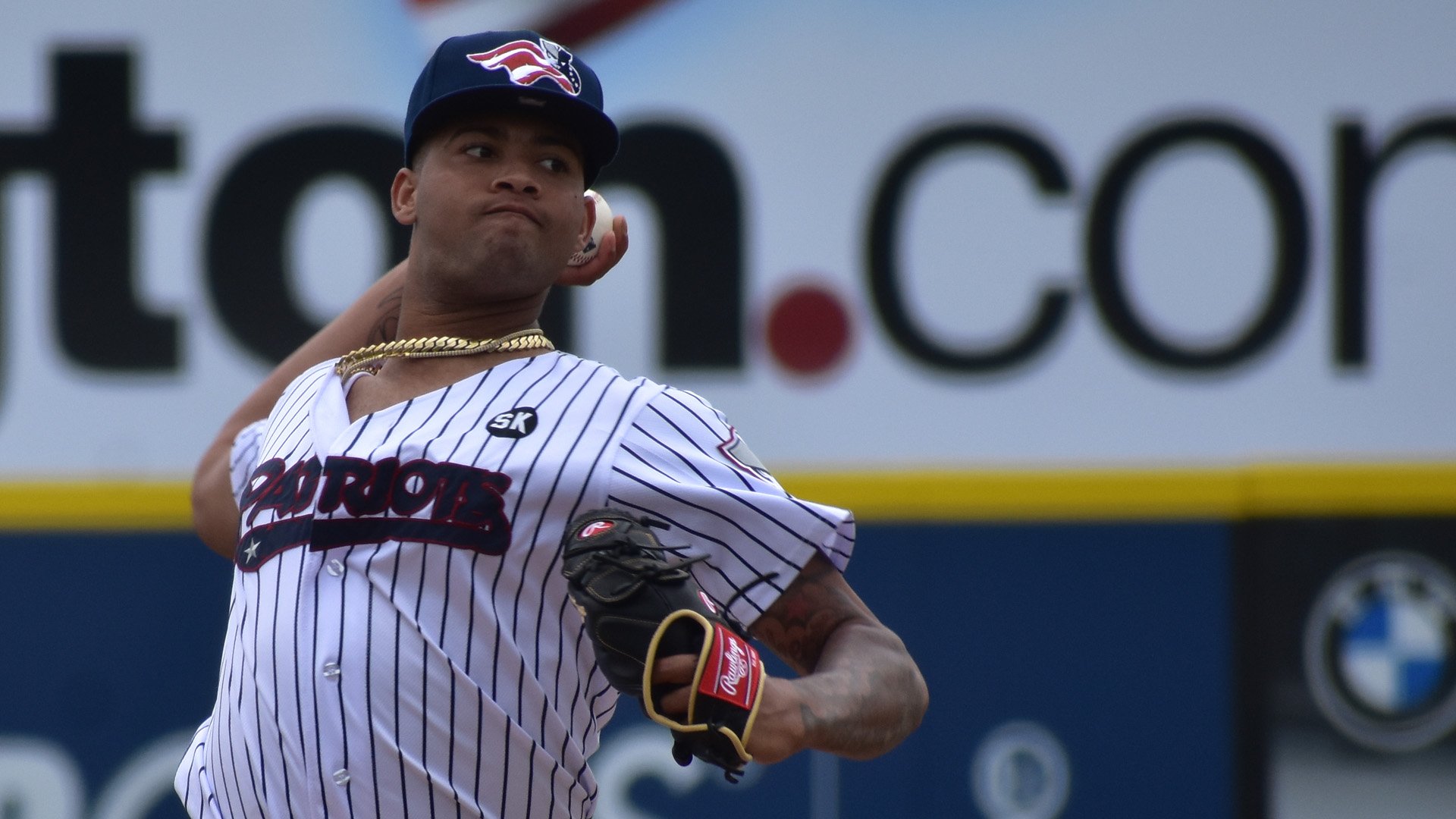 Thursday night’s action in the New York Yankees organization was all about the pitcher as Glenn Otto (14 strikeouts) and Luis Medina (11 strikeouts) stole the show for Somerset and Hudson Valley respectively. With that being said, it should not be overlooked that the four affiliates combined to score 36 runs en route to a 3-1 record. What does Friday have in store? Read about in tonight’s Pinstriped Previews: 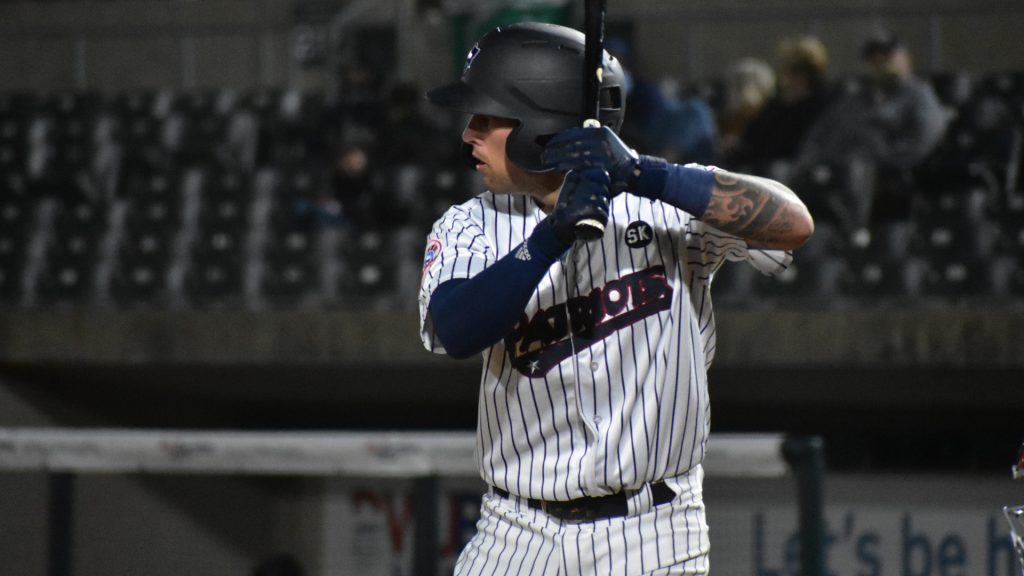 After winning the first two games of this series, the RailRiders lost Thursday night’s game in walk-off fashion to the Red Wings. Tonight, they will look to start a new winning streak as they send the 31-year-old southpaw, Mike Montgomery, to the mound.

While the RailRiders have only lost 4 of their first 15 games this season, two of those losses came with Montgomery on the mound. In his last start against Lehigh Valley on May 15, he went four innings, allowed five runs on eight hits, walked a batter, and struck out two on 68 pitches (42 strikes) in a loss.

The Red Wings will send Steven Fuentes to the mound. Fuentes was signed as an international free agent in 2013 by the Washington Nationals from Panama. This is his seventh professional season with the Nats, but he has yet to make his MLB debut.

In his last start against Buffalo on May 15, Fuentes went three innings, allowed one run on two hits, walked two batters, and struck out two on 55 pitches (34 strikes). So far, teams are seeing the ball well against Fuentes as they are hitting .321 against him. 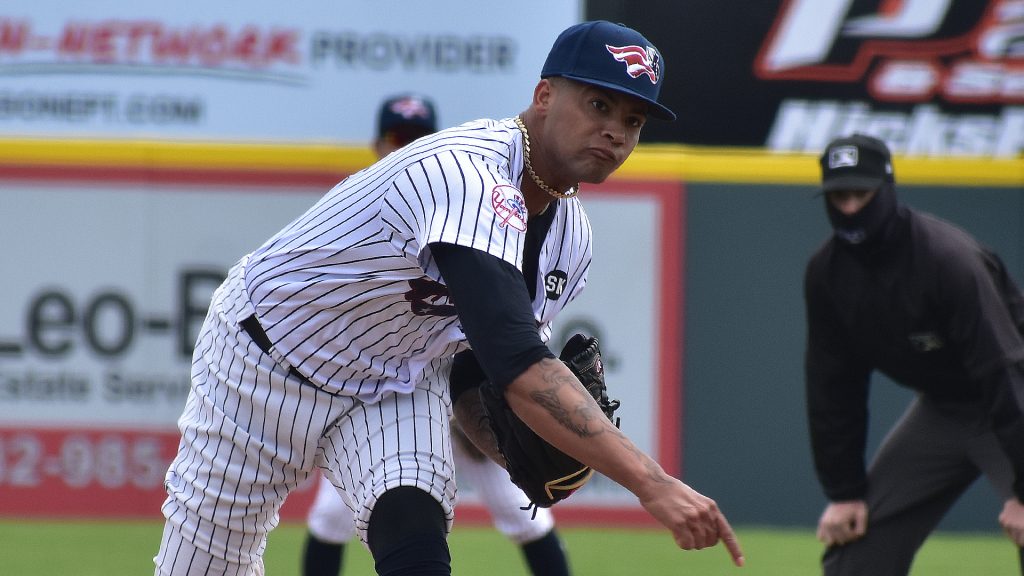 Somerset’s offense put up 11 runs and 17 hits in their third consecutive win over Hartford on Thursday. However, the bats were not the lead story as starting pitcher Glenn Otto was fantastic on the mound as he allowed two hits, walked a batter, and struck out a career-high 14 batters over 5.1 scoreless innings.

The Patriots’ pitching staff has done a good job in this series and Luis Gil will look to continue that stretch of good games tonight. In his first three starts of the season, the 22-year-old right-hander has 19 strikeouts to 4 walks over the course of 10.2 innings.

Gil last pitched on May 15 against New Hampshire and bounced back after a rough start in the outing prior. He allowed four hits and struck out eight over four scoreless innings (42 of 68 pitches were strikes).

It was expected to be a fun pitching matchup tonight and it still might. However, the Rockies’ top pitching prospect, Ryan Rolison, got called up to Triple-A Albuquerque earlier in the week. He was scheduled to start tonight’s game. Instead, it will be right-hander Karl Kauffmann.

Kauffmann was selected with the 77th overall pick by Colorado back in 2019 and is making his Double-A debut tonight. His first two starts of his professional career were this season at High-A Spokane. He went 1-1 with a 2.89 ERA and had 6 strikeouts to 2 walks in 9.1 innings of work.

After the 23-year-old threw five hitless innings in his professional debut (a victory), Kauffmann took the loss in his last start against Vancouver. He allowed three runs on five hits, hit two batters, and struck out three over 4.1 innings (48 of 81 pitches were strikes).

According to MLB Pipeline, Kauffmann is the 18th best prospect in the Rockies system. He has a good two-seam fastball to go with a changeup and a slider and he isn’t known for having a lot of strikeouts.

Dermis Garcia did not continue his home run streak, but he went 2-for-6 with an RBI. Last night, Michael Beltre was 4-for-6 with a triple and two RBIs. Oliver Dunn hit his first Double-A home run (3-for-5, 4 runs scored, a double), and Aaron Palensky went 2-for-5 with a double and two RBIs in his organizational debut. 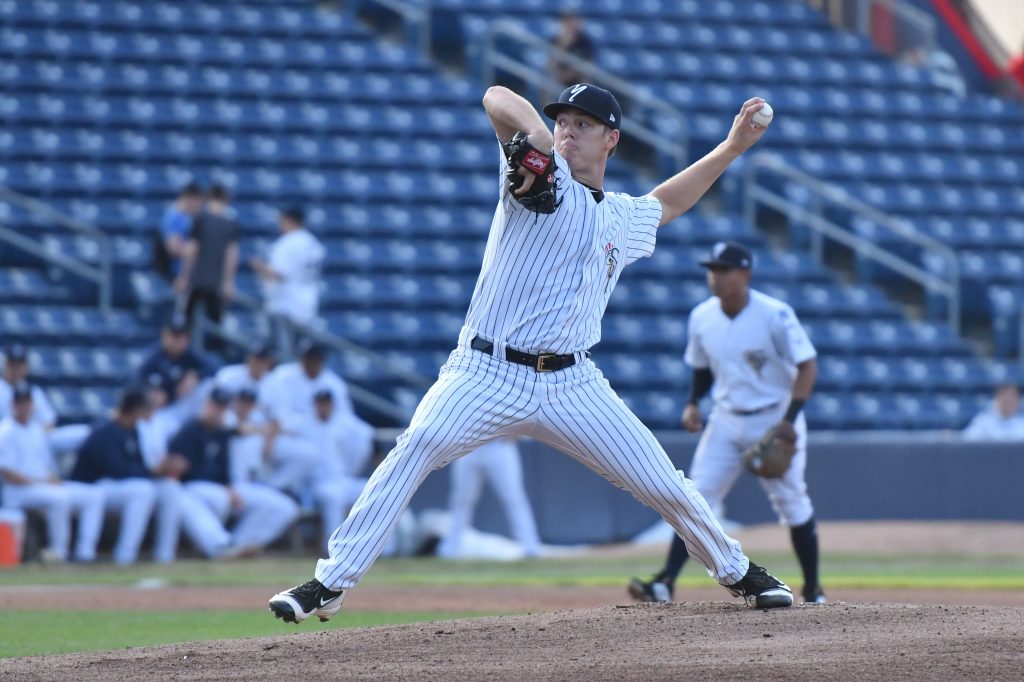 The Renegades were able to shake off that 14-0 loss on Wednesday with a 6-1 win over Brooklyn last night. Luis Medina was awesome on the mound as he allowed one run on one hit, walked two, and struck out 11 over 5.2 innings in a win. On offense, 5 of Hudson Valley’s 7 hits ended up being for extra bases.

Tonight, the Renegades send Josh Maciejewski to the mound in a battle of southpaws. The 25-year-old has made two appearances this season, but both of them have come out of the bullpen. He is used to starting games after starting in 12 out of 14 appearances with four different affiliates in 2019.

Maciejewski had an extended relief outing on May 14 against Aberdeen when he came in for Medina. He went three innings, allowed two runs on four hits, walked a batter, and struck out two on 44 pitches (27 strikes).

While Maciejewski isn’t going to likely blow you away with his fastball, he has good command of his changeup and his slider as he is about to pound the strike zone. Talking to him back in 2019, he compares himself to Dallas Keuchel because all of his pitches have good sinking action on them.

Brooklyn will give the ball to Josh Walker. The 26-year-old was selected in the 37th Round of the 2017 MLB Draft by the Mets and has thrown the ball well in his first three starts at High-A. He has averaged five innings per outing to begin the year to go with 19 strikeouts to 3 walks and opponents are hitting .204 against him.

Walker’s last start was against Greenville on May 16, a team he faced twice in that series. The Drive were able to make adjustments against him in that game as he took the loss. He went five innings, allowed four runs on seven hits, walked a batter, and struck out four on 78 pitches (50 strikes) in a no-decision.

Ezequiel Duran is still on a hot streak for the Renegades. The second baseman is hitting .339 and has 20 hits in 59 at-bats to begin the season. Last night, he was 2-for-4 with a double, a home run, and he drove in four runs. His hit streak is now at five games and he is now 11-for-20 at the plate over that stretch. 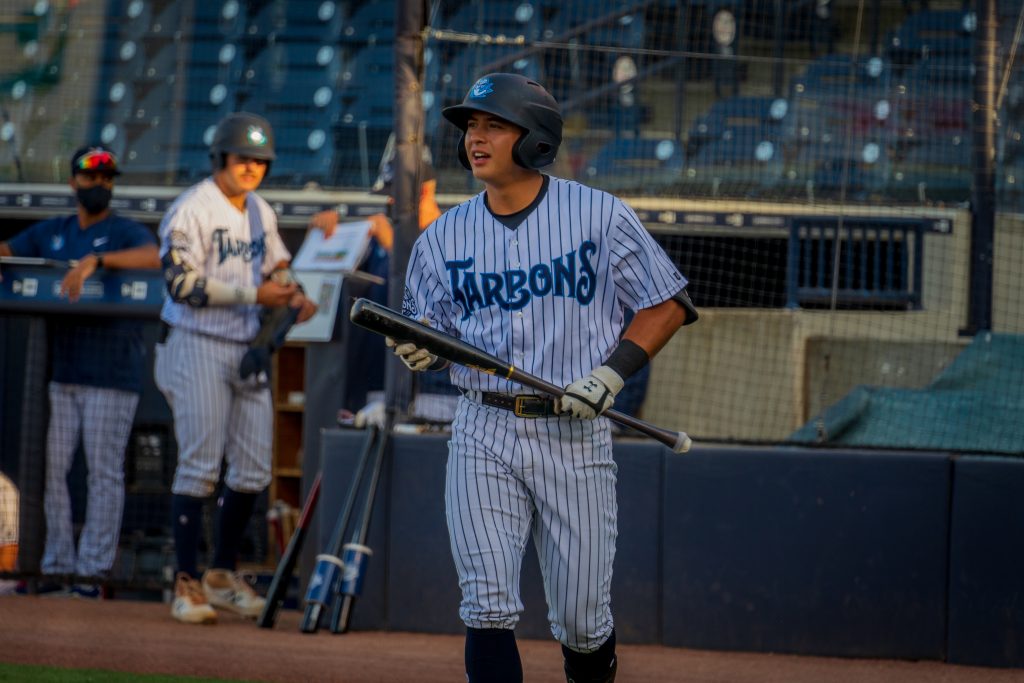 In the last two games, the Tampa Tarpons offense has picked up where it left off in its first home series. They have outscored the Fort Myers Mighty Mussels 31-6 over the last two nights. On Thursday, they won the game, 16-5, on a night where Randy Vasquez did not get out of the first inning in his start.

Edgar Barclay will make his first start for the Tarpons tonight. The 22-year-old left-hander was selected by the Yankees in the 15th Round of the 2019 MLB Draft. He has made 16 career professional appearances and all of them have been out of the bullpen (2.67 ERA, 39 strikeouts to 12 walks in 33.2 innings).

Barclay’s last appearance came on May 16 against Lakeland when he actually recorded the save. He struck out two batters and did not allow a hit over the final 1.1 innings of the game. 15 of his 20 pitches were for strikes. He has only averaged a little over 34 pitches per outing, so don’t expect his start to go very long tonight.

For the Mighty Mussels, Sawyer Gipson-Long will get the start. He was selected by the Twins in the 6th Round of the 2019 MLB Draft. He has only made eight starts in his professional career, but his ERA is up to 9.14. He has 27 strikeouts to 7 walks in 21.2 innings of work and opponents are hitting .377 against him.

On May 15 against Clearwater, Gipson-Long went three innings, allowed five runs (four earned) on five hits, walked three, and struck out three on 68 pitches (42 strikes) in a loss. While the right-hander took the loss, the 23-year-old took a big step up from his first start in which he only recorded one out against Bradenton on May 9 (7 ER, 7 H, 1 K).

Other performances of note were Anthony Volpe stealing three bases out of the leadoff spot (1-for-4, double, walk, and 3 RBIs), and Jesus Bastidas went 2-for-5 with his first three RBIs of the season.