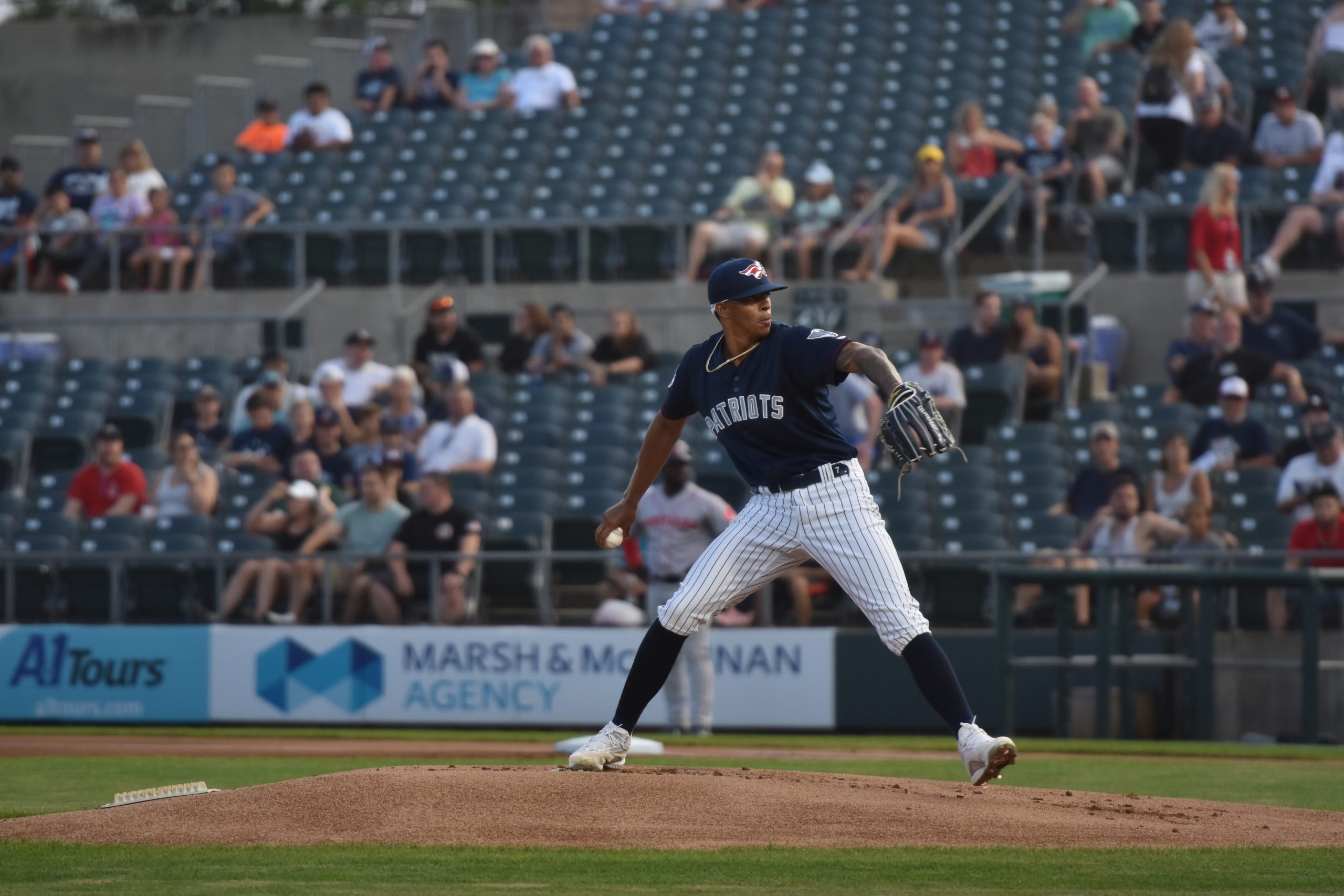 On Friday night, the Yankees will look to get strong performances from their top pitching prospects as Luis Gil and Luis Medina take the mound for Triple-A Scranton Wilkes-Barre and Double-A Somerset respectively. Meanwhile, the Hudson Valley offense looks to continue an early trend that has been fun to watch.

Find out what else is going on in the Yankees organization on Jackie Robinson Day with our Pinstriped Previews: 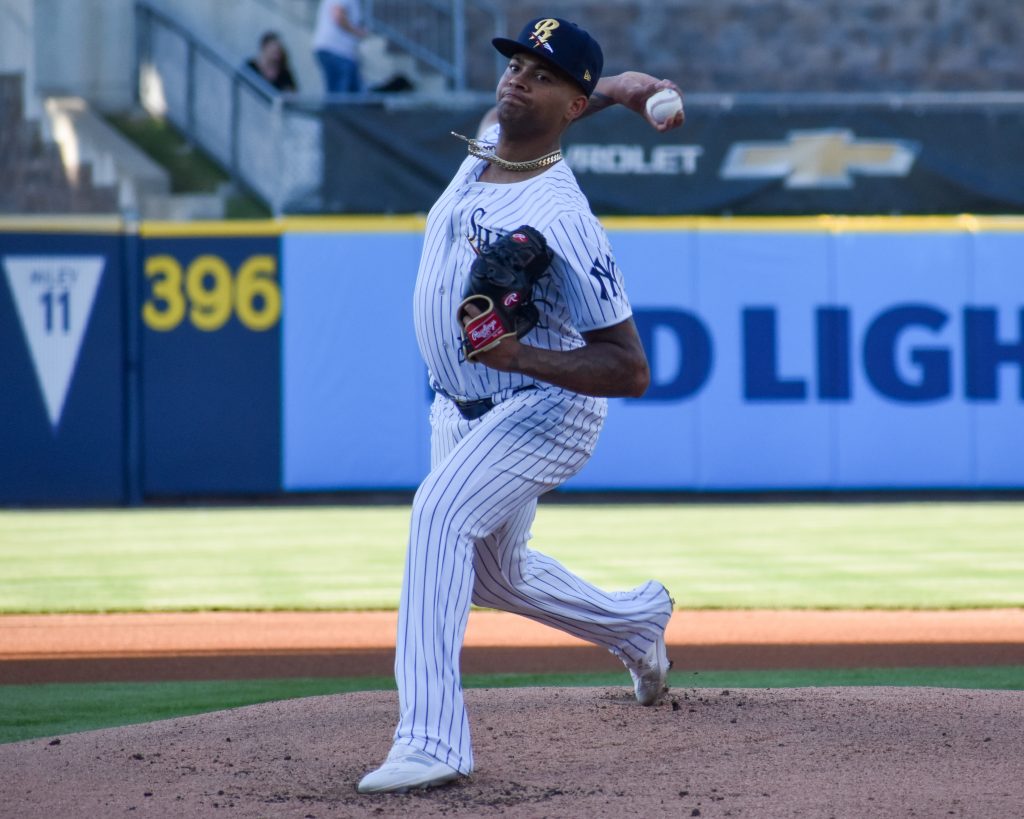 The RailRiders have run into some trouble with the Tides in this series. In the first three gams, Norfolk has outscored Scranton Wilkes-Barre, 20-7. The damage kept going on Thursday as Norfolk picked up a 12-5 victory and Deivi Garcia struggled on the mound (3.1 IP, 5 ER, 5 H, 2 BB, 4 K).

Despite another loss, Ronald Guzman picked up a home run for the second straight night and Matt Pita went 2-for-4 with a pair of RBIs.

Luis Gil will try to stop the now four-game losing streak for the RailRiders. In his first start of the year on April 9 against Syracuse, the 23-year-old right-hander went 3.2 innings, allowed two runs on two hits, walked a batter, and struck out five on 66 pitches (42 strikes) in a no-decision. He allowed runs in each of the first two innings, including a home run in the bottom of the first. Our beat writer, Alex Kielar, talked with manager Doug Davis after Thursday night’s game and Davis said that they hope to get length from Gil in his outing tonight:

Railriders manager Doug Davis says he hopes to get 5 innings out of Luis Gil tomorrow, but it will depend on when his pitch count is reached.

The Tides will go with Kyle Brnovich in this one. Like Kyle Bradish on Tuesday, Brnovich was part of the trade in December 2019 that sent Dylan Bundy to Los Angeles. In his first Triple-A start of his career on April 9 against Columbus, the 24-year-old right-hander went four innings, allowed two runs on two hits, walked four, and struck out two on 68 pitches (38 strikes).

Brnovich did face Somerset twice last year. In one of those games (September 2), Oswald Peraza had a great game at the plate as he went 4-for-4 with 3 RBIs and a stolen base out of the leadoff spot. 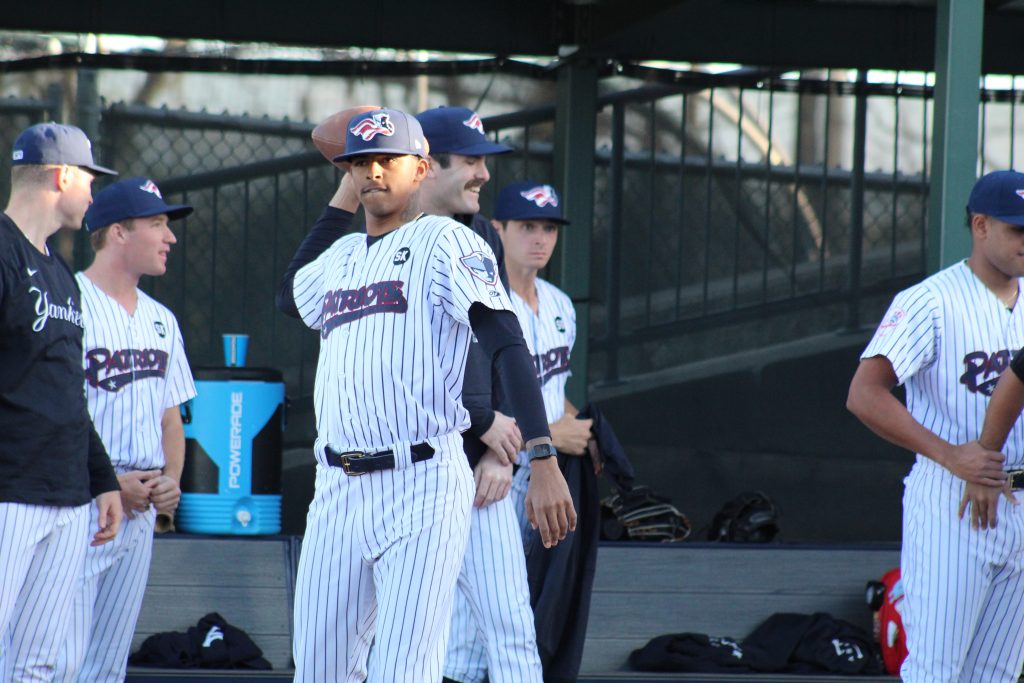 The Patriots picked up their first win in this series on Thursday with a 5-4 victory. Jeisson Rosario hit a two-run home run in the bottom of the third for his first home run in the Yankees organization and Sean Boyle threw five solid innings in his first start of the year.

Tonight, Somerset begins their second go around the rotation with Luis Medina. The hard-throwing, 22-year-old right-hander ran into some command issues on April 8 against Reading. In 1.2 hitless innings of work, he allowed one run, walked four batters, and walked two on 41 pitches (16 strikes). Last year, Medina had eight starts of at least four walks or more.

For the SeaWolves, Garrett Hill takes the mound. Hill was selected by the Tigers in the 26th Round in the 2018 MLB Draft. On April 9 against Akron, the 26-year-old threw four scoreless innings, allowed one hit, walked two, and struck out six on 70 pitches (46 strikes).

Hill ended the 2021 season at Double-A. He allowed two or fewer runs in three of the four starts he made (3.20 ERA) and struck out at least six batters in all four starts. Dating back to last year, he has at least six strikeouts in six consecutive starts. 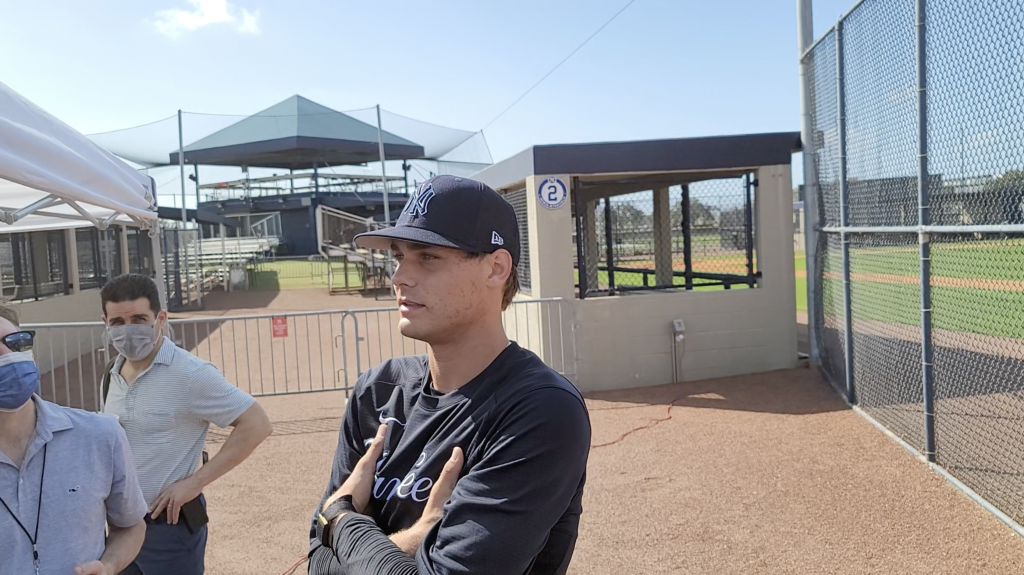 After a rough night on Wednesday, the Renegades offense came back in a big way in Rome on Thursday with an 8-2 victory. In their four wins this season, Hudson Valley has scored 36 runs and at least eight runs in all of those games. Aaron Palensky was 2-for-4 with a triple and 3 RBIs and Aldenis Sanchez was 1-for-2 with a home run, 2 RBIs, 2 stolen bases, and 3 walks.

Meanwhile, the Renegades bullpen trio of Michael Giacone (2-0), Carson Coleman, and Rodney Hutchison combined to allow only three hits and no runs over the final 5.2 innings in relief of Matt Sauer.

Beck Way will make his second start of the season on Friday. The 22-year-old right-hander had a no-decision on April 9 against Greenville. He went 4.1 innings, allowed three runs on four hits, walked two, and struck out seven on 72 pitches (46 strikes). Way showed good resilience as he bounced back after allowing three runs in the first. It was the sixth time in Way’s career that he had at least seven strikeouts in an outing.

The Braves will go with Andrew Hoffmann in this game. The 22-year-old was selected by Atlanta in the 12th Round of the 2021 MLB Draft out of Illinois. In the first High-A start of his career on April 9 against Greensboro, he went four innings, allowed three runs (two earned) on seven hits, allowed a walk, and struck out five on 75 pitches (50 strikes). He is ranked as the 25th best prospect in the Braves organization according to MLB Pipeline. 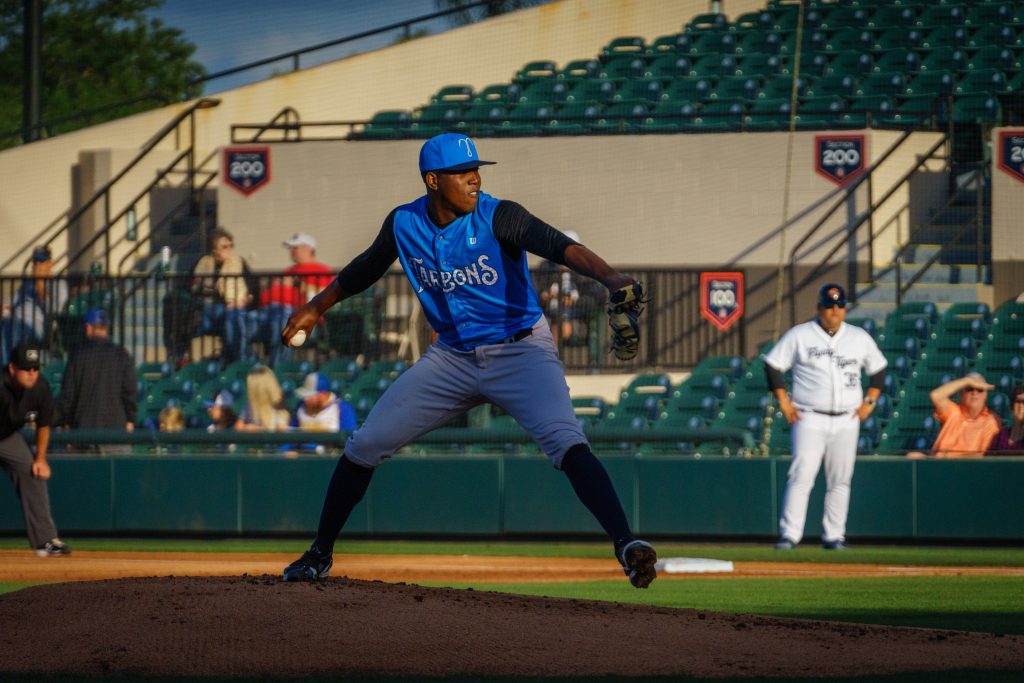 While Juan Carela was dominating Dunedin for 3.1 innings on Thursday (8 strikeouts in 3.2 innings), the Tarpons had their 4-game win streak snapped by the Blue Jays, 7-3. Roberto Chirinos was 1-for-3 with two RBIs and Anthony Garcia went 0-for-1 with three walks in the loss.

The Tarpons will reset their rotation and go with Tyrone Yulie on Friday. The 20-year-old right-hander got the start on Opening night on April 8 against Lakeland. He went 3.1 innings, allowed three runs on two hits, walked three batters (hit one), and struck out four on 69 pitches (39 strikes) in a no-decision.

Yulie’s last two starts of the 2021 regular season were against Dunedin. In those two starts, he allowed seven runs on six hits, walked nine batters, and struck out 13 in 6.2 innings. However, the Dunedin team this year is different compared to the one he faced a year ago.

For Dunedin, they will go with Ricky Tiedemann. Tidemann was selected by Toronto in the 3rd Round of the 2021 MLB Draft (91st overall). MLB Pipeline has him ranked as the sixth best prospect in the Blue Jays organization.

Tiedemann’s professional debut came in his last start against Bradenton on April 8 and it was a good first outing. The 20-year-old southpaw went five innings, allowed two runs on three hits, walked two, and struck out eight on 71 pitches (46 strikes) in the victory.