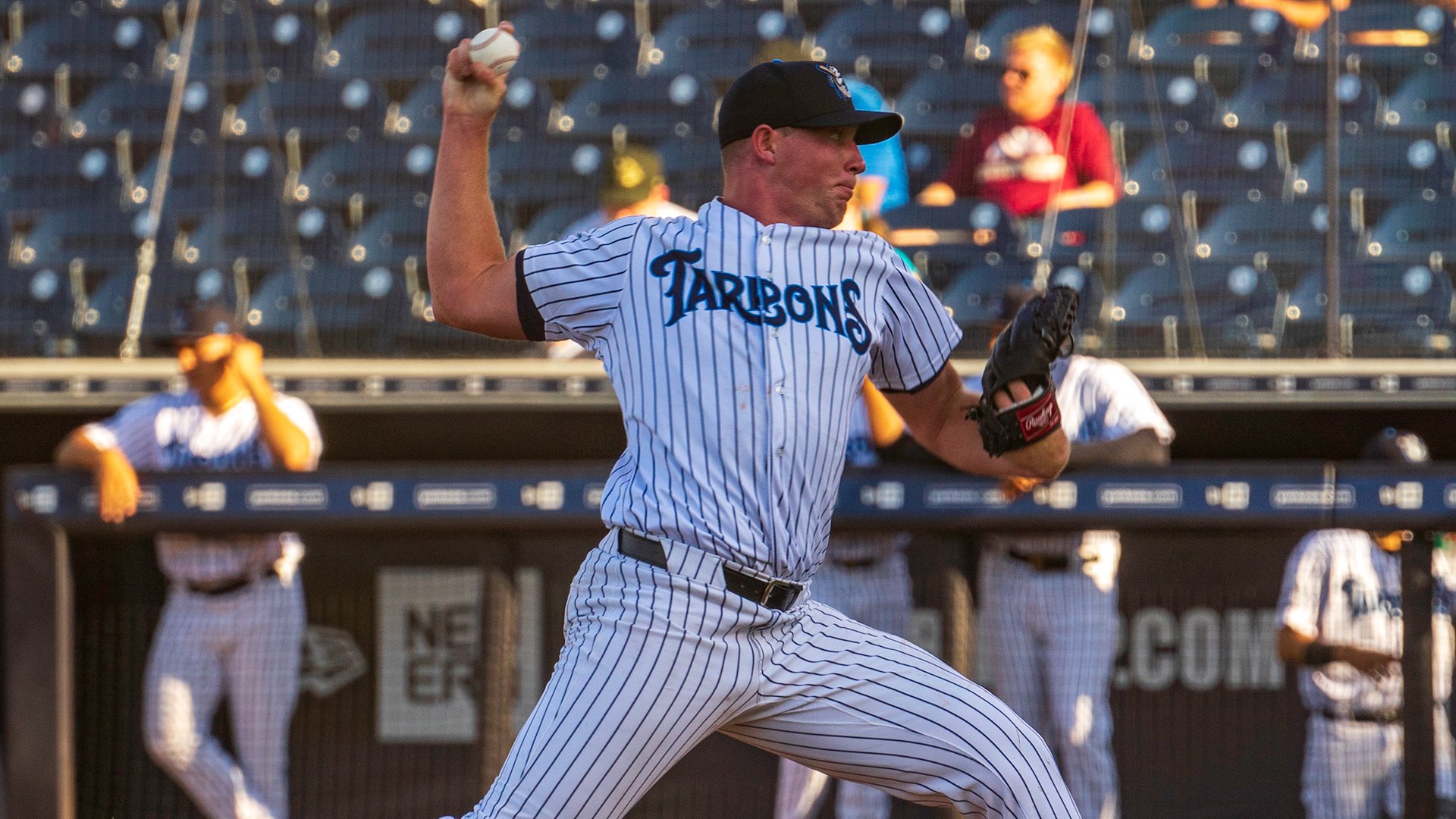 Last night, the four New York Yankees affiliates combined to go 3-1 in their series openers with Somerset and Hudson Valley picking up come-from-behind victories late in the game. With a day game today for Scranton Wilkes-Barre, check out who will take the mound in the Yankees organization on Wednesday: 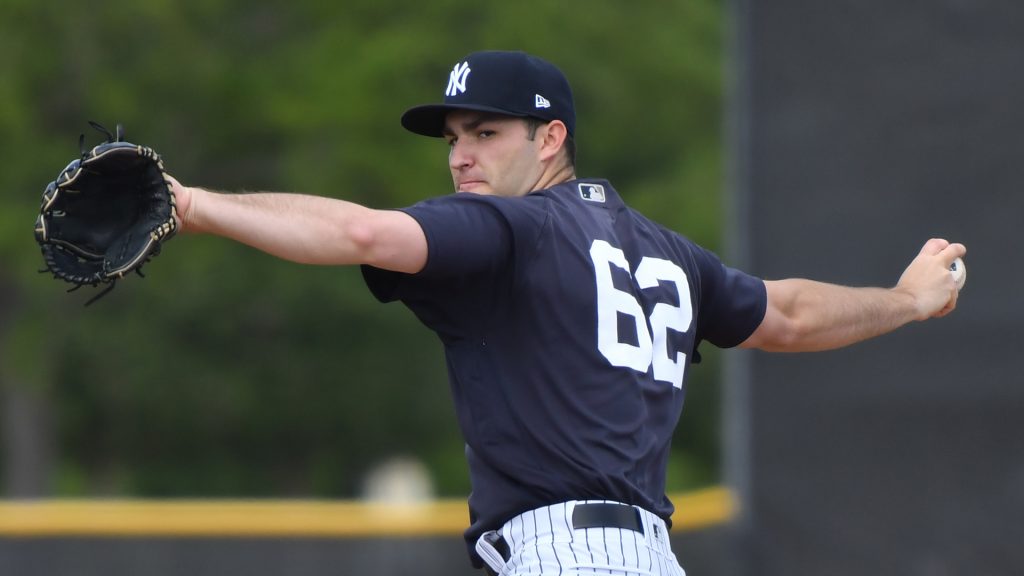 The Scranton Wilkes-Barre offense added some new players on Tuesday as infielders Brandon Wagner and Hoy Jun Park as well as outfielder Thomas Milone were promoted from Double-A Somerset. In Tuesday night’s 11-6 win over the Red Wings, those three players combined to go 5-for-13 with two doubles, a home run, and 6 RBIs. Plus, Estevan Florial hit his first Triple-A home run.

With a day game today, Nick Green will take the mound for the RailRiders. Green was able to go a little deeper into the game in his last start compared to his first. On May 13 against Lehigh Valley, he went 3.2 innings, allowed two runs (one earned) on four hits, walked four, and struck out three on 61 pitches (36 strikes).

The four walks that Green had in that game is tied for the season-high he had in 2019 when he did it four times with the then Double-A Trenton Thunder.

Rochester will counter with Armenteros. The 26-year-old right-hander was picked up off of waivers by the Washington Nationals over the winter after pitching his entire professional career in the Astros organization.

Armenteros did allow five runs and walked five batters over 2.1 innings in his first start of the season on May 8 against Lehigh Valley. He was able to have a better start on May 13 against Buffalo. In that game, he went three innings, allowed one run on three hits, walked two, and struck out three on 69 pitches (37 strikes).

According to FanGraphs, Armenteros had an average fastball velocity of 91 mph in 2019 to go with a changeup, a breaking ball, and an occasional slider. 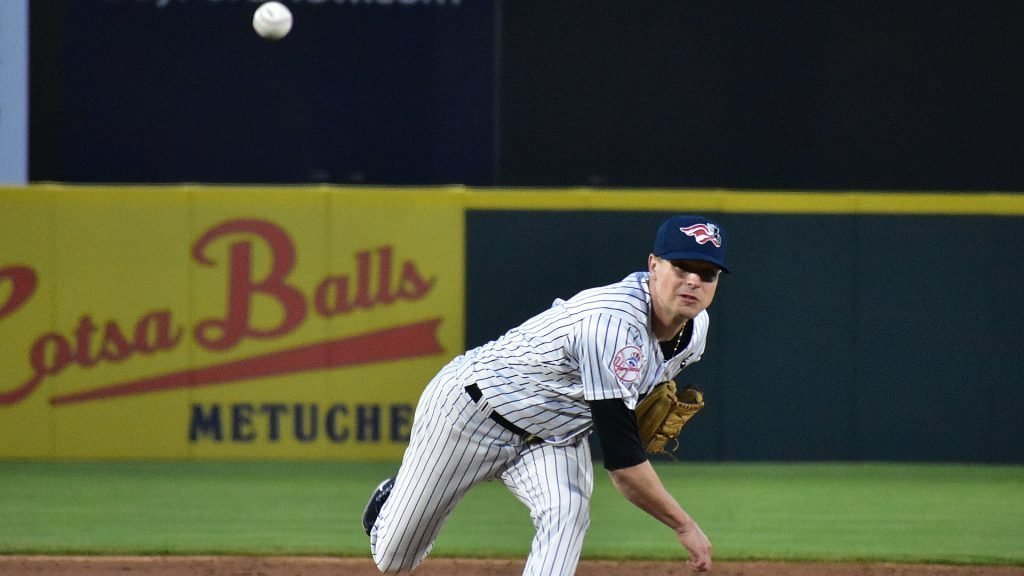 Somerset was shut out for the first eight innings last night, but a Donny Sands leadoff double and a Dermis Garcia two-run home run in the top of the ninth propelled them to a 2-1 victory in the series opener over Hartford.

The Patriots will send Janson Junk to the mound in the second game of this series. The 25-year-old is off to a good start in 2021. On May 13 against New Hampshire, he allowed two hits, walked a batter, and struck out six over 3.1 scoreless innings. He threw 62 pitches and 39 were for strikes as he struck out six of the final eight batters he faced.

When Junk takes the mound, he is usually followed by JP Sears. The duo combined to strike out 13 batters last time out in a win as Sears allowed one run on three hits and struck out seven over 4.1 innings (37 of 60 pitches were strikes). The seven K’s were the most the 25-year-old southpaw had in a game since May 23, 2018 when he was with then Low-A Charleston.

The Yard Goats will go with Duncan in this game. The 29-year-old right-hander who was selected in the 13th Round by the Pittsburgh Pirates in 2014 was signed by the Rockies in this winter. His only start of the season came against Portland on May 13 and he took the loss. He went 4.1 innings, allowed four runs (three earned), and struck out three on 71 pitches (52 strikes).

Coming into tonight’s game, Garcia has a five-game hit streak and he has homered three times in the last four games. With Somerset losing players to promotion and injury, Garcia’s power bat will be key for the Patriots to drive in runs. 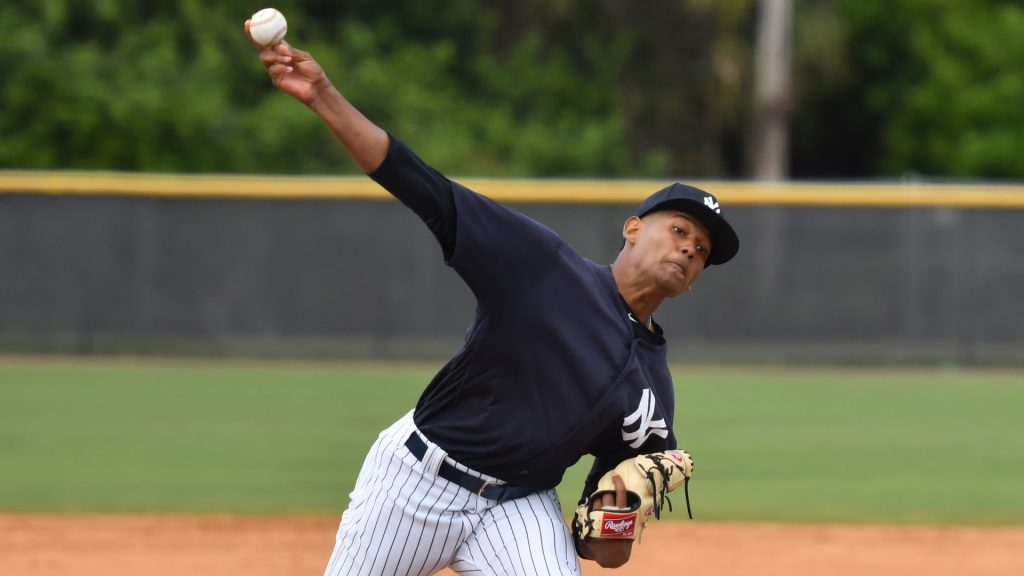 Like the Patriots, the Renegades had a little comeback magic of their own on Tuesday. Pablo Olivares hit a go-ahead RBI double in the top of the eighth to lead to a 4-3 win. The other three RBIs came from Kyle MacDonald, who had a home run in the victory. On the mound, Hayden Wesneski and Zach Greene (picked up the save) combined to strike out 11 Cyclones without walking a single batter.

Jhony Brito will take the mound for the Renegades tonight. After throwing five innings of one-hit ball in his first start, he didn’t have as much success last time out against Aberdeen on May 13. He went 3.2 innings, allowed three runs on five hits, walked a batter, and struck out five on 67 pitches (43 strikes).

All three runs against Brito were scored in the top of the first as Aberdeen had a walk and three straight hits (all with two outs) to take a 3-0 lead. After that rough inning, Brito allowed two hits over the final three innings. However, he did hit two batters as well.

The Cyclones will have Oscar Rojas get the start. The 22-year-old right-hander was signed as an international free agent in 2017 from Mexico. It has been a rough start to the 2021 season for Rojas.

In his first two starts of the season, Rojas has surrendered four home runs, has hit two batters, and opponents are hitting .357 against him. Back on May 13 against Greenville, Rojas went 3.2 innings, allowed four runs (three earned) on five hits, walked a batter, and struck out four on 77 pitches (46 strikes).

One hitter to watch in this game for the Renegades is Oswald Peraza. While Peraza did not homer last night, he has some success in a small sample size against Rojas. Back in 2018 when Rojas pitched for Rookie-level Kingsport and Peraza was in Pulaski, the shortstop went 3-for-3 with a walk and an RBI against him. 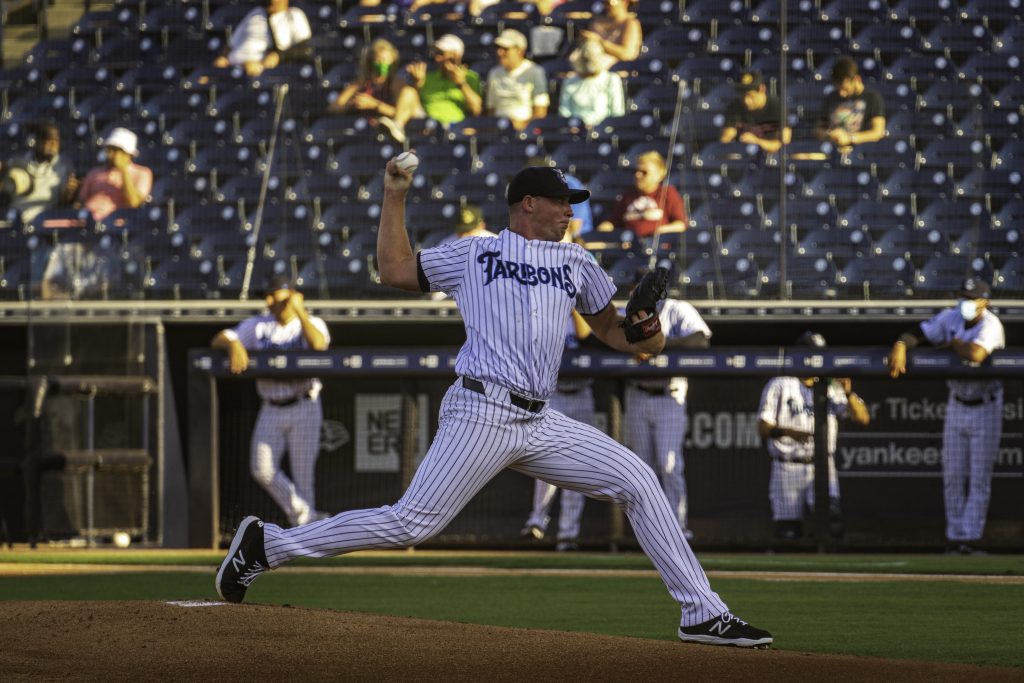 Despite a good start by Sean Boyle in the series opener last night, the Tarpons offense managed just five hits in their return home and they struck out 12 times (five players had multiple strikeouts) in an 8-2 loss to the Mighty Mussels.

Tonight, the Tarpons send their top starter to the mound in Matt Sauer. The 22-year-old right-hander is looking for his first win of the season and is trying to avoid issuing a lot of free passes like he did in his last start against Lakeland.

On May 14, Sauer went 2.2 innings, allowed three runs on three hits, walked five, and struck out four on 75 pitches (41 strikes). The five walks is tied for the most Sauer has had in a start (April 11, 2019 with Charleston) and he has 10 walks in his first three games of the season. He does have four or more strikeouts in each of his first three starts, but the command will be something to watch in this game.

It should be a good pitching matchup tonight as the Tarpons will go up against Brent Headrick, who was the Twins’ 9thround pick in 2019. While the 23-year-old left-hander has only made five career professional appearances, he is off to a good start in High-A as he has sis or more strikeouts in each of his first two starts.

On May 13 against Clearwater, Headrick went four innings, allowed three runs (one earned) on six hits, walked a batter, and struck out six on 77 pitches (48 strikes) in a win out of the bullpen.

Even in a loss last night, Chad Bell did go 2-for-3 with a walk and an RBI double. Bell has reached base safely in all 12 games to start the reason and can tend to fly under-the-radar in a lineup that includes Anthony Volpe, Austin Wells, and Trevor Hauver.