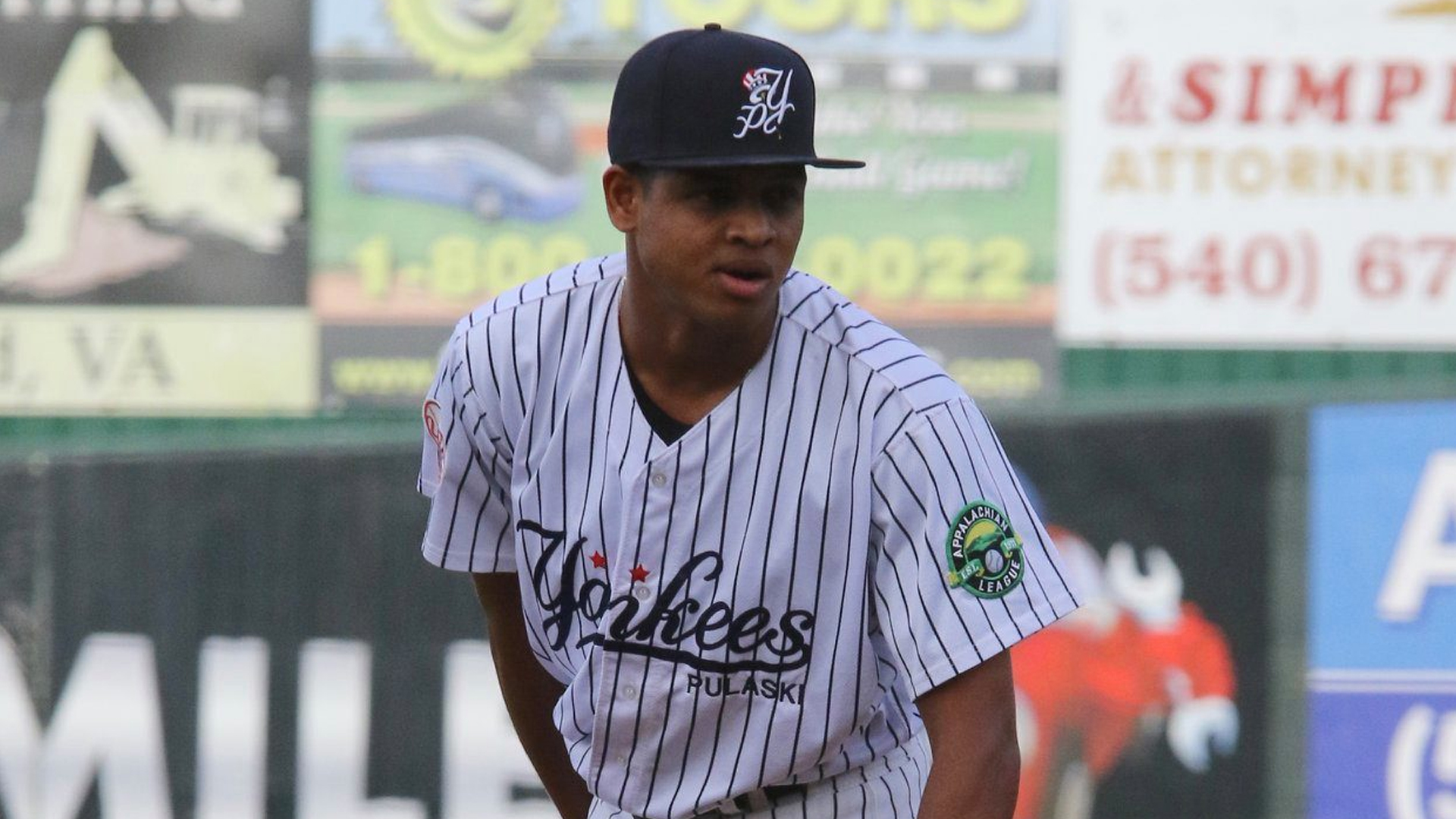 In the first series of the season, only five teams in the Triple-A East had one loss. This series features two of those squads.

Brody Koerner gets the ball for the RailRiders in the series opener. On May 5 against the Syracuse Mets, Koener struggled with command, but he was able to keep the Mets off the scoreboard. He went four scoreless innings, allowed one hit, walked three, and struck out four on 51 pitches (28 strikes).

After walking two of the first three hitters he faced, the 27-year-old retired 9 of the final 11 hitters he faced in the no-decision. Koerner faced the IronPigs three times in 2019 and went 0-2 while allowing ten earned runs over 13.2 innings of work.

Right now, the best hitter on the IronPigs has been the second baseman Luke Williams. Williams is 11-for-25 with three doubles and seven RBIs on the season. As a team, Lehigh Valley only hit one home run in their opening series.

Lehigh Valley will counter with RHP Spencer Howard. Despite making his major league debut last year, the Phillies’ 2nd Round pick back in 2017 is in his first Triple-A season. The 24-year-old appeared in three games out of the Phillies bullpen in April (8.31) before starting against the Rochester Red Wings on May 5.

Howard’s outing was very brief in that game. He went two innings, allowed one hit, walked two, and struck out two on 44 pitches (24 strikes). He walked two of the final three batters he faced before exiting the game in the top of the third.

In their opening series of the season, Scranton Wilkes-Barre was tied for second in all of the Triple-A with 15 home runs and they had 63 hits (6th most). Plus, they showed good plate discipline as their 40 walks were second in the league. While Luke Voit helped out the offense in his rehab assignment, outfielder Trey Amburgey (.450, 3 home runs, 10 RBIs) and first baseman Chris Gittens (.429, 2 home runs, 7 RBIs, 9 walks) headlined a strong offense in Syracuse.

In their first road series as a New York Yankees affiliate, Shawn Semple will get the start as he tries to continue the success he had in his first start of the season. On May 5 against the Harrisburg Senators, the 24-year-old threw four scoreless innings, allowed one hit, struck out five, and walked one on 61 pitches (40 strikes) in a no-decision.  You can read more about Semple’s first start in a feature done by Somerset beat writer and assistant editor, Matt Kardos.

Tonight, Semple will go against a lineup that is talented in terms of big-name prospects such as shortstop Jordan Groshans and center fielder Austin Martin (1st Round pick in 2020). It was a rough first series for the FisherCats. However, they did average about five runs per game in the series. It was just that their pitching allowed a total of 41 runs.

Despite that rough series, one of the bright spots for New Hampshire was Woods Richardson. On May 6 against the Portland SeaDogs, he went four innings, allowed three runs (one earned) on four hits, walked one, and struck out eight on 76 pitches (51 strikes). He was acquired by the Blue Jays from the Mets in July 2019 in the deal that sent Marcus Stroman to Toronto.

Spring Training is no indicator that a pitcher will have success against a particular team. With that being said, Woods Richardson did a really good job against the Yankees hitters this spring. The 20-year-old right-hander faced the Yankees three times (8 innings) and did not allow a run. He walked two hitters and struck out eight.

Somerset’s offense had eight home runs in the first five games of the season (second in the Double-A Northeast) and they had the fewest strikeouts in the league (42). Outfielder Estevan Florial shined out of the leadoff spot as he hit .318 with four home runs and six RBIs.

While the Patriots had success at the plate, their pitching had a team ERA of 1.83 (second-lowest in the league) and they were third in strikeouts (66) while boasting the best WHIP in the Double-A Northeast (0.78).

It will be an exciting time tonight at Dutchess Stadium as the Hudson Valley Renegades will play their first home game as an affiliate of the New York Yankees. Hudson Valley’s offense heated up in the final two games of their road series against the Jersey Shore BlueClaws as they scored 19 runs over the weekend to get a split of the series.

Ken Waldichuk will make his second start of the season for the Renegades. The 23-year-old left-hander did not have a long outing in his first start on May 5. He allowed only one hit over 2.2 scoreless innings. However, he walked three batters and struck out two on 51 pitches (28 strikes).

It is small sample size when you consider Waldichuk is only in his first full professional season. With that being said, he has never thrown more than four innings in any particular start. With Rookie-level Pulaski in 2019, he did strike out 49 batters in 10 starts without going deep into the game, so the southpaw can put up high strikeout totals when his command is on.

Aberdeen hit three home runs as a team in their opening series against the Wilmington Blue Rocks. Their leading hitter in terms of hits was shortstop Joseph Ortiz, who went 8-for-23 with a double, two triples, and three RBIs. Another hitter to watch is right fielder Kyle Stowers. The 71st pick in the 2019 MLB Draft is 4-for-22 at the plate (.182). However, he did hit one of those three home runs and drove in eight runs.

If the IronBirds stick with their rotation, Garrett Stallings will get the start in this one. Stallings was a 5th round pick of the Los Angeles Angels of Anaheim in 2019 out of Tennessee. He was traded to the Orioles in December 2020 in the deal that sent shortstop Jose Iglesias to Los Angeles.

In his first start with the Orioles organization, Stallings made a good initial impression. On May 6 against Wilmington, he went five innings, allowed one run on six hits, and struck out four on 64 pitches. He does not throw particularly hard, being clocked in the low 90s with his fastball when he was drafted but he backs it up with a solid, sharp slider, a changeup and a curveball.

Randy Vasquez gets his second start with the Tampa Tarpons tonight against the Lakeland Flying Tigers, the under-the-radar arm allowed one run in his first game. He pitched 3 1/3 innings and struck out just one batter in his Class-A debut. The right-hander has been in the Yankees system since signing as an international free agent in May 2018. In 11 starts with Rookie-Level Pulaski in 2019, he went 4-1 with a 3.29 ERA and had 53 strikeouts to 28 walks in 54.2 innings of work while holding opponents to a .188 batting average in 11 starts. Out of those 11 outings, the 22-year-old went six innings on four different occasions and allowed two runs or fewer eight times.

The Tarpons are the hottest team in all of Minor League Baseball. Over their first six games, they have scored 78 runs, hit 14 home runs, and drove in 76 RBIs. Offensively they are lead by 2020 third-round draft pick Trevor Hauver who is hitting .556/.654/1.611 with six home runs and 13 RBIs, he has also walked seven times already this season. Behind him is infielder Andres Chaparro and outfielder Jake Sanford, both have nine hits with Chaparro knocking in four doubles and six RBIs.

They will be facing off against 22-year-old Gio Arriera who will be making his second start of the season. In his last outing, he was touched for three runs over three innings and struck out two batters. The former fourth-round pick throws in the low 90s and flashes an above-average curveball.