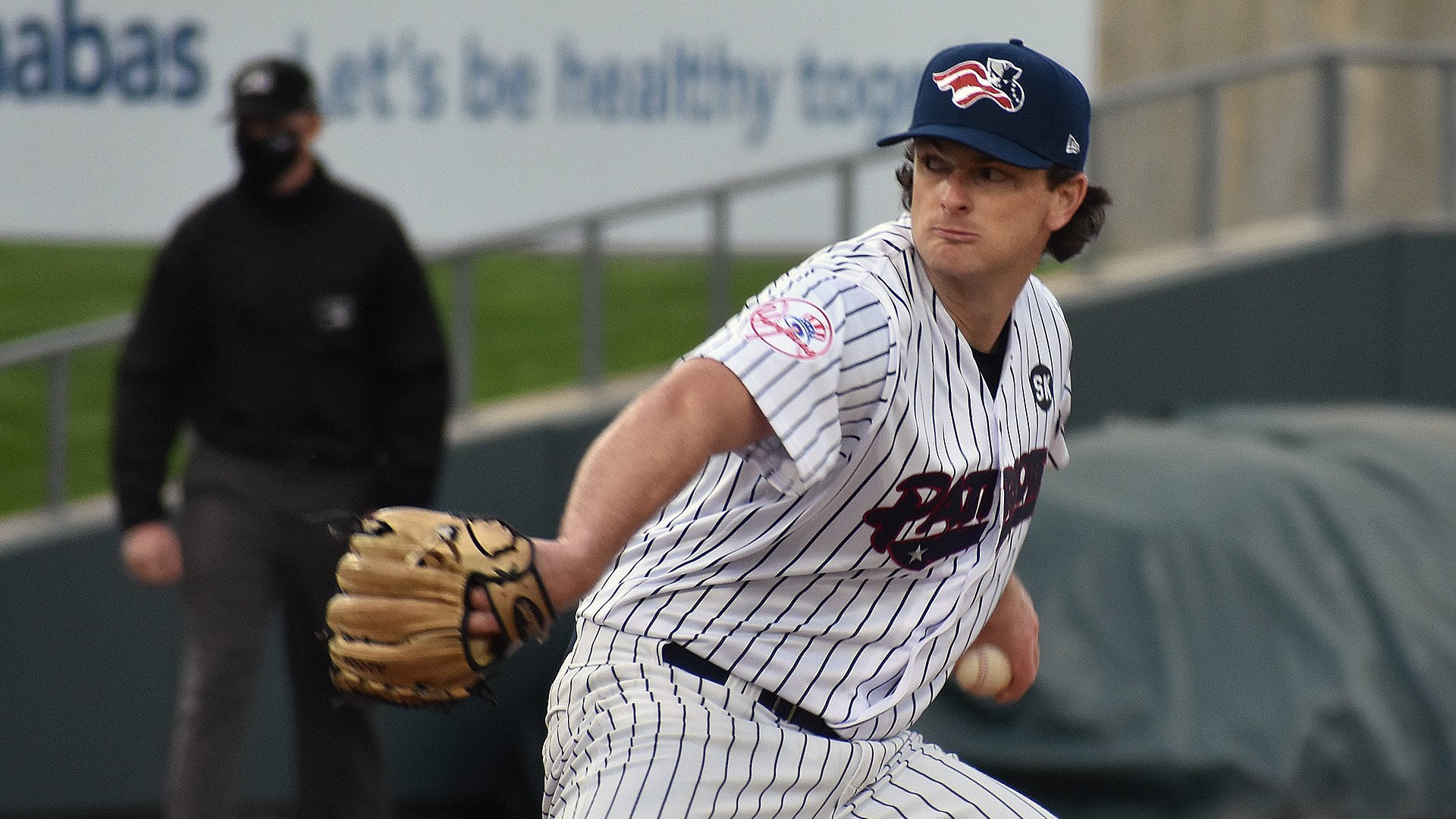 Wednesday night in the New York Yankees organization brings some intriguing games. The Triple-A Scranton Wilkes-Barre Railriders will look to win their seventh game in a row tonight and High-A Hudson Valley sends a pitcher to the mound who dominated in his first start. Read more about these games with our daily Pinstriped Previews: 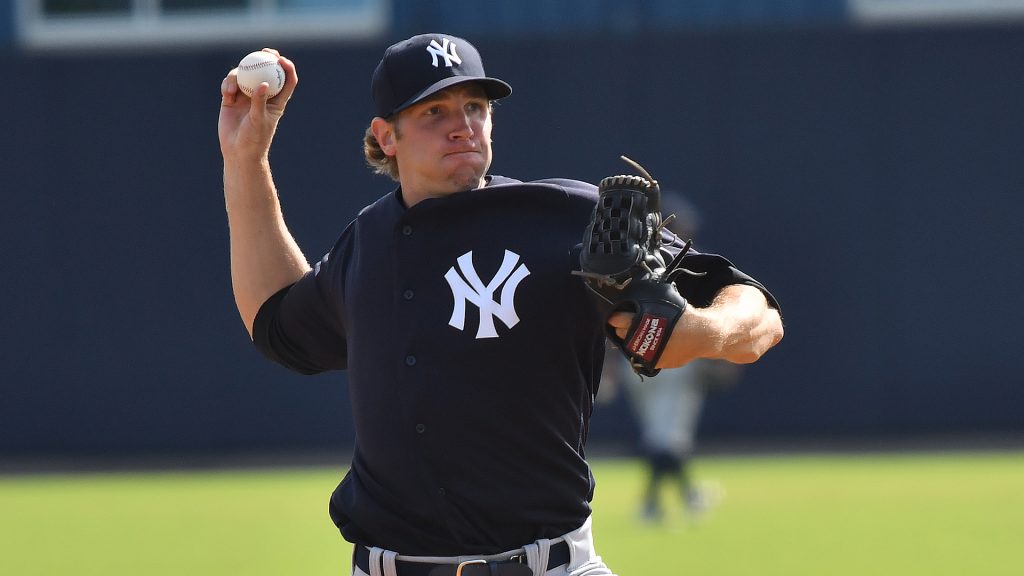 Tonight, the RailRiders will go for their seventh consecutive win with Koerner on the mound. Last night, Deivi Garcia threw five scoreless innings, allowed three hits, and struck seven while walking a batter on 82 pitches (49 strikes). Koerner will look to continue the momentum.

On May 5 against the Syracuse Mets, Koener struggled with command. However, he was able to keep the Mets off the scoreboard. He went four scoreless innings, allowed one hit, walked three, and struck out four on 51 pitches (28 strikes).

After walking two of the first three hitters he faced, the 27-year-old retired 9 of the final 11 hitters he faced in the no-decision. Koerner faced the IronPigs three times in 2019 and went 0-2 while allowing ten earned runs over 13.2 innings of work.

Falter was a 5th Round pick of the Philadelphia Phillies back in 2015. The 24-year-old left-hander made his MLB debut out of the bullpen on April 25 in Colorado. He allowed two runs on four hits and struck out a pair of batters in two innings of relief.

Tonight will be Falter’s second career start at Triple-A. On May 6 against the Rochester Red Wings, he went four innings, allowed four runs on four hits, walked two batters, and struck out five on 75 pitches (49 strikes). According to FanGraphs, Falter has a fastball that averages at about 92 miles-per-hour to go with a cutter, changeup, and an occasional breaking ball.

Falter faced Trenton when he was with Double-A Reading in 2019. He went five innings, allowed four runs on eight hits and walked a batter in a loss. Chris Gittens will be one to watch in this game. The first baseman went 2-for-4 with a walk and a three-run home run in the bottom of the first. 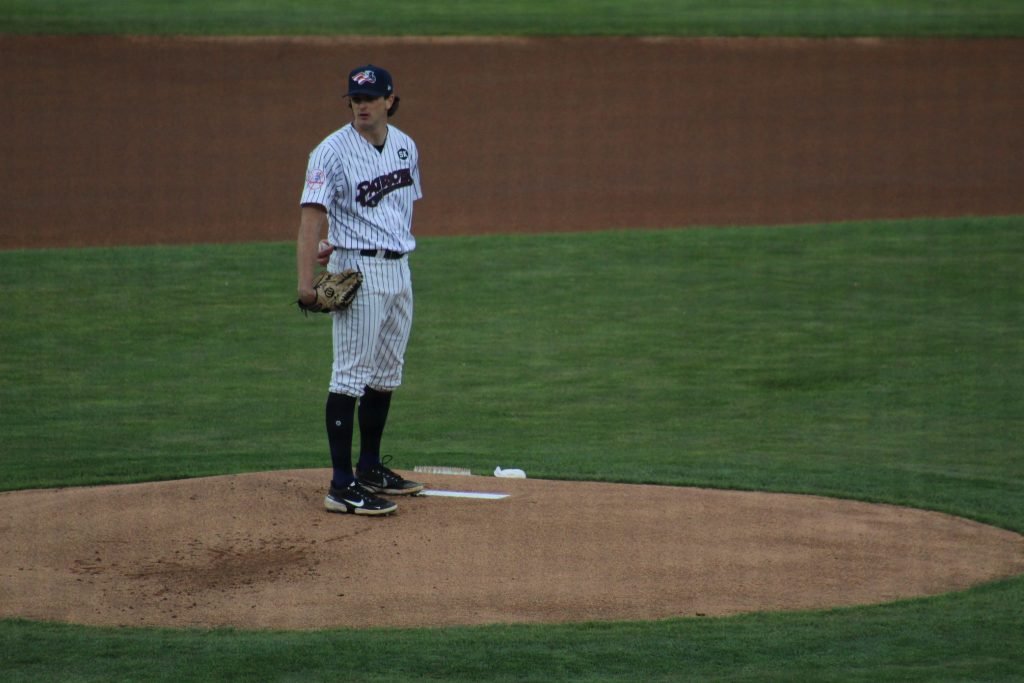 After losing last night’s game via a walk-off walk, the Patriots will turn to left-hander Matt Krook, who is making his second start in the Yankees organization. In his first start on May 6 against Harrisburg, the 26-year-old southpaw went 2.2 innings, allowed two runs on one hit (home run), walked one, and struck out three on 51 pitches (30 strikes).

Krook will likely be followed by Carlos Espinal. The 24-year-old right-hander was used to piggyback Krook in that Harrisburg game and allowed only one hit, walked one, and struck out three over 3.1 scoreless innings of relief.

The FisherCats will hand the ball to Luciano, who already has MLB experience. The 21-year-old made his big league debut on March 31, 2019 and ended up making 25 appearances out of the bullpen (5.35 ERA, 27 strikeouts, 24 walks in 33.2 innings pitched).

In his first start in the minor leagues since 2018, he faced the Portland SeaDogs and went four innings, allowed three runs on three hits, walked three, and struck out six on 78 pitches (49 strikes) in a no-decision. According to FanGraphs, Luciano’s fastball averages out at 94 mph to go with a slider and changeup.

On Tuesday night, Thomas Milone continued his hot hitting at the plate. He went 2-for-4 with a double and a solo home run in the top of the fifth. The left fielder hit his second home run of the year and has recorded at least one hit in four of the six games he has played.

In their first game as a Yankees affiliate, the Renegades offense was held to two hits and they struck out ten times. The offense has scored one run or fewer in three of the last five games.

Hayden Wesneski was the starter for one of those games and he had an impressive High-A debut. While Wesneski is know more for getting the ball down in the zone with his sinker, he had a high strikeout total on May 6 against Jersey Shore. He allowed one run on one hit and struck out eight over five innings of work. He threw only 53 pitches (38 strikes) in the loss.

The eight strikeouts was a professional-high for Wesneski as he goes back into the starting rotation after being a reliever for Rookie-Level Pulaski in 2019. Out of those eight K’s, six of those were swinging. In seven games, the Renegades pitching staff has 95 strikeouts (13 more than any other team) and have held opponents to a .146 batting average.

Aberdeen will start Kyle Brnovich. Like Garrett Stallings last night, Brnovich is another pitcher in his first year with the Orioles organization. Back in December 2019, the 23-year-old was one of four pitchers acquired by Baltimore in the deal that sent Dylan Bundy to the Los Angeles Angels of Anaheim.

On May 6 against Wimington, Brnovich was very good. He allowed only one hit and struck out six over five scoreless innings on 58 pitches (46 strikes). While Hudson Valley’s pitching has been great, Aberdeen’s ERA has been outstanding as well. The IronBirds have an ERA of 1.74 after seven games and have held opponents to 12 earned runs while only walking 12. 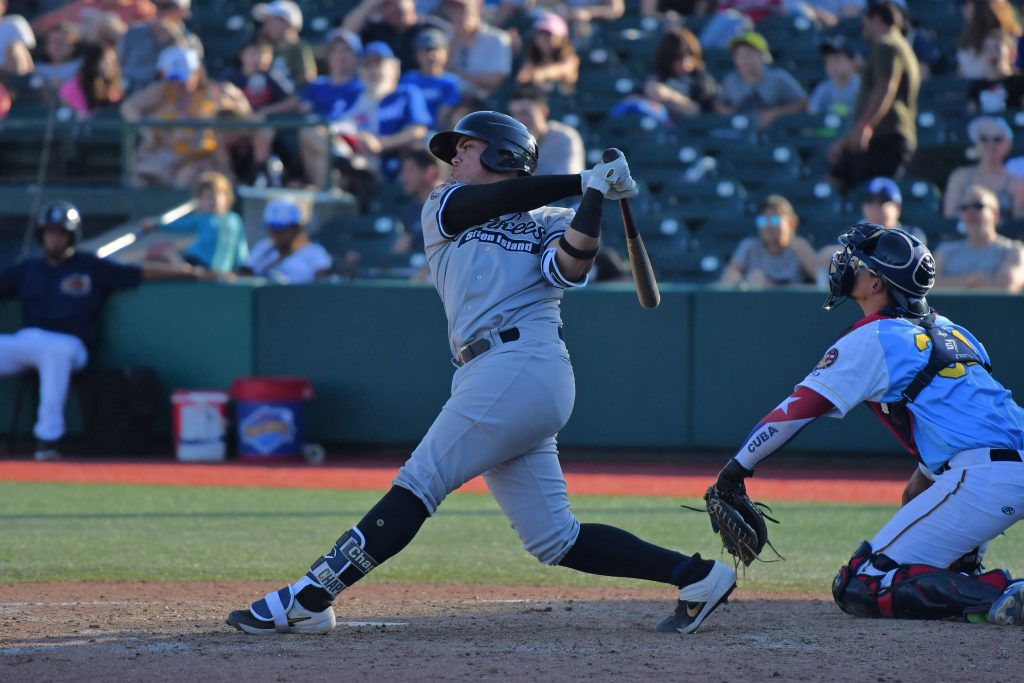 The Tarpons started their series against the Flying Tigers with a 5-1 win on Tuesday. Austin Wells had a multi-hit game as he went 2-for-4 with an RBI and the team got a pair of solo home runs from Carlos Narvaez and Andres Chaparro.

MILB.com has Tampa’s starter listed as right-hander Sean Boyle. If Boyle were to get the start, he might not go as deep into the game since he last pitched on May 9. Still, the 24-year-old right-hander has allowed one unearned run on one hit and struck out four in four innings (two relief appearances).

If the Tarpons go by their opening series rotation, then Ryan Anderson would get the ball in this game. The 22-year-old left-hander last pitched on May 7 against Dunedin and had a rough outing. He allowed four runs on four hits, struck out two, and walked two on 42 pitches(24 strikes) in 1.1 innings of work.

When Anderson was selected by the Yankees in the 12th Round of the 2019 MLB Draft out of Nevada, we got the chance to speak to him and he told us he likes his changeup to go with his fastball and curveball and he also throws out of the ¾ arm slot. Here is how Anderson described his pitch arsenal:

“I would say I am really deceptive, I have really long limbs, 6″6, 200 pounds, so I got a lot of arms and legs coming at you when I’m throwing. Three-pitch mix. Fastball, curveball, changeup. I like to compete and go out there and get hitters out.”

The Flying Tigers will counter with Guzman. The 22-year-old right-hander was signed as an international free agent in 2015 out of Venezuela. Back in 2019, he was with Low-A West Michigan and went 2-2 with a 2.73 ERA in seven starts. In 33 innings of work, he struck out 27 batters and walked 18 while only hitters to a .197 batting average.

On May 6 against the Clearwater Threshers, Guzman took the loss in his start. He went 3.2 innings, allowed five runs (four earned) on eight hits and struck out five on 72 pitches (47 strikes). He did not allow a home run, but as Tampa has shown in the first seven games, they can take advantage of a pitcher’s mistakes.

If you want more information on Guzman, check out an article written in 2019 by the people over at Bless You Boys, a Tigers site on SB Nation. They talk about Guzman having a good feel for his changeup and how he has gone from being an infielder to taking the mound.