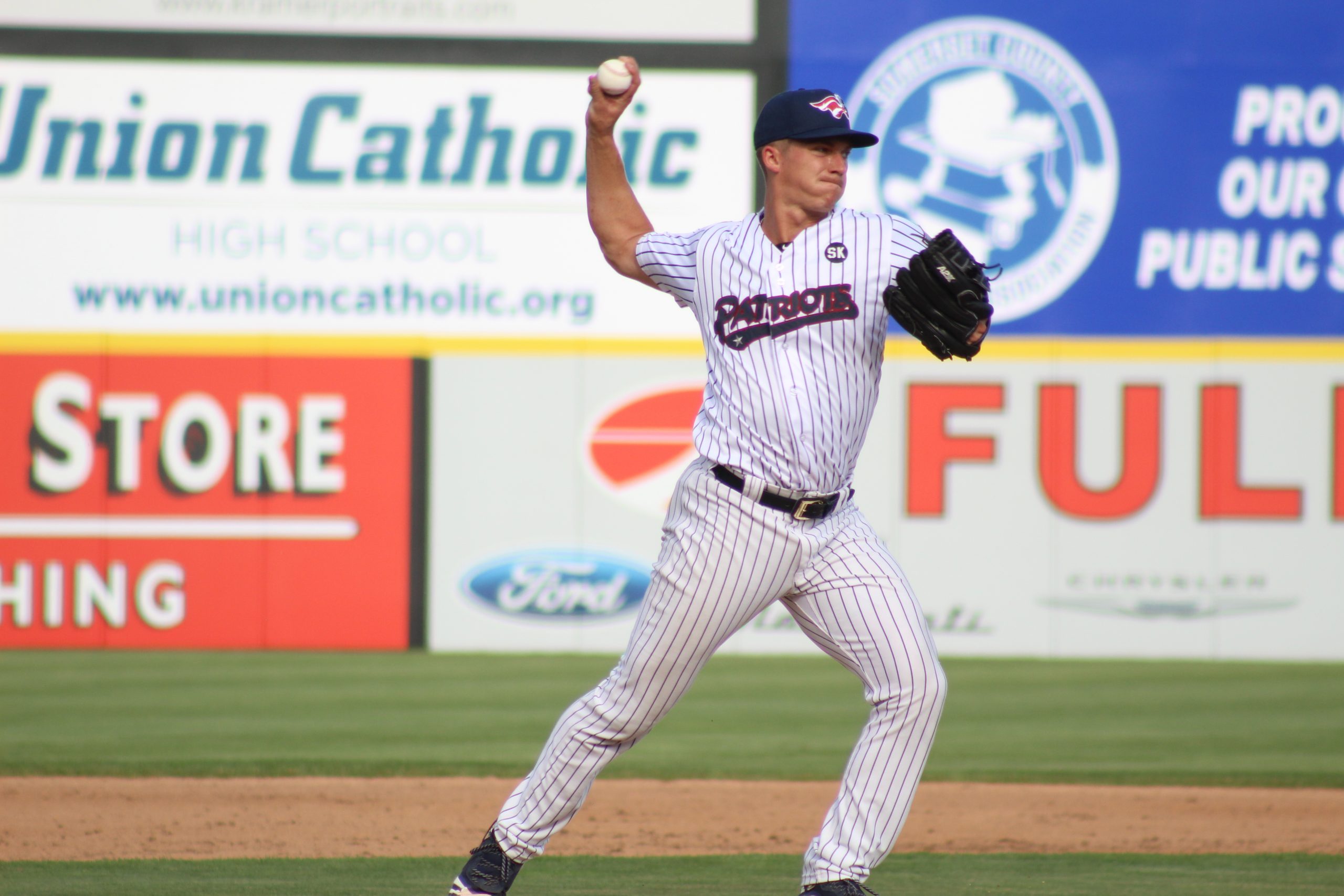 Seven games will be played in the Yankees organization on Saturday and that includes three doubleheaders due to rainouts on Thursday. Find out which players get the ball today in our Pinstriped Previews:

After dominating Syracuse for the bulk of the season, the Mets have taken two of the first three games in this series. Last night, the RailRiders lost a 2-1 game in 10 innings. Today, they will play two games due to a rainout on Thursday.

In Game 1, Asher Wojciechowski will take the ball for the RailRiders. Wojciechowski will be making his third Triple-A start in the Yankees organization today. On July 4 against Worcester, the 32-year-old right-hander went 3.1 innings, allowed two runs on four hits, and struck out four on 46 pitches (32 strikes) in a loss.

He will go up against another veteran in Vance Worley. Worley was signed by the Mets to a minor league contract on June 24. The 33-year-old right-hander will be making his fourth start for Syracuse. On July 4 against Rochester, Worley went eight innings, allowed one run on six hits, walked one, and struck out four on 91 pitches (61 strikes) in a win.

For Game 2, Scranton Wilkes-Barre will go with Krook. The 26-year-old lefty wll be making his fourth appearance (third start) in Triple-A and is coming off of a rough outing in his last start on July 3 against Worcester. In that game, he went 2.2 innings, allowed four runs on three hits, walked five, and struck out five on 72 pitches (36 strikes) in a loss.

Krook faced Syracuse in his first Triple-A outing out of the bullpen on June 20. He threw 2.1 hitless innings, walked three, and struck out four on 38 pitches (20 strikes).

Syracuse will go with Akeem Bostick, who was scheduled to pitch Thursday’s game before it was rained out. Bostick hasn’t started a game for the Mets since June 27. He last faced the RailRiders on June 15. In that game, he went five innings, allowed two runs on five hits, walked three, and struck out two on 93 pitches (54 strikes) in a no-decision. The one home run he allowed came off the bat of Estevan Florial, who went 3-for-5 with a home run, two doubles, and three RBIs in that game. 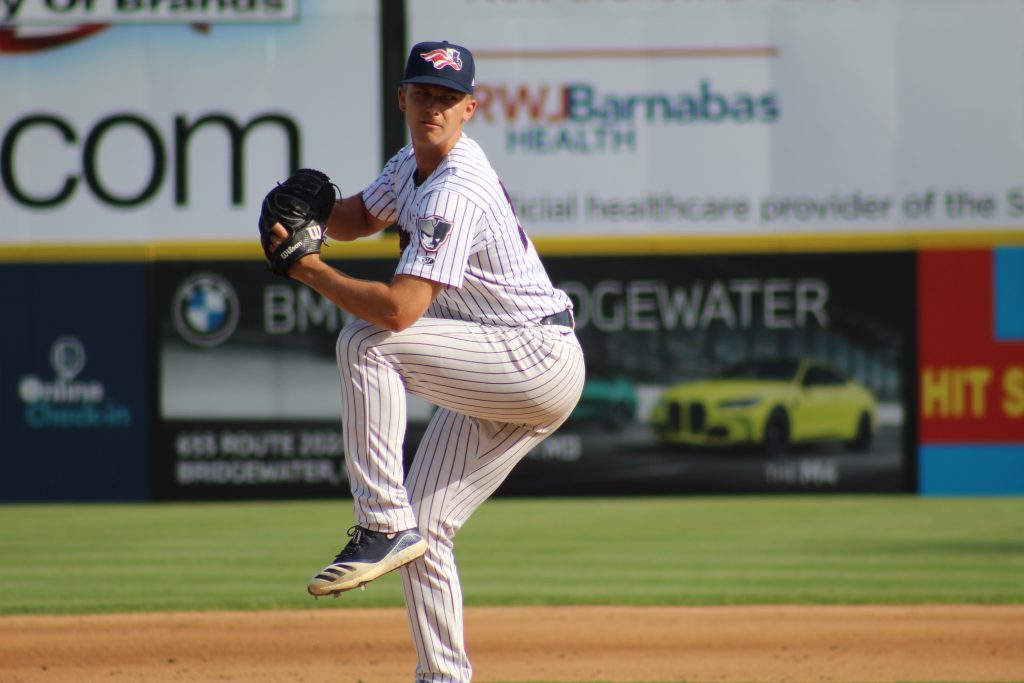 These two teams have split the first four games of this series with all four games being played as part of two doubleheaders. On Friday, Somerset took Game 1, 9-2, as Diego Castillo had two doubles out of the leadoff spot and Oswaldo Cabrera hit a grand slam in the bottom of the third for his third home run in two days. In Game 2, Erie was able to pick up the win, 4-1, in 6 innings.

Somerset looks to secure at least a split of the series today with Glenn Otto on the mound. Otto was dominant in his last outing on July 3 against Harrisburg. He allowed one hit, walked a batter, and struck out 12 over seven scoreless innings (63 of 88 pitches were strikes) in a win.

Otto has struck out 10 batters or more in five of his last eight starts and he has 60 strikeouts in his last six outings dating back to June 2. One of those double-digit strikeout outings came on June 8 against Erie. In that outing, the 25-year-old went 6.2 innings, allowed six runs on six hits, walked a batter, and struck out 10 on 92 pitches (65 strikes) in a loss.

Erie will go with A.J. Ladwig. The 28-year-old right-hander was selected by the Tigers in the 11th Round of the MLB Draft back in 2014. His last start was against Reading on July 2, where he picked up a no-decision. He went five innings, allowed one run on four hits, walked a batter, and struck out six on 94 pitches (63 strike).

Ladwig faced Somerset back on June 9. He went three innings, allowed two runs on two hits, and struck out four. The lone home run he gave up came off of the bat of Cabrera, so don’t be surprised if the third baseman’s home run streak continues today. 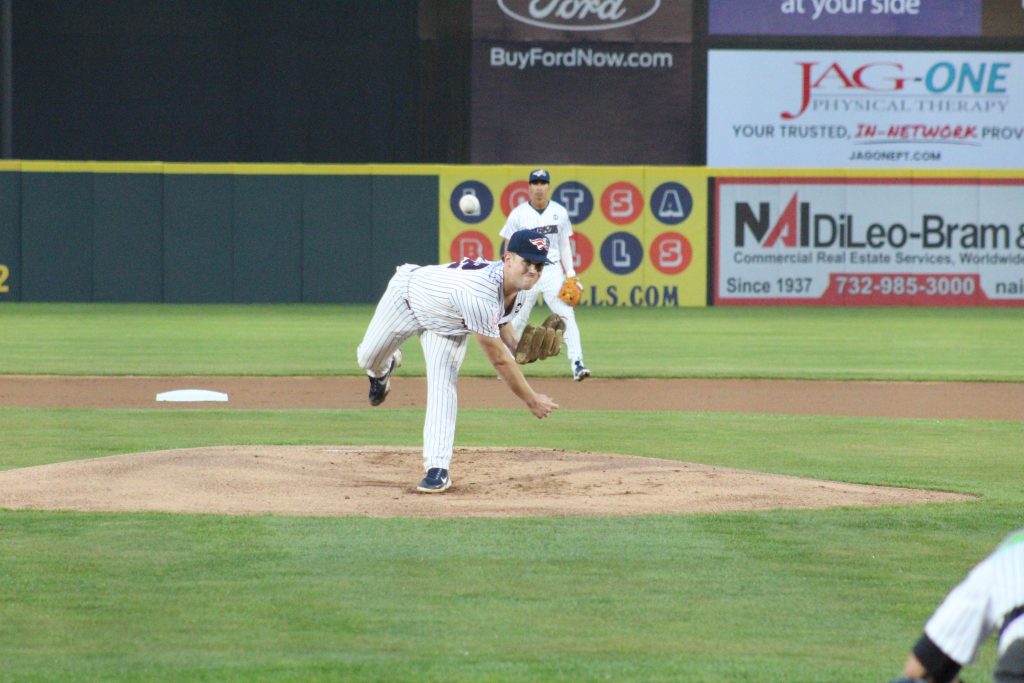 Like the RailRiders, the Renegades are playing two games today due to a rainout on Thursday. Hudson Valley enters today’s game on a five-game win streak after their 6-4 win over the Cyclones on Friday.

Josh Breaux continued his success at the plate as he went 3-for-4 with a double, a solo home run, and two RBIs. Anthony Seigler was 2-for-4 with a double and drove in a pair of runs and Josh Smith had a multi-hit night with a walk, a double, and an RBI as well. On the mound, Jhony Brito allowed two runs and struck out seven over seven innings in a win.

For Game 1, Mitch Spence takes the ball for the Renegades. Since moving to the rotation on May 27, Spence has allowed two runs or fewer in six of his his seven starts. The 23-year-old last pitched on July 3 against Jersey Shore and went five scoreless innings, allowed three hits, and struck out five on 76 pitches (50 strikes) in a win.

Spence will be facing Brooklyn for the third time this year. His lone start against them was on June 10 when he allowed one hit, walked a batter, and struck out five over four scoreless innings (38 of 57 pitches for strikes).

Brooklyn will go with Connor Grey. Grey was signed by the Mets to a minor league deal last month. He was selected in the 20th Round of the 2016 MLB Draft by the Arizona Diamondbacks and today will be his third start with the Cyclones.

On July 2 against Aberdeen, the 27-year-old right-hander went four innings, allowed three runs (two earned) on four hits, walked three, and struck out six on 93 pitches (61 strikes) in a no-decision. Grey has struck out six batters in each of his two outings in High-A.

In Game 2, Shawn Semple will start for Hudson Valley. The 25-year-old right-hander wasn’t as dominant as he was in his first two starts back on July 4 against Jersey Shore, but it was still a quality outing. He went six innings, allowed three runs on four hits, walked three, and struck out four on 89 pitches (59 strikes) in a win.

With the Renegades, Semple has 32 strikeouts to 8 walks in four starts (24 innings) and has held opponents to a .125 batting average.

Don’t be surprised if reliever Sean Boyle gets into one of these games today. The 24-year-old right-hander from Selden, New York was promoted to High-A on July 6 after posting a 2.22 ERA in 11 outings (four starts) with Low-A Tampa.

Brooklyn will go with Justin Lasko. The 24-year-old right-hander has allowed one run or fewer in three of his six starts since being promoted to High-A on May 29. Against Aberdeen on July 3, Lasko threw six scoreless innings, allowed four hits, walked two, and struck out five on 86 pitches (50 strikes) in a no-decision.

Lasko did face the Renegades on June 9. He ended up taking the loss as he went 5.2 innings, allowed three runs on four hits, walked a batter, and struck out eight (tied a season-high) on 86 pitches (56 strikes). He allowed two home runs in that game, one to Josh Smith and one to Ezequiel Duran. 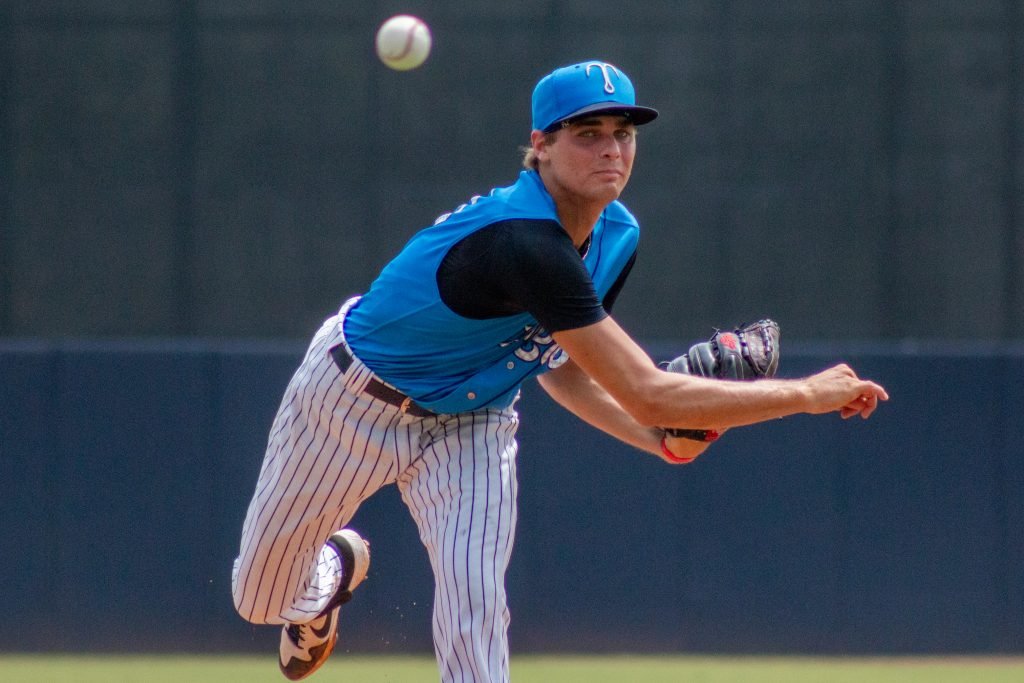 Trevor Hauver drove in all three runs with a home run in the top of the first and Jake Sanford added a home run of his own in the sixth. On the mound, Randy Vasquez was dominant as he allowed two hits and struck out five over six scoreless innings in the win.

In Game 1, Tampa will go with Beck Way. The 4th Round pick from 2020 had a new professional-high for strikeouts in an outing in his last start on July 4 against Jupiter. The 21-year-old right-hander went three innings, allowed one run on two hits, and struck out four on 38 pitches (25 strikes). Way made his professional debut against Dunedin on May 26 (1.1 IP, 2 H, 2 BB, 1 K).

No starter has been listed for Game 2 for either team, but be sure to follow our Tampa beat writer, John Brophy, who is in Dunedin this weekend for this series