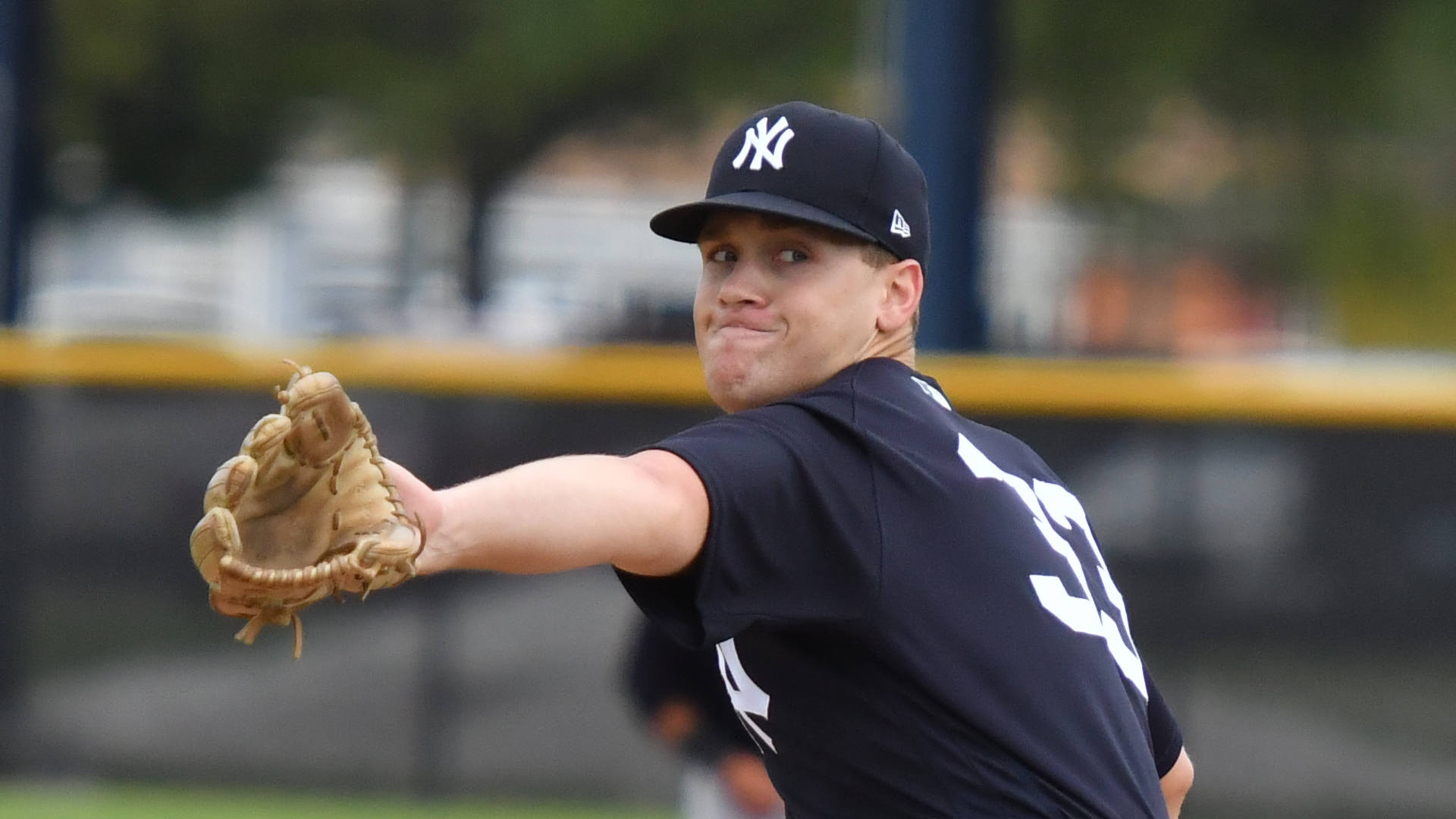 After going .500 on opening night, the Yankees affiliates look for a better showing tonight as their full-season affiliates set to continue their opening series. Throughout the farm system, the Yankees will be sending several under-the-radar arms to the mounds at each level.

Coming off of a loss on Opening Day, the RailRiders are looking to bounce back with Brody Koerner on the hill. Koerner has been a mainstay in the Yankees farm system since being drafted in 2015 and is coming into 2021 with 148 2/3 career innings at Triple-A with the RialRiders. In 2019, he was 4-6 with a 5.63 ERA over 21 games, 16 starts, 89 strikeouts, and 37 walks in 112 innings, and went 0-2 with a 2.36 ERA over six starts for the Double-A Trenton Thunder. Koerner struggled as a reliever with Scranton, posting a 7.89 ERA over five relief appearances.

The RailRiders offense will once again have Yankees first baseman Luke Voit and them on a rehab assignment. Voit went 2-for-3 with a double on opening day in his first rehab appearance. He was one of three RailRiders batters with multiple hits on Opening Day; the others were Socrates Brito and Chris Gittens.

They will be facing off against Mets’ right-handed pitcher Jesus Reyes. Reyes was a Rule 5 pick by the Mets in 2020 after spending his first five seasons with the Cincinnati Reds. He has just seven starts at the Triple-A level out of 52 total appearances. All of his starts came in 2019 with the Louisville Bats. The right-hander is primarily a sinker-ball pitcher throwing it for over 60% of his pitches and reaching a velocity of 94 miles per hour with the pitch.

New Jersey-native Shawn Semple returns to Double-A today for his first game as a member of the Somerset Patriots. The right-hander appeared in seven games, six starts, for the Double-A Trenton Thunder in 2019, pitching to a 5.00 ERA with 34 strikeouts and 19 walks in 36 innings pitched. So far, he has spent the bulk of his career In High-A, pitching to a 4.46 ERA over 14 starts for the Tampa Tarpons. Semple is not a hard-thrower like his rotation-mate Luis Gil, relying mostly on impeccable command with his three-pitch mix.

Somerset exploded onto the affiliated scene in their first game since moving over from the independent Atlantic League. Estevan Florial kicked things off early yesterday with a leadoff home run, but it was Thomas Milone who impressed with the bat in last night’s game. The minor league free agent signee was 2-for-2 with two runs scored and three RBIs, and a walk in the game. Those RBIs came on a big home run in the first inning.

Somerset will be facing right-handed pitcher Mario Sanchez. The former international free agent has bounced around, starting with the Nationals, before going to the Phillies in a trade and then back to Washington on a free-agent contract. He has spent the bulk of his career in Double-A with 170 innings between the Reading Phillies and the Harrisburg Senators. He also has primarily worked as a reliever in his minor league career, having just 46 starts over 158 total games across all levels.

Left-handed pitcher Ken Waldichuk is looking to follow up on Luis Medina’s strong performance on Opening Day. This will be his Class-A debut, having played his first professional season in 2019 with the Rookie-level Pulaski Yankees. It was in Pulaski where he worked to build up his velocity and now possesses a fastball that gets into the high-90s at times. The former fifth-round pick out of St. Mary’s worked to a 0-2 record with a 3.68 ERA over 10 starts with 49 strikeouts over 29 1/3 innings for Pulaski in 2019.

The Renegades offense is looking to bounce back after struggling in the first game of the season. They managed two runs on five hits; Isaiah Pasteur and Pablo Olivares accounted for the only two runs. No member of the Hudson Valley lineup managed more than one hit; Oswald Peraza struggled the most going 0-for-4 with two strikeouts and leaving six runners stranded on base.

The ‘Gades will be facing right-handed pitcher Kevin Gowdy. The one-time #11 prospect in the Phillies organization has battled injuries throughout his career, having missed the 2017 and 2018 seasons before joining the then Lakewood BlueClaws in 2019. Overall, he owns a 0-7 record with a 4.60 ERA and 62 strikeouts, and 53 walks over 86 innings pitched. When drafted in 2016, he was the 39th best prospect in the draft by Baseball America with a low-90s fastball.

Like the Patriots above, the Tarpons are changing things up, going from Matt Sauer as their opening day starter to Harold Cortijo as their starter today. Cortijo was a teammate of Sauer with the Staten Island Yankees in 2018 and has spent most of his career as a starter since being drafted in 2017. Over 34 career games, 23 starts, he owns a 3.39 ERA with 142 strikeouts over 146 innings of work. In 2019, he started 14 games for the Low-A Charleston RiverDogs, working to a 3.45 ERA. Cortijo’s s fastball is in the low-90s and will occasionally hit 95 but not often and relies on a changeup to get batters to hit the ball on the ground.

At the plate, it will difficult for the Tarpons to repeat the incredible performance their lineup had on opening day. The Tarpons roster combined for 11 runs on 12 hits, with the top four (Volpe, Wells, Hauver, and Sanford) accounting for 11 of those 12 hits. Hauver crushed two home runs, and Wells homered as well. The bottom of the lineup went a combined 1-for-20 in the game, leaving 21 runners on base.