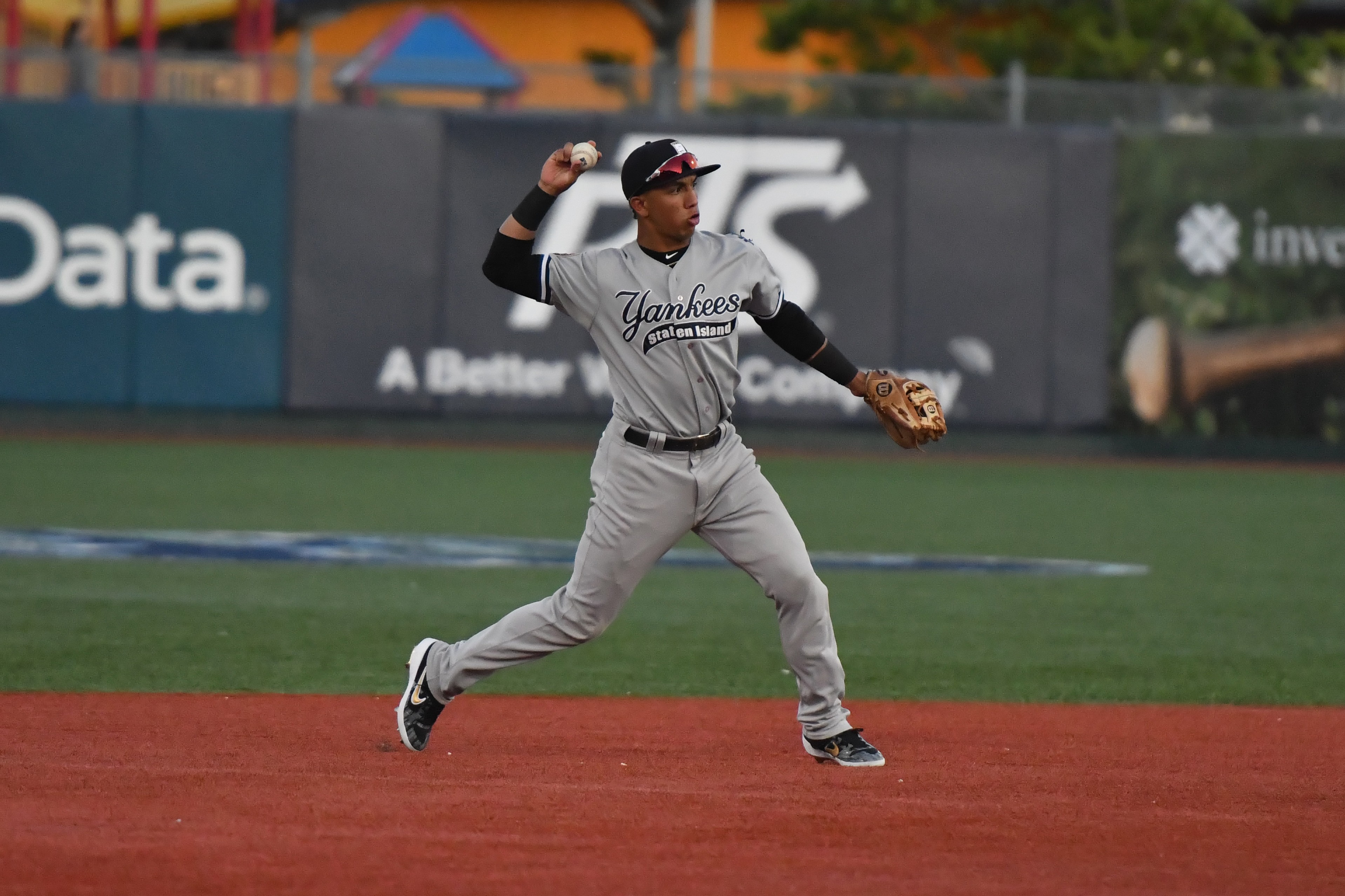 The second six-game series of the year for all four New York Yankees affiliates is close to wrapping up. On Saturday, Luis Gil will make his third start of the year for Somerset while Oswald Peraza looks to continue his home run streak for the Hudson Valley Renegades. Read about what to expect in those games with today’s Pinstriped Previews: 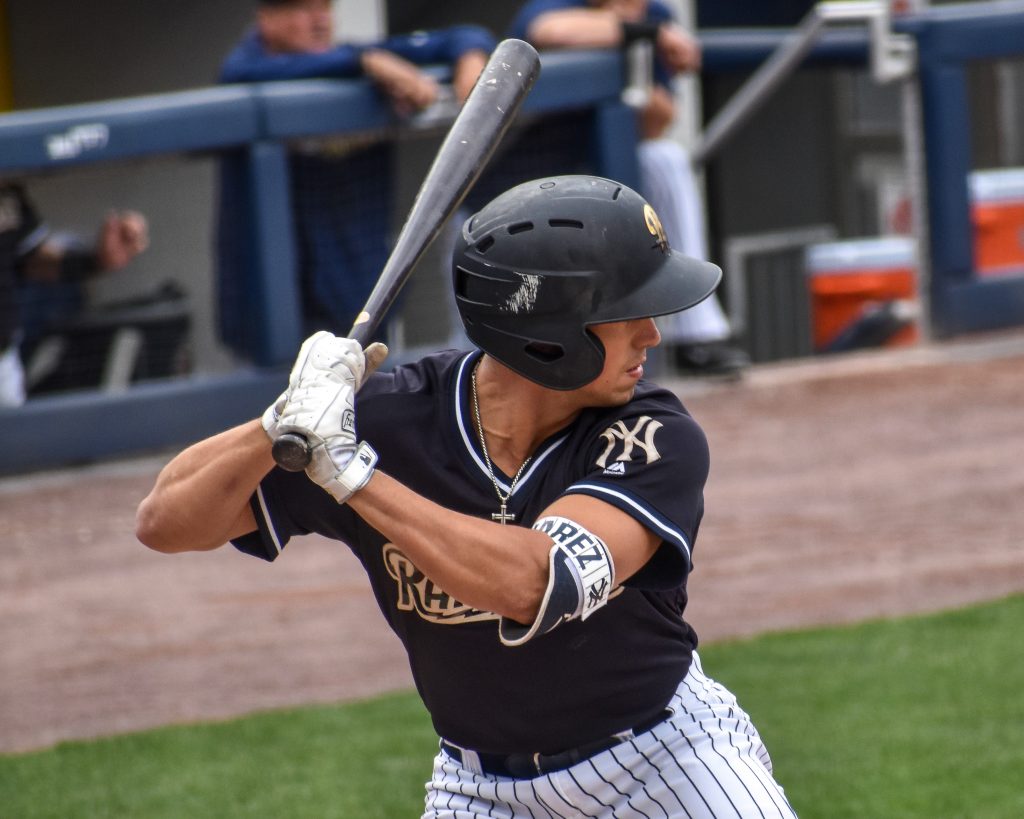 The RailRiders clinched at least a split of the six-game series on Friday with a 5-3 victory. Despite Brian Keller only going 2.1 innings in his start, the bullpen held Lehigh Valley to one run over the final 6.2 innings led by Kyle Barraclough, who struck out four in 1.2 hitless innings in relief of Keller.

On the offensive side, Armando Alvarez had his best game of the season. The third baseman went 1-for-4 with a two-run home run in the bottom of the third, which was part of a five-run inning for the team.

Today, the RailRiders hand the ball to 31-year-old Mike Montgomery. The left-hander is making his third start of the season. On May 9 against Syracuse, he went 3.1 innings, allowed five runs on four hits, walked four, and struck out two on 66 pitches (31 strikes). So far, he has five walks in 7.2 innings in his first two games.

For Lehigh Valley, Adonis Medina will get the start. The 24-year-old made his MLB debut last season for the Phillies after spending the entire 2019 season with Double-A Reading.

In his first two starts at the Triple-A level, Medina is 1-0 with a 4.50 ERA. He has eight strikeouts to two walks over eight innings of work. In his last start against Rochester on May 9, he allowed one run (solo home run) on four hits, walked one, and struck out six 71 pitches (49 strikes).

Currently, Medina is the 11th ranked prospect in the Phillies organization according to MLB Pipeline. He has a fastball that can get up to 95-96 mph in terms of velocity and it has sinking action. He also has a changeup and a slider in his pitch arsenal.

All eyes in Moosic, Pennsylvania could be on the outfield today. Since the Yankees major league and Triple-A squads have had a few injuries, Estevan Florial received the call-up from Double-A Somerset. Florial will be making his Triple-A debut. 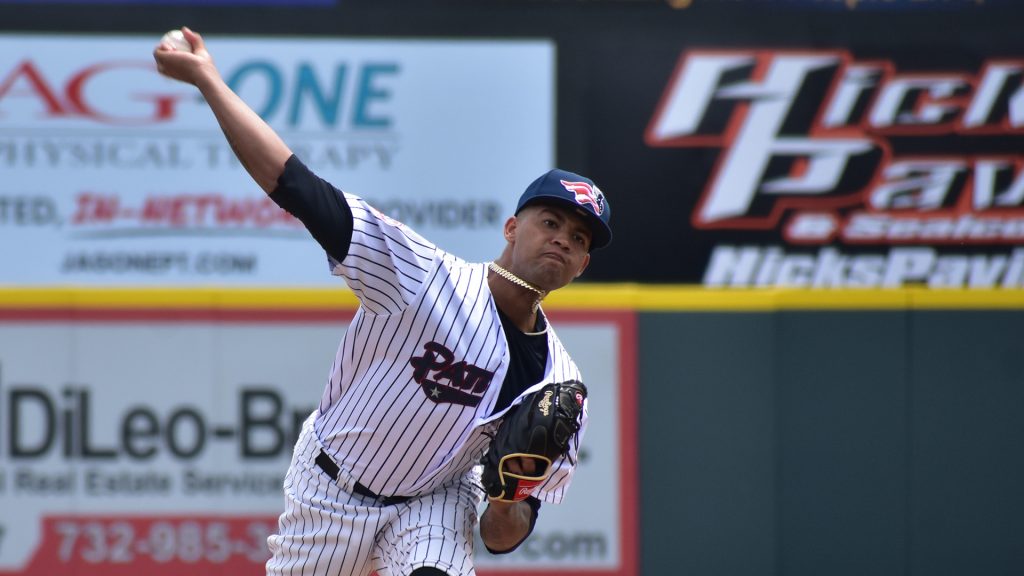 Luis Gil pitching for the Somerset Patriots on May 9, 2021. (Chris Jones)

The Patriots still have a chance to get a split in this series and they will have their top starter, Luis Gil, on the mound tonight in New Hampshire. In his second start against Harrisburg on May 9, Gil went three innings, allowed five runs (three earned) on four hits, walked three, and struck out five on 70 pitches (38 strikes) in a no-decision.

Back in 2019, Gil walked three or more batters in 8 of the 20 starts that he made in 2019 for Low-A Charleston and High-A Tampa at the time, Our own Matt Kardos, who covers Somerset, said on the From The Back Fields To The Bronx podcast that his stuff was there on Sunday, but command and probably seeing an opponent a second time in a week could have played a factor in his outing,

After throwing five scoreless innings in his first start of the year (a victory), Logue faced Portland a second time on May 9 and took a no-decision. In 4.2 innings of work, he allowed five runs on four hits, two home runs, walked a batter, and struck out eight on 87 pitches (60 strikes).

The eight strikeouts for Logue tied the most that he had in any start with New Hampshire in 2019. He faced the Double-A Yankees affiliate in Trenton three times in 2019 and went 0-2 in those games. Over 13.2 innings, he allowed seven runs on 11 hits and four home runs. None of those four home runs were hit by anyone on the Somerset roster.

In Friday night’s 7-3 loss, Dermis Garcia might have had the big hit he needed to bounce back. The power hitter went 1-for-2 with two walks and hit his first home run of the season. While Garcia can put up high strikeout numbers, he has one of the better power bats in the system, so maybe that hit gets him on a hot streak. 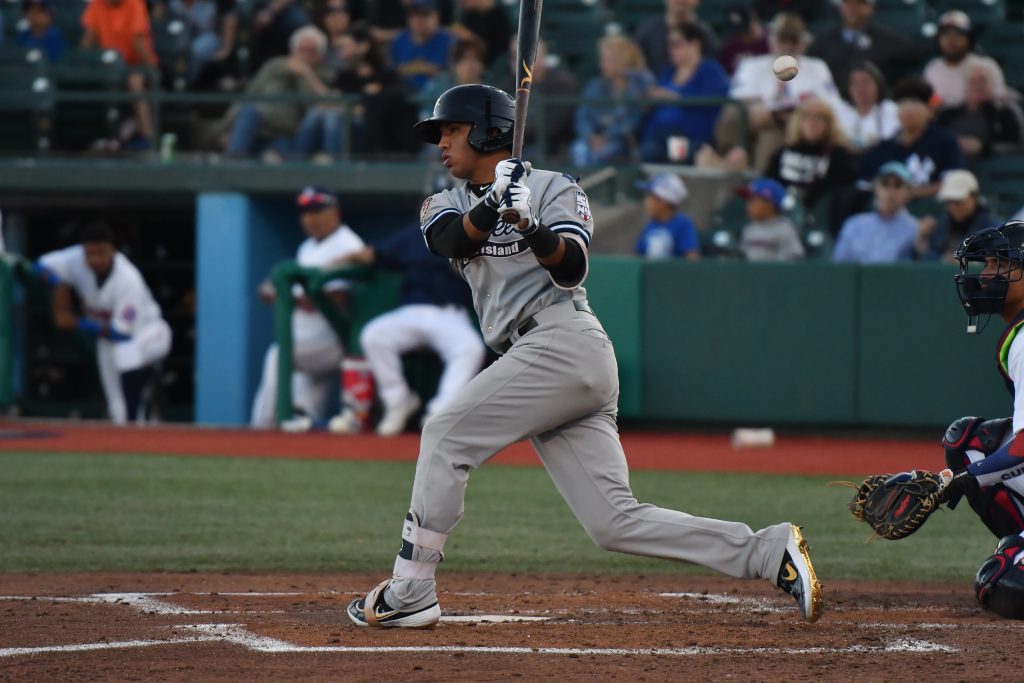 The Renegades are looking for their first three-game win streak of the season and they have a red-hot bat at the top of the lineup right now in shortstop Oswald Peraza. After a slow start to the season, the shortstop has four home runs in the last three games.

On Friday night, he went 2-for-2 with the multiple dingers and four RBIs. In this series, Peraza is 5-for-13 with seven RBIs and 17 total bases. He wasn’t even in the starting lineup last night, yet he still found a way to contribute in a big way.

Oliver Dunn also had a big night at the plate. He was in the leadoff spot and went 2-for-5 with a double and a two-run home run in the bottom of the sixth. The 11th Round pick in 2019 had the second-most RBIs he had in a game in his career so far. He is one of those sleeper prospects you might want to keep an eye the rest of the way.

Luis Medina ended up getting the start last night, so this should be the start where Jio Orozco gets the ball for Hudson Valley since Ken Waldichuk will be on full rest to pitch the series finale. 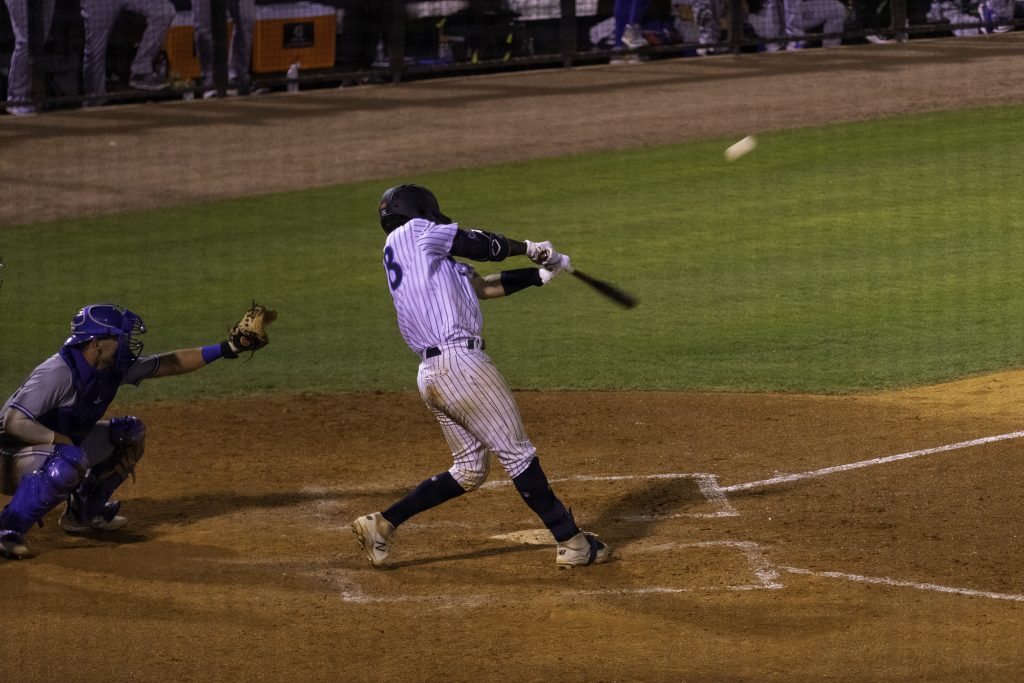 Just like Hudson Valley’s series, the Tarpons have split the first four games with the Flying Tigers. On Friday night, it was Austin Wells who shined with the bat. The Yankees’ 1st Round pick in last year’s draft went 2-for-5 with a triple and he drove in three runs to put him at double-digit RBIs for the season (10).

It is early in the season, but Wells already has four multi-hit games out of the nine games he has played in. Wells is part of the top of the order for Tampa that includes Anthony Volpe (two RBIs last night) and Trevor Hauver (five walks in the last two games).

Tampa’s offense will go up against Cleiverth Perez tonight. Perez was signed as an international free agent out of Venezuela in 2016. He has mainly pitched in Rookie ball outside of one start for Short-Season Connecticut in 2019. He spent the bulk of that season for the GCL Tigers and made 10 starts (9 appearances). The 21-year-old went 1-3 with a 3.54 ERA. He struck out 26 batters to only 9 walks in 40.2 innings of work.

The Tarpons have Randy Vasquez listed as a starter for tonight’s game. However, he last pitched on May 11 (Tuesday), so it is tough to expect he will get the ball on three-days rest in this game. Whether it is tonight or tomorrow, it will be te second time that he faces Lakeland this series, so it will be an interesting test for him.