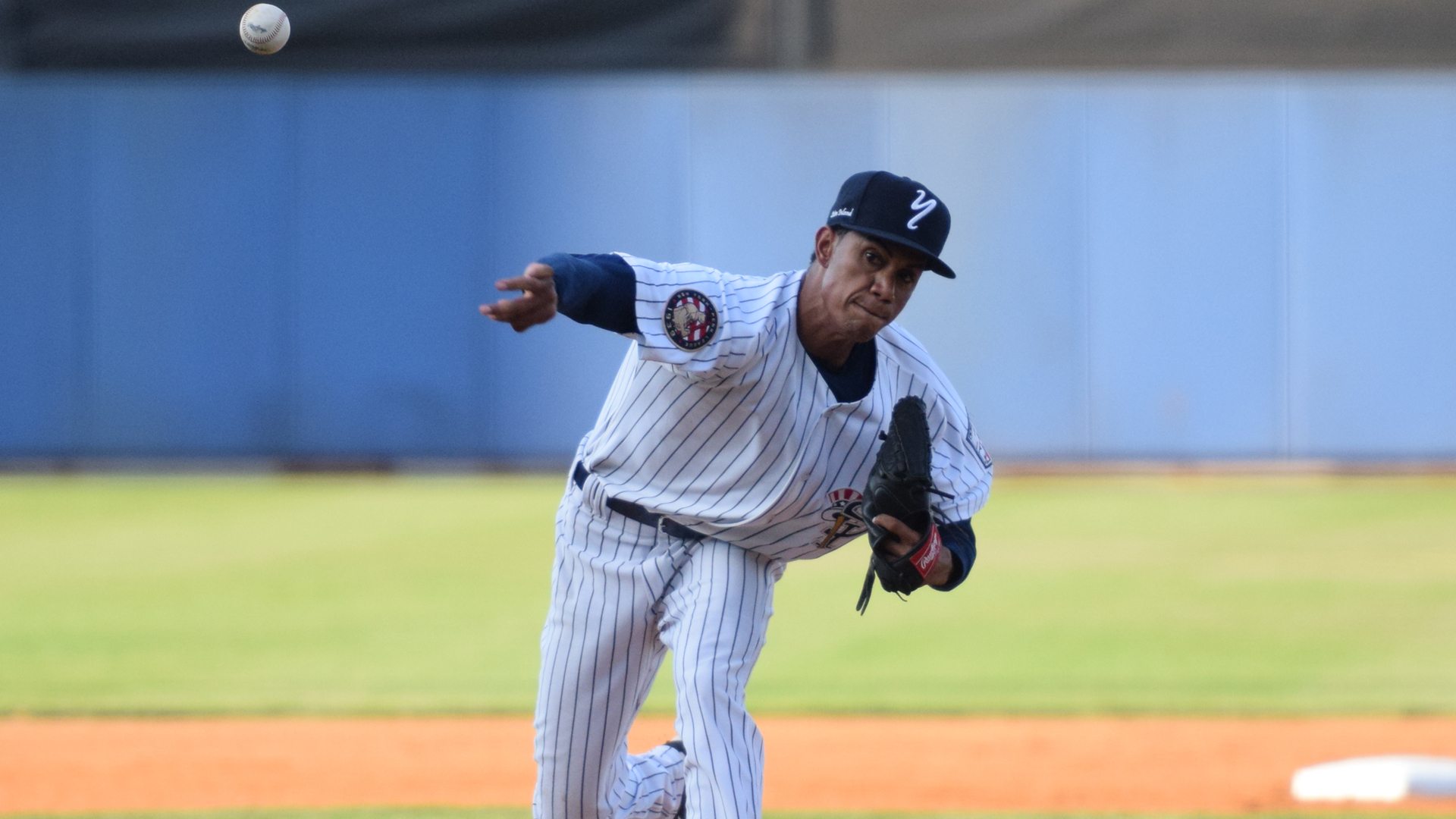 Right-handed pitcher Adonis Rosa signed with the New York Yankees as an International Free Agent on December 19, 2013.  Rosa, 22, is an under-the-radar prospect in the system and while he doesn’t get the attention like some other prospects he has proven to be a solid contributor to any team he is on.

In his first professional season in 2014, Rosa was assigned to the Dominican Summer League Yankees.  In the DSL, he earned a 1-0 record with a 1.62 ERA striking out 31 batters in 39 innings of work.  That season opponents .232 against him and he had a WHIP of 0.95.

Rosa did not allow a run in five games on the road that season in 16 innings in five games.  At home, he had a 2.74 ERA in 7 games and 23 innings.  He did not pitch more than four innings a game that season with most of his appearances being three innings which are not uncommon in the DSL.

Rosa earned a promotion to the Pulaski Yankees of the Appalachian League in 2015, by passing the Gulf Coast League.  With Pulaski, he earned a 7-2 record with a 3.93 ERA in 11 starts, striking out 42 batters over 55 innings. 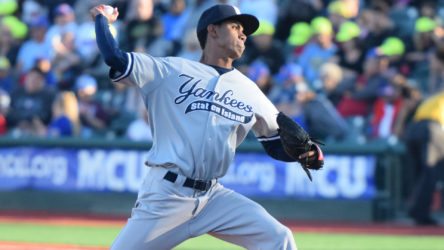 Adonis Rosa started the 2016 season in extended spring training before reporting to Staten Island to start the New York-Penn League season in June.  Rosa was the opening day starter for the Staten Island Yankees, allowing two runs over six innings and striking out six Cyclones.  He went on to earn a 2-1 record with a 1.32 ERA in six games, five starts, striking out 27 over 34 innings with the Baby Bombers.

His strong performance earned him a promotion to the Charleston RiverDogs on July 22, 2016.  With the RiverDogs he earned a 2-5 record with a 2.86 ERA in eight starts.  He struck out 46 over 44 innings.  He ended his season with a six-inning shutout on September 1 against Hagerstown.

Rosa is on the smaller side for a pitch, standing at 6-foot 1-inch and weighing in at 160 pounds.  The Dominican Republic-native is armed with a fastball that is usually in the low-90s with excellent control.  His strikeout pitch is an above-average changeup that he can use to paint the zone, and he compliments it with a curveball.  He has good control of all three of his pitches and has no problem repeating his delivery.

Adonis Rosa is destined to start the 2017 season with the Tampa Yankees of the Florida State League where he will be challenged further.  If he continues the progress, he made in 2016 you cannot rule out a shot at pitching at the higher levels.  He could very well find himself ending the 2017 season in Double-A Trenton or Triple-A Scranton/Wilkes-Barre.

In this article:Adonis Rosa, story