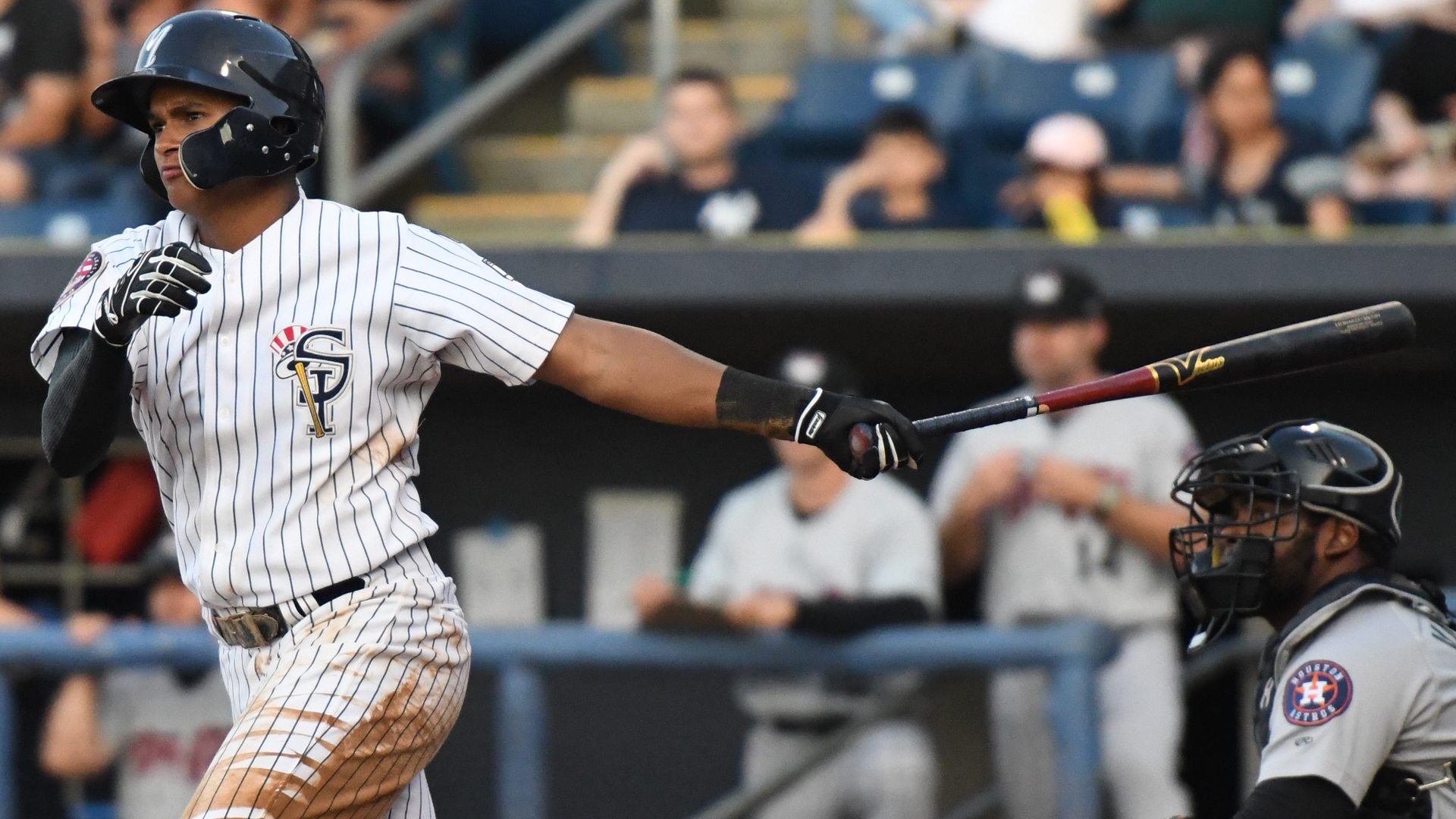 The New York Yankees signed outfielder Leonardo Molina as part of their 2013 international signing class for a $1.4 million bonus. At the time of his signing, Molina was only 16 years old.

He was part of the same international signing class as Yonauris Rodriguez.

The Yankees sent Molina to the Gulf Coast League Yankees 1 club to start his career. He struggled to a .192/.266/.259 slash line in 53 games. He picked up 10 doubles and smacked one home run while driving in 21 runs. He stole six bases out of seven attempts. He played center field exclusively.

Molina would return to the Gulf Coast League Yankees 1 team where he fared better in 48 games. He slashed to a .247/.290/.364 clip while collecting nine doubles, two triples and two home runs with 17 runs batted in. He stole six bases but was also caught five times. Molina spent time playing all three outfield spots.

The Yankees decided to move Molina up to the Class A Charleston RiverDogs of the South Atlantic League to start the year. He struggled to a .198/.250/.302 slash line smacking five doubles, one triple, and two home runs in 36 games.

The Yankees decided to send him down to the Rookie-level Pulaski Yankees on June 23 where he appeared in 49 games and fared better. He posted a .246/.318/.440 slash line with nine doubles, two triples, and seven home runs. He drove in 23 runs stole four bases in seven attempts.

Between his time in Charleston and Pulaski, Molina spent time playing all three outfield positions.

Molina’s improvement in Pulaski led to him earning a promotion back to Charleston to start the season. He struggled once again slashing .186/.202/.244 in 23 games. He had three doubles and one triple and found himself sent down to the Class A short-season Staten Island Yankees.

While with Staten Island, Molina put up a slash line of .238/.297/.307 with five doubles and one triple in 28 games. Once again, he spent time playing all three outfield positions between Charleston and Staten Island.  A leg injury forced him to miss the end othe season with his final game being played on  August 2.

Molina has struggled in the first few years of his professional career. However, it’s important to note that he started his career at just 16 years old and has been playing against the more mature competition. He has very good speed, which he has to learn how to use offensively, and has good bat speed. He does have a tendency to chase pitches and strikeout. He needs to learn the strike zone better and work to get his pitch. At the start of the 2018 season, Molina is still only 20 years old and will turn 21 in July. He’s a very good outfielder with a good throwing arm. He measures at 6’2” and is starting to put on muscle.

The Yankees will most likely assign Molina back to Class A Charleston where he has started the last two seasons. If he can get off to a good start, the Yankees will look to get him up to Class A advanced Tampa to jump-start his development.