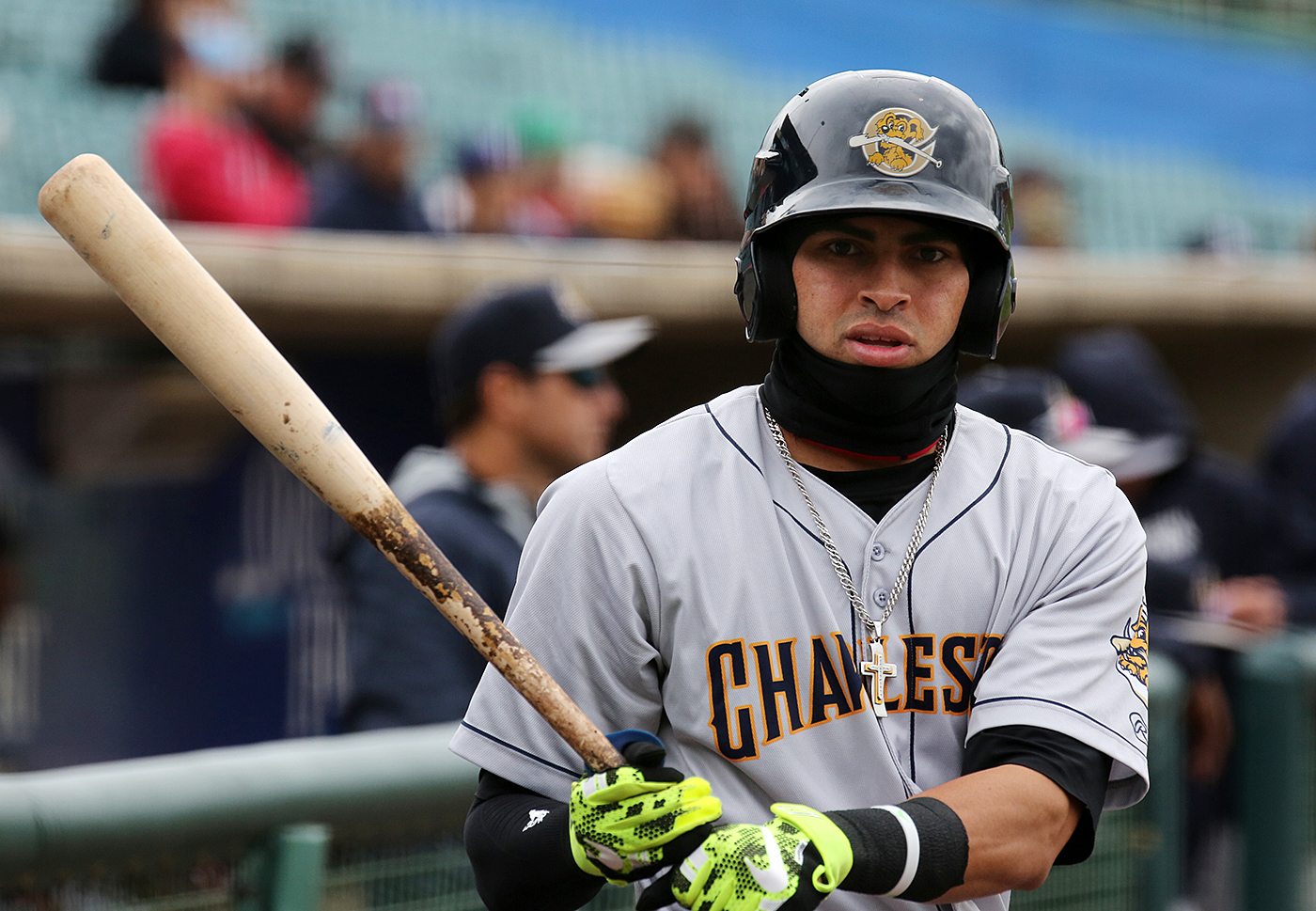 Charleston RiverDogs second baseman Angel Aguilar during a game against the Lakewood BlueClaws at FirstEnergy Park in Lakewood on Wednesday, April 27, 2016. The RiverDogs beat the BlueClaws 3-2. Photo by Martin Griff

It’s been a pretty exciting week for the baby bombers! After a stellar start to the 2017 season, RHP Albert Abreu was promoted to the Tampa Yankees and is expected to make his Florida State League Debut on Tuesday, April 25th against the Clearwater Threshers at George M. Steinbrenner Field.

Also down in Tampa, New York Yankees starting shortstop Didi Gregorius is currently in the midst of his rehab assignment, batting .364 through his first 11 plate appearances as strictly a designated hitter. If all goes according to the plan, Gregorius could be back with the big club by the end of this week.

But before we jump too far ahead, let’s take a look at our Pinstriped Prospects Minor League Players of the Week for April 17th – April 23rd: 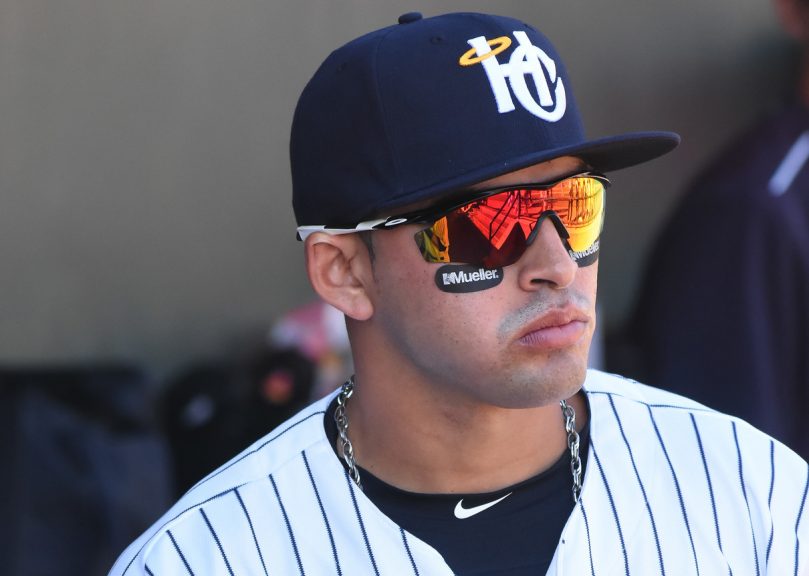 Despite his team going 2-5 in their last seven games, 21-year old shortstop Angel Aguilar had himself quite the week. Through 18-plate appearances, the Venezuelan native recorded six hits and four RBI, improving his season slash line to .360/.411/.440 with an .851 OPS. He recorded two multi-hit games this week against the Asheville Tourists, and is one of three RiverDogs along with Carlos Vidal and Hoy Jun Park to own a batting average north of .300 through the teams first 19 games. 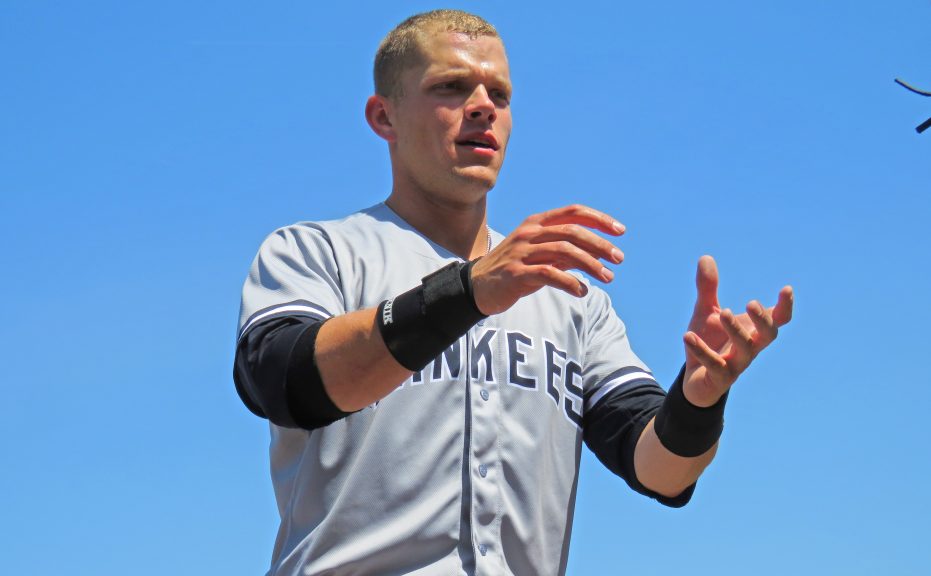 Matt Snyder has been the constant offensive force for the Tampa Yankees so far this season. (Bryan Green)

Despite having a boost from Didi Gregorius in their lineup over the weekend, the Tampa Yankees went 1-6 on the week, including a three-game sweep at the hands of the Lakeland Flying Tigers. They currently find themselves in the middle of a five-game losing streak and last place in the Northern Division of the Florida State League. 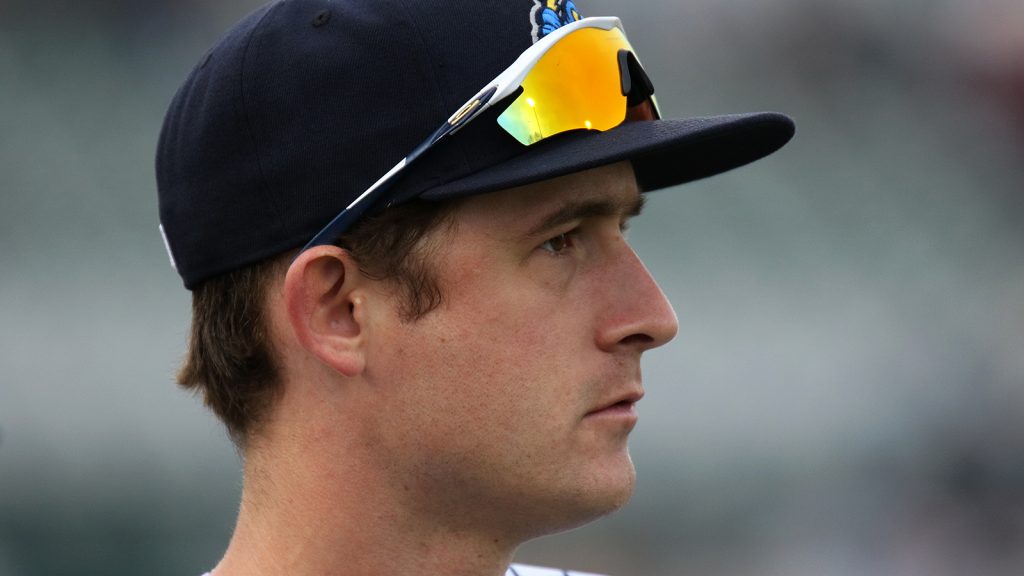 Zack Zehner has been showing why the Yankees player development brass like him as a player. (Martin Griff)

The Trenton Thunder went 4-3 on the week, taking three-out-of-four from the New Hampshire Fisher Cats and dropping two-out-of-three to the Portland Sea Dogs.

A big reason for their early-season success is Zack Zehner, who reached base safely in nearly every single game for the Trenton Thunder last week thanks to his six-game hitting streak. The 24-year old native of Southern California is now leading the Thunder in batting average (.340), OPS (.891) and tied for first with Miguel Andujar in totals hits (14). 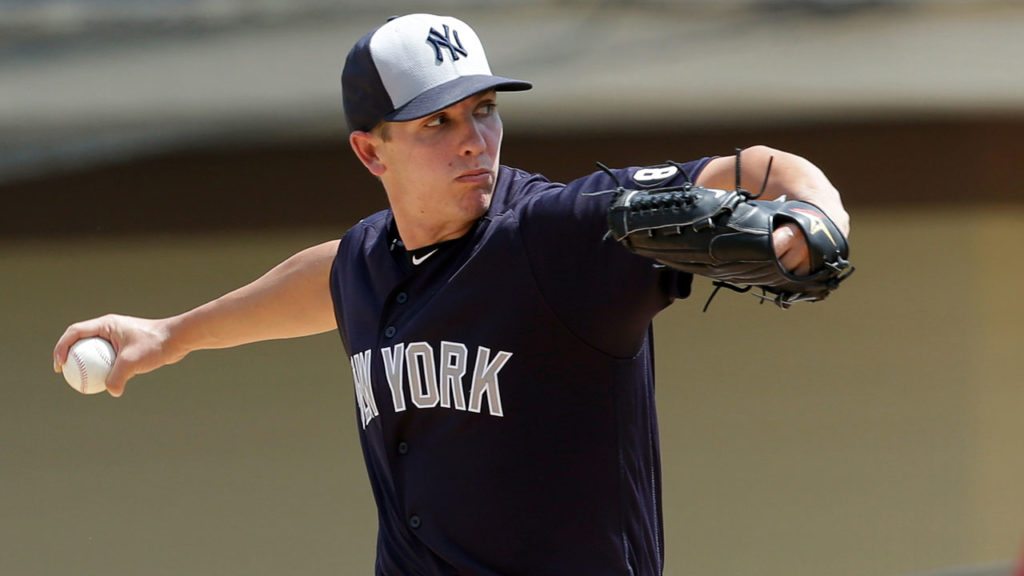 Chad Green has been dominate for the RailRiders on the mound. (Photo Courtesy of MLB.com)

The RailRiders look to be finally finding their stride, going 4-2 on the week and winning both series’ on the road against Louisville and Indianapolis.

A big reason for their success last week was the performance of 25-year old right-hander Chad Green, who tossed six-shutout innings on Friday while scattering four hits and fanning eight Indianapolis Indians batters to help the RailRiders to a 1-0 win.

Ever since losing out on the fifth-rotation spot with the big-league club to Jordan Montgomery, Green has done nothing but dominate, going 2-1 with a 2.00 ERA and 23 strikeouts in three Eastern League starts.