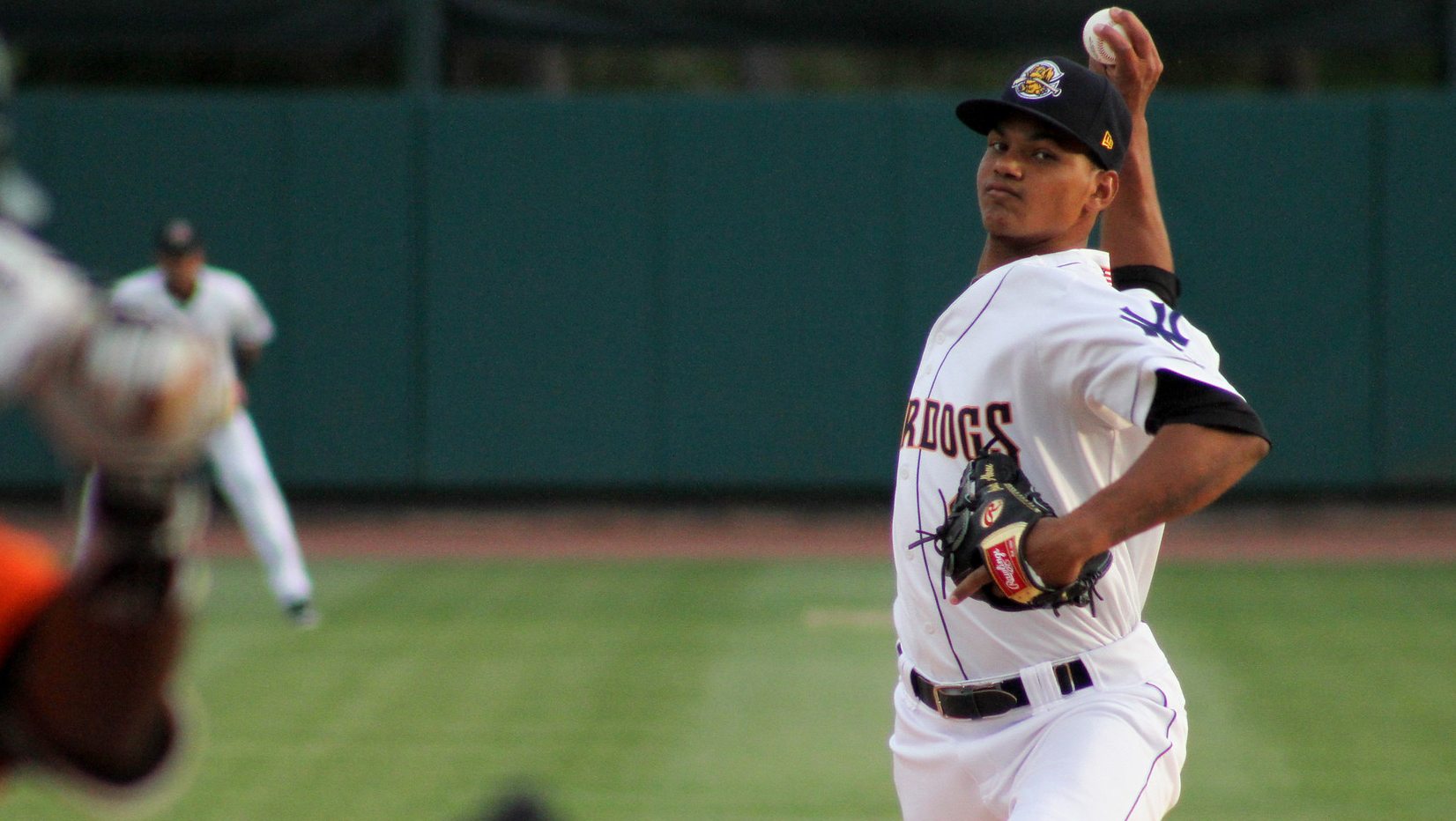 It was an exciting week for New York Yankees baseball across the board. Up in the bigs, Greg Bird looks to have finally broken out of his slump, going 3-for-3 on Easter Sunday with a towering two-run homer to help the Yankees sweep the Cardinals and extend their streak to seven straight wins.

Down in the pipeline, despite the unfortunate news of top-pitching prospect James Kaprielian electing for season-ending tommy john surgery, the ‘baby bombers’ are playing some inspiring baseball from Charleston all the way on up to Scranton.

That said, here’s a look at the Pinstripes Prospects Minor League Players of the Week from April 10th to April 16th! 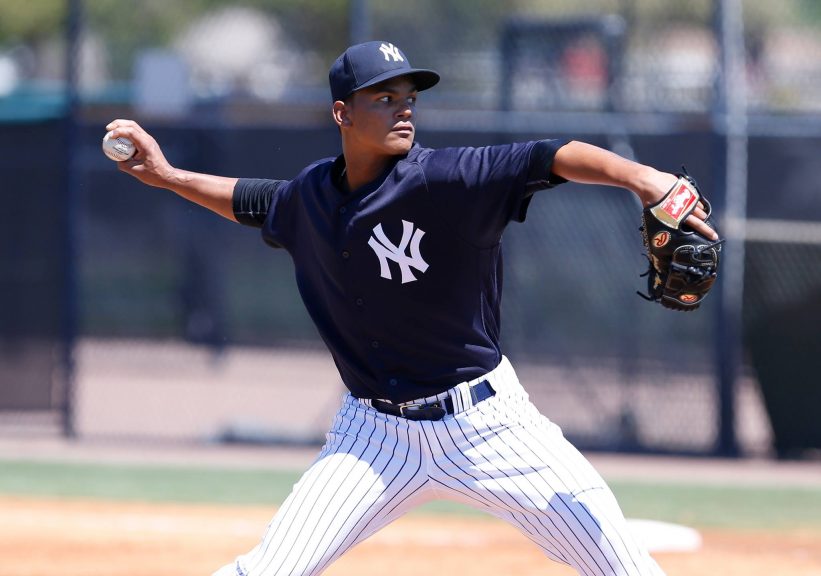 The Charleston RiverDogs went 4-3 last week, taking two-out-of-three and winning the series against the Augusta GreenJackets (San Francisco Giants) and splitting a four-game set with the Rome Braves (Atlanta Braves), improving their season record to 7-4.

Smack in the middle of the week on Wednesday, April 12th, 21-year old RHP Albert Abreu made quite the impression with an ace-like performance against Augusta. In 5.2 innings pitched, the 6’2″ right hander solidified his first win of the season while scattering just two hits and striking out a career-high 11 GreenJackets batters.

Abreu piled on strikeout after strikeout until being lifted in the sixth inning after throwing 83 pitches. The hard-throwing right-hander touched triple digits with his fastball throughout the night and he capped off his impressive night with four straight strikeouts. 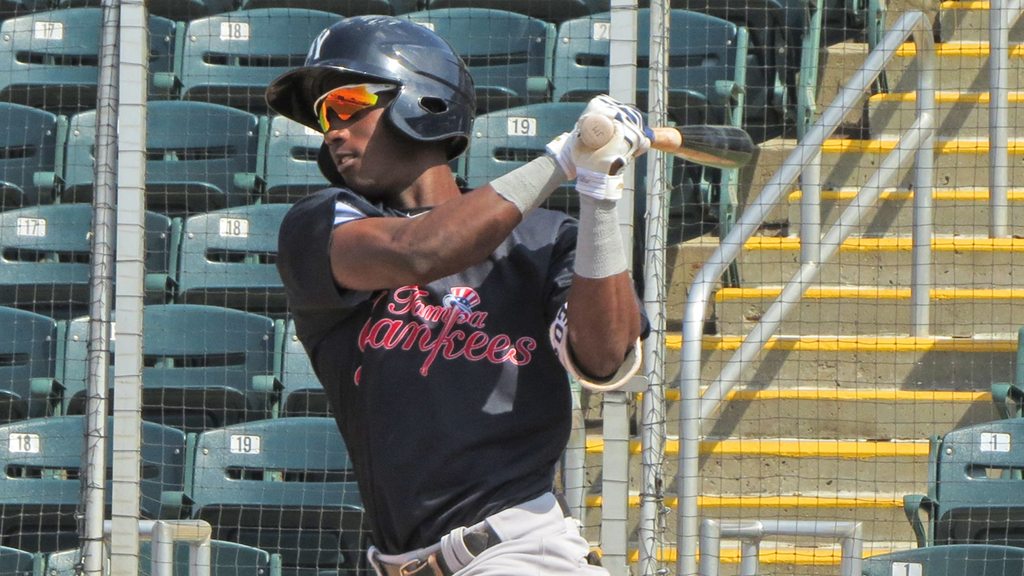 The T-Yanks are continuing to scorch their way through the Florida State League, winning an impressive six-out-seven games this week, including a three-game sweep of the Fort Myers Miracle (Minnesota Twins).

21-year old shortstop Jorge Mateo managed to record at least one hit in each game this week, extending his hitting streak to seven straight games and improving his overall average to .333. He’s now hitting .429 off left-handed pitching and .313 against righties, but perhaps even more impressive is his lightning-quick speed. Mateo continued to wreak havoc on the base paths, stealing five bases this week, including three-stolen bases in a single game on April 14th against Bradenton (Pittsburgh Pirates). 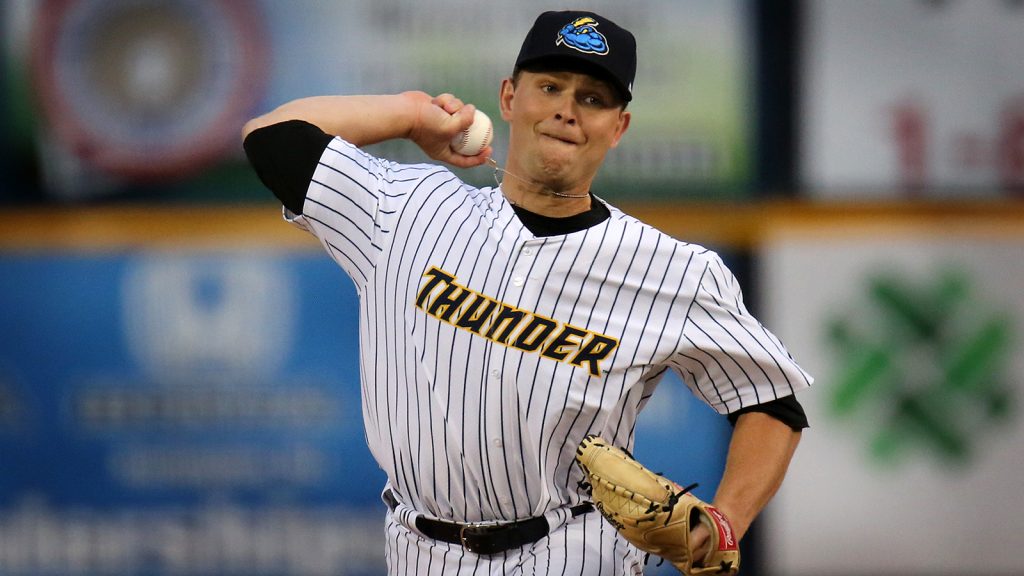 After going 4-3 over the course of last week, the Trenton Thunder improved their overall season record to 6-4.

A big part of their early season success is in large part due to 22-year old right-hander Chance Adams, who dominated yet again in his start last week against the Portland SeaDogs (Boston Red Sox). After mowing down 8 SeaDogs over the course of 5.2 shutout innings, Adams improved his record to 2-0 with a 0.79 ERA. Adams delivered 9.2 innings of no-hit baseball to start his campaign across his starts against the Erie SeaWolves and Portland Sea Dogs, and has garnered early nominations as a 2017 breakout prospect.

The New York Yankees #8 prospect (according to Baseball America), is expected to be back on the hill on Wednesday, April 19 against the New Hampshire Fisher Cats (Toronto Blue Jays). 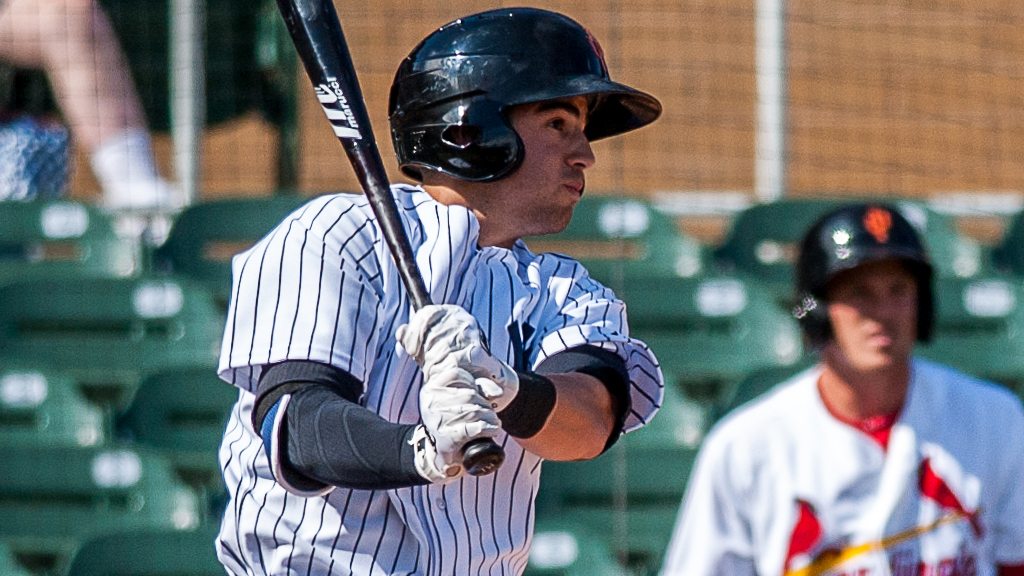 After going 3-4 last week, the RailRiders were the only Yankees minor league affiliate the finish the week under .500.

However, despite the losing woes, Tyler Wade had himself a week to remember. The 23-year old shortstop wen’t 9-for-24, including a four-hit performance on April 12th against the Lehigh Valley Iron Pigs (Philadelphia Phillies). If not for the hot-start of Ronald Torreyes up in the majors, Wade might have earned himself  an early cup of coffee while Didi Gregorius continues to spend on the disabled list.