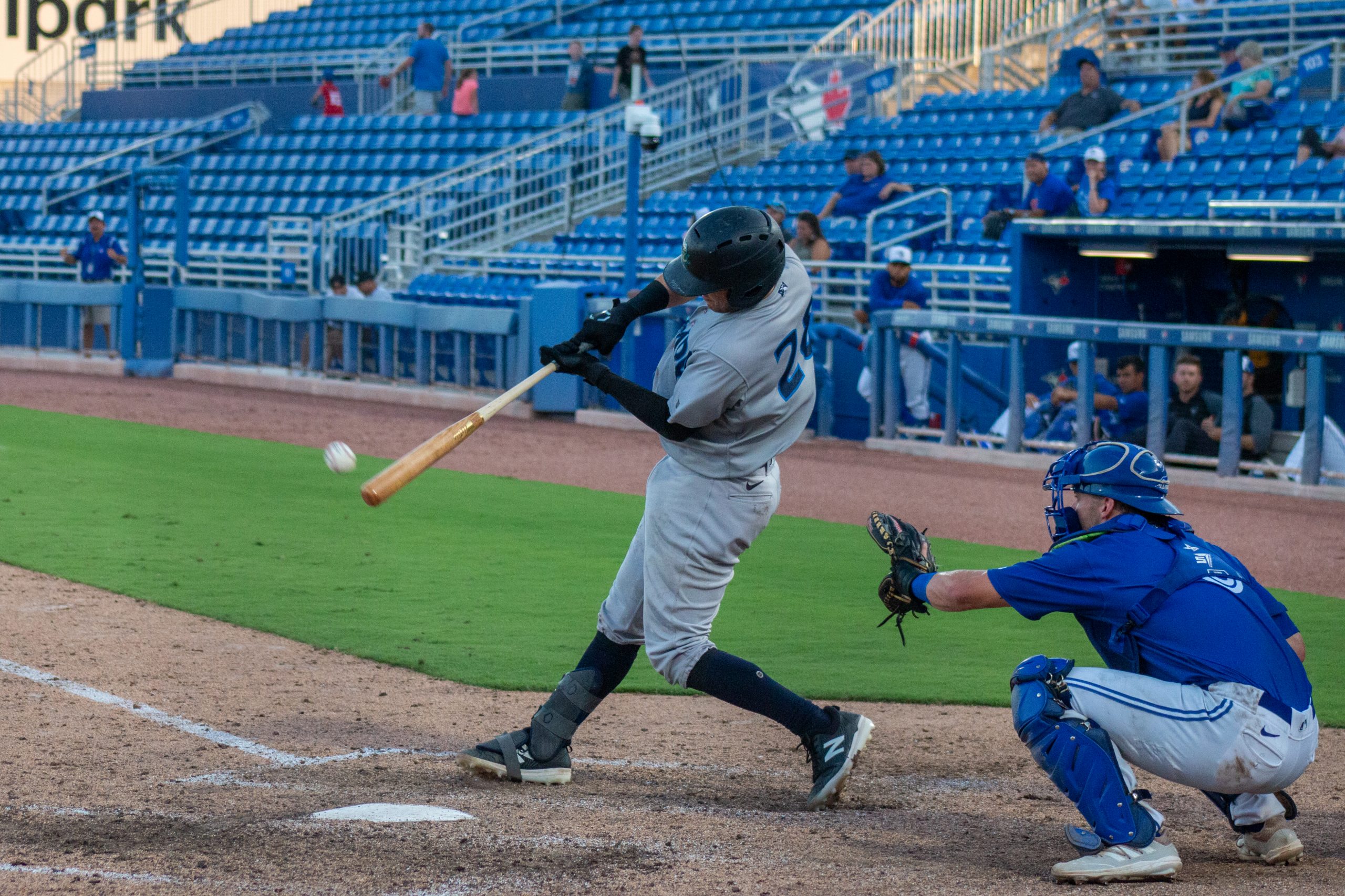 Which one of these Yankees prospects will be the next Gary Sanchez in the respect of being the next home-grown catcher? Only time will tell, and Yankees fans can hope certain prospects don’t get traded away in favor of a rental player at the trade deadline. The Yankees have a strong group of prospects in Breaux, Gomez, Sands and Wells. Only one can be my choice for top pick.

Donny Sands (My choice for our All-Star team)

Having just been added to the Yankees’ 40-man, Donny Sands most definitely deserves a spot on this list. Sands was in then High-A Tampa for the 2019 season, but nothing made him stand out as being exceptional like his performance this past season. Sands had almost as many hits in 52 games with Somerset as he hit all season in Tampa (68 games) and hit 2 home runs in Tampa in 2019 compared to 18 this season between AA and AAA.

Breaux skipped over Tampa because of the contraction; Breaux spent a part of 2019 in then Low-A Charleston, suffering an injury for the middle of the season. Breaux then moved up to the new High-A team for 2021, Hudson Valley, where he spent the first 2/3 of the 2021 season before getting promoted to Double-A Somerset.

The Yankees’ second-round pick in 2018 held a batting average between the ‘Gades and the Patriots of .249 with an OPS of .801. That was middle of the road amongst the other prospective catchers, which isn’t a bad thing considering it was his first full season of pro ball.

Wells was recently named one of the two Yankees prospects that is a 2021 AFL All-Star with an avg. of .275, and an OPS of .883 as of publication. While Wells’ bat is considerably better than any other prospects was this past season, his defense is a bit weaker, but mostly in the regard of his arm. Wells worked on improving his pop time throughout the past year, notably with catchers coach Michel Hernandez in Tampa, but is still not nearly as quick as Gomez’s arm.

Wells has more experience behind the plate having been a catcher for Bishop Gorman High School in Las Vegas where he lettered all four years and was also catcher at the University of Arizona for 2 years before being drafted in 2020.

Gomez made his stateside debut in June 2021 with the FCL Yankees after a shortened 2019 in the Dominican Summer League as a result of a triceps injury. Gomez’s bat isn’t as strong as Wells’ Where Gomez shines is in his defense and his “cannon arm”. His pop time is scouted as “as low as 1.8 seconds” and is some of the best defensive power I’ve ever seen.

Gomez may not appear to be the better defender of the two on paper, especially when it comes to catching men stealing 2nd or 3rd, but his offense was still impressive for his first (mostly) full season of baseball, batting .263/.375/.792 between the FCL Yankees and Low-A Tampa Tarpons.