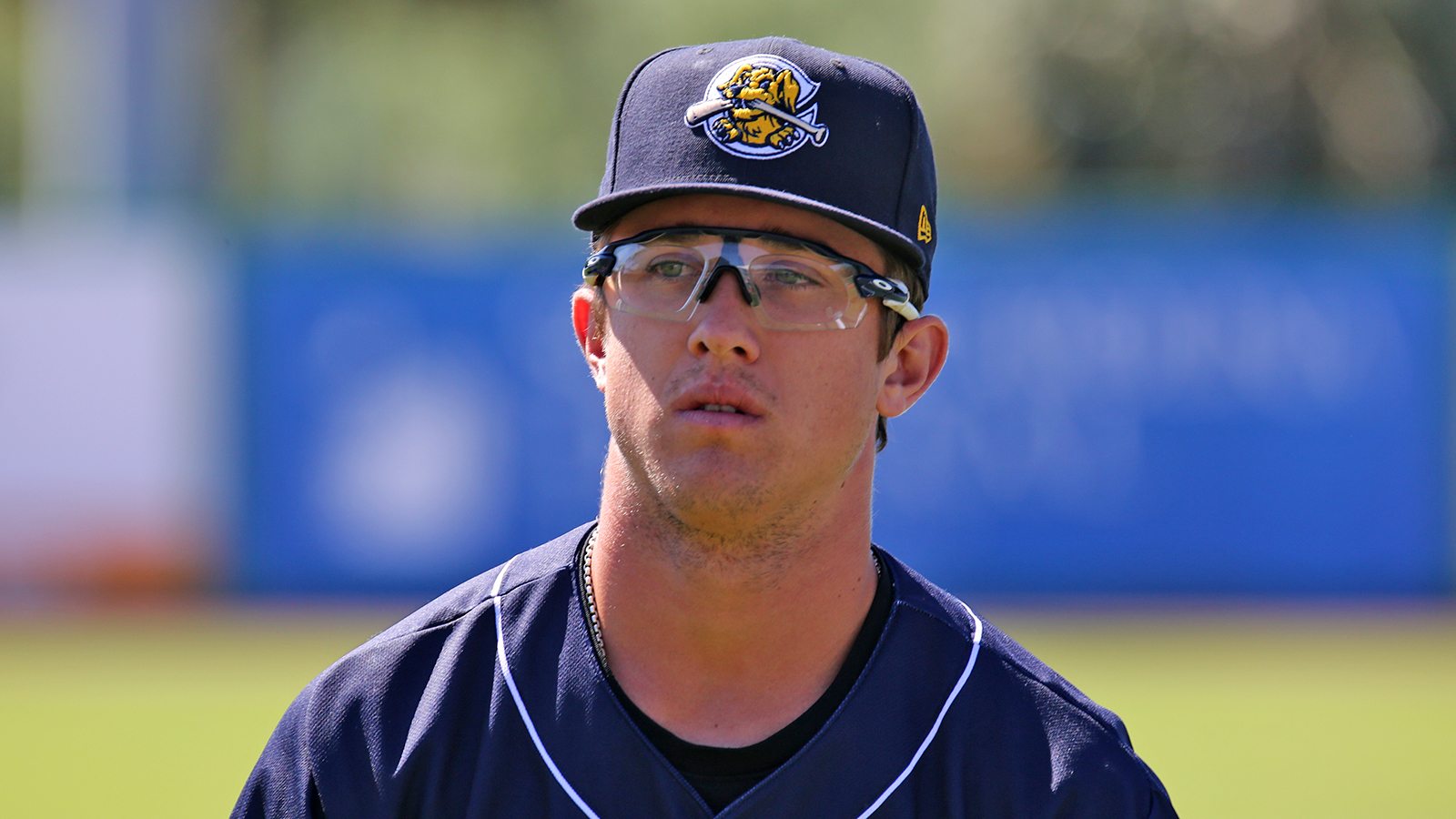 Rutherford has the personality and work ethic to excel in New York. Multiple sources that are close to him all have glowing reports of a high character, hard-working and a caring individual. You can tell by just meeting him for five minutes and watching him play that he loves this game, and wants to be successful in the worst way.

Hit – Blake has great bat speed. He was even consistently ahead of fastballs when I saw him play. Puts together major league quality at bats and battles each pitch. Unquestionably goes up to the plate with a plan. His swing is very simple, and contains a small leg kick that will help produce power as he fills out. There is not a lot of movement with Rutherford’s hands or head, allowing for more consistent swings with a good bat path.

Power – Ignore the power numbers that he has put up thus far in his career. He will grow into his 6”3’ frame and be able to drive the baseball out of the park on a consistent basis in the future. He has more of a line drive swing right now, but as he matures, those will turn into home runs.

Speed/Baserunning – Rutherford is a plus runner that is aggressive on the base-paths. He plays the game the “Yankee Way” and is always consistently looking to take an extra base. Runs hard out of the box.

Glove – Will be an above average center fielder for the Yankees in the future. He runs extremely well, has a great first step on balls, and overall plus instincts/reactions.

Arm – Arm strength is the only tool that hinders Rutherford. He does have a quick arm action, allowing him to release/get rid of the baseball quickly. Also, his ball does stay on a line so that helps his grade as well.

The sky is the limit for Rutherford. He plays with tons of energy and is incredibly fun to watch. When asked about what it will take to reach his high ceiling, Rutherford said it’s just “mainly just staying healthy and doing what I can on the field”. His manager Pat Osborn echoed the same sentiments by saying “hopefully we can just keep him healthy the rest of the year so he can accomplish the goals that I know he has”. I whole-heartedly agree with both of them. Health is the only variable in Blake reaching his All-Star caliber ceiling.