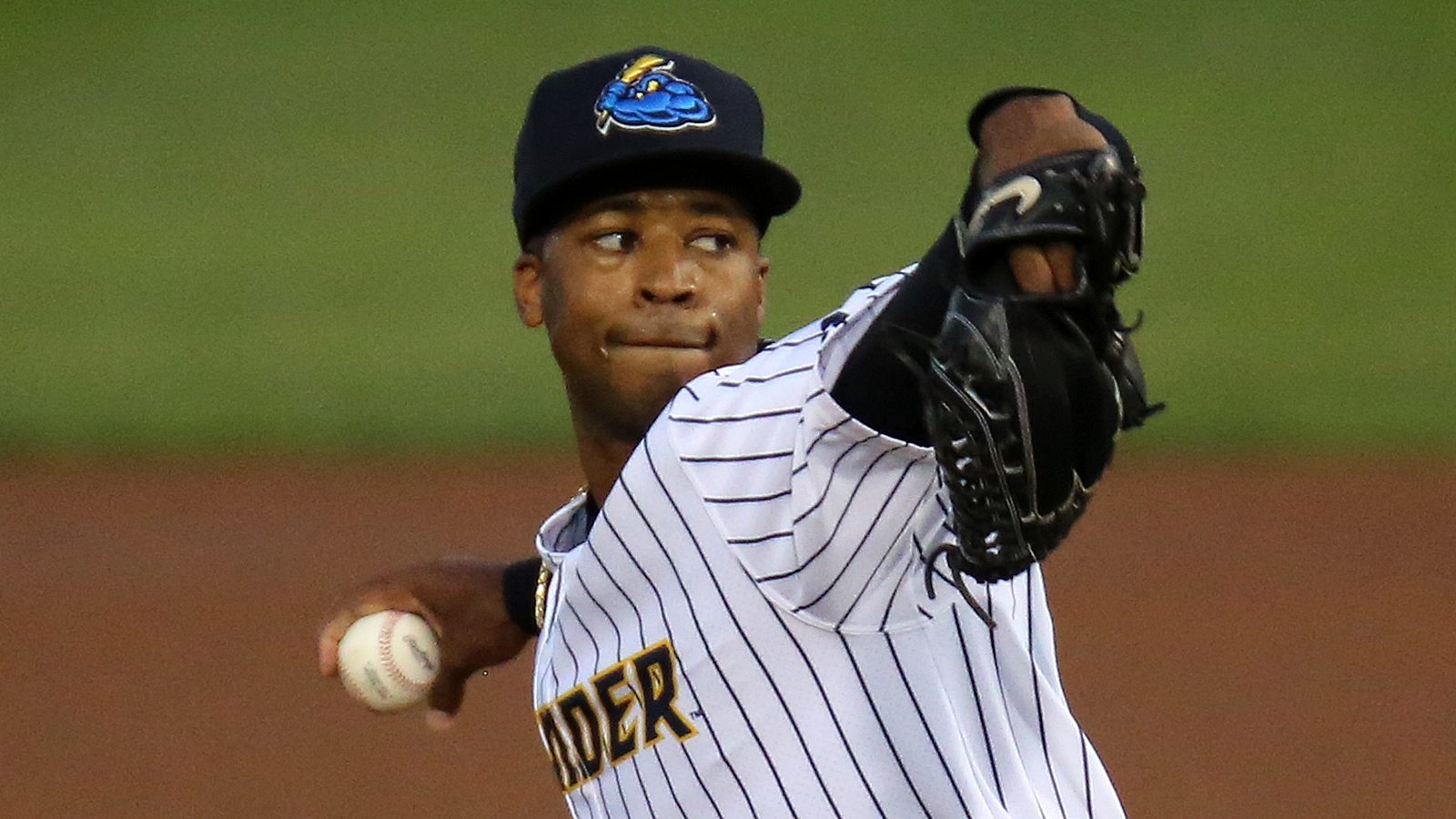 Dillon Tate joined the Yankees organization from the Rangers after being drafted in the first round in 2015. After falling off due to changed mechanics by the Rangers, he has revived his arsenal and worked himself back to top-prospect status.

Fastball – Carries a lethal fastball that sits consistently at the 96-97 mph range. It holds late movement, and he can command it to either side of the plate. His best asset overall, but can struggle with velocity deep into games at times.

Change-Up –  His Change will sit at 85-87 mph, he has started to make use of it since his fastball came back. Can confidently throw it in any count but needs to improve command with it to fully utilize his fastball and slider.

Slider – Tight Slider that sits at 86-87 mph has gotten much better command of it and will throw it at any point in the count to either side of the plate. His main go-to pitch as of now.

Tate throws from a ¾ release point and repeats his delivery exceptionally well. He has a high leg-raise, but when men on base he tends to lose consistency with that first motion. From there Tate has a noticeable diagonal tilt downwards much like a javelin throwing motion, thus giving him more space to unwind his power into his release point to hit the upper 90s. His motion is much more relaxed than when he was with the Rangers organization; overall it is an easy-going throw with no harsh movements. He hides the ball exceptionally well with position and his quick release.

Tate has brought himself back to the first-round pick level he was before. His change-up moving forward will be a tremendous asset if he can command it better (which he shows no sign of not being able to), and is confident with his arsenal overall is astounding.

Tate is a smart pitcher that seems to know himself more than most pitchers in High-A through Double-A. All three of his pitches can be lethal, but his biggest downfall is moving forward will be his command. More often than not he didn’t struggle much with it last season, but when he did it resulted in increased walks, which led to his secondary issue of pitching from the stretch. This was a hot-and-cold ordeal for him in 2017 sometimes he pitched out of trouble confidently, others you could see he was struggling and rushing.

Overall these issues can be fixed, and it will lead to a lot of future success. Tate’s three pitches are good enough to have him as a starter in the future, despite many seeing him as a bullpen pitcher. He can pitch aggressively to either side of the plate.  His slider (which might be the closest in the system to Luis Severino’s) was what set him up for success this past season.