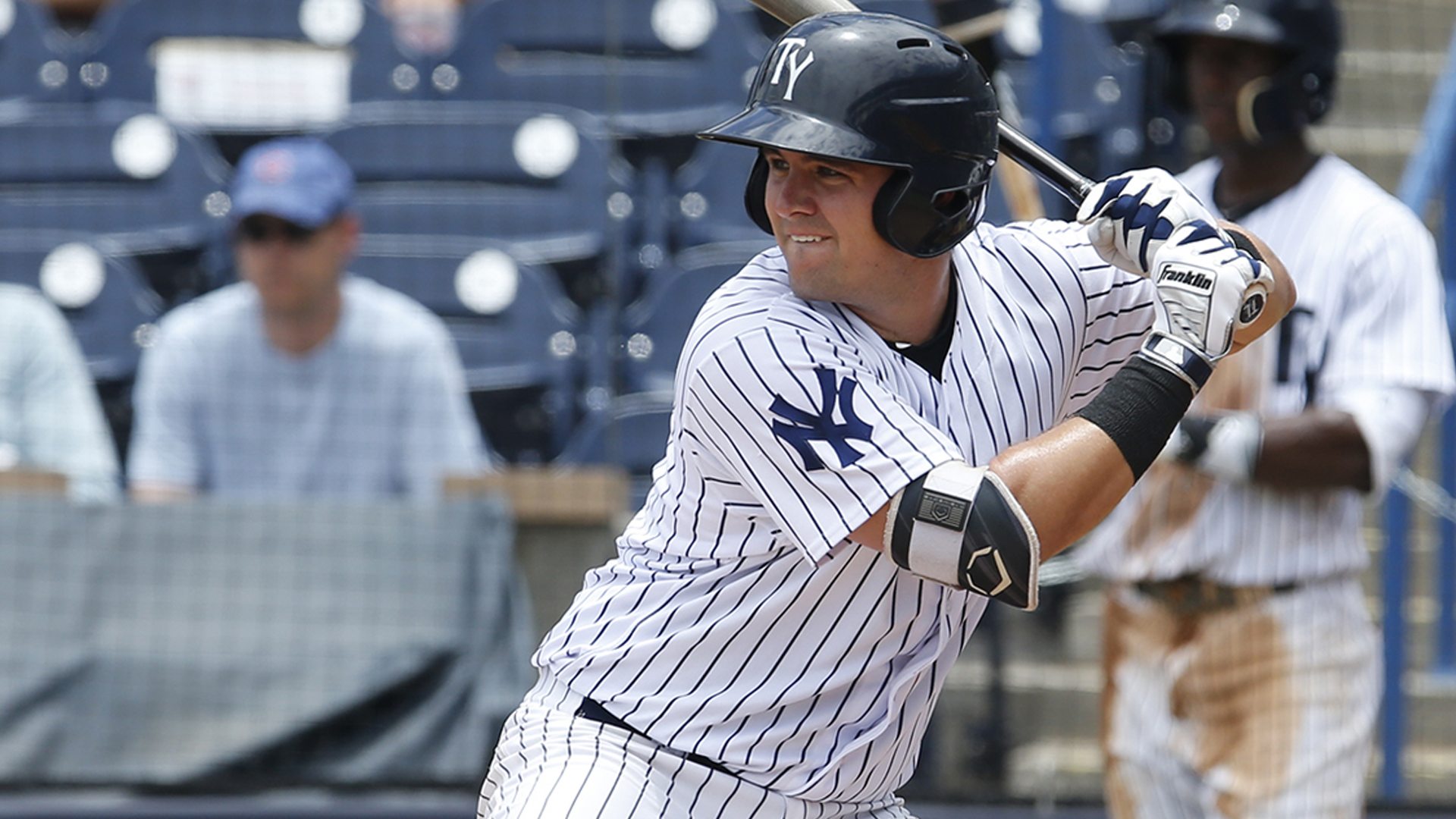 Tim Lynch was drafted in 2016 out of Southern Mississippi in round nine. The Florida-native led the Golden Eagles in nearly every offensive category coming out of college. Now with the Tampa Yankees, Lynch has brought his power to the Florida State League, hitting 13 home runs in his 2017 campaign and showing unexpected patience at the plate as well.

Hit – Lynch is a pull-heavy hitter, his average, and on-base percentage will suffer from the same shift that hindered Mark Teixeira towards the end of his career. That shift is still something Lynch is working to beat currently, but it has helped in some ways changing his approach at the plate for the lefty. He shows significant power in his swing, but his second best attribute behind that power is his patience. Lynch is not your typical home-run or strikeout masher; he will work counts to find that right pitch towards the end of the at-bat. Very few times will you see him strike-out in 3-4 pitches.

Power – In terms of raw power, Lynch may have the most of it in the Yankees’ system, very close to just Jhalan Jackson. Putting double-digit home-runs up in the FSL is not easy at all, and Lynch put up 13 of them in 57 games with Tampa last season. Power is in no way an issue for Lynch, and his ability to work counts will help drawing pitchers to give him that one throw-away pitch he will need to launch one.

Speed/Baserunning – Lynch will not be stealing bags for anyone in his career, but he is very nimble in the field.

Glove – Lynch has a great glove at first and handles pop-ups exceptionally well, despite his heavy frame. He is in no way a liability on the field

Arm – Lynch’s power supports his arm strength as well, and he can make those accurate snap throws to second or home when in need of a force

Lynch has the power to keep himself around for a while, and his plate discipline is very rare for his type of game as well. Those two things will help him have his name be in future first-baseman talks the next couple of years.

His most significant issue will be getting on base and beating the shift, however. He’s tried to bunt his way on more often as teams leave all of third and short nearly wide open. If he can implement that on a daily basis it will be an easy way to get on base more often. For now, Lynch’s average is down from his 2017 season, and he is sharing time at first. He is still more patient than ever, and that will keep him in consideration moving forward, but it is still hard for him to hold up on those breaking balls low and away at times. His bat is his most significant part of his game, but he has much more to his game than power, which is why he can keep climbing the ranks through the next 2-3 seasons.