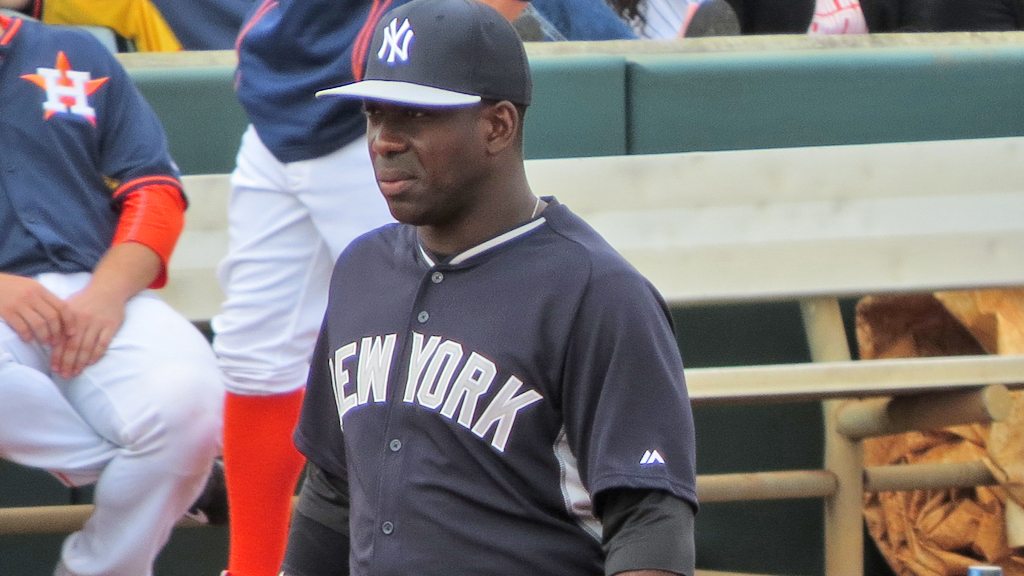 Charlotte, N.C. – Second baseman Carlos Sanchez vaulted the Charlotte Knights passed the visiting Scranton/Wilkes-Barre RailRiders (Triple-A/New York Yankees) 10-4 on Saturday night at BB&T Ballpark. Sanchez hit a homer from both sides of the plate and brought in seven runs for the Knights (14-8). The RailRiders slid to 11-13 on the campaign.

Jaron Long (0-2) surrendered five runs on seven hits in the first three innings before giving way to Diego Moreno. Long issued one walk and struck out four. Right-hander Chris Beck (1-1) earned the win by holding the RailRiders to two runs on eight hits over six innings. He whiffed four.

Jose Pirela cut into the deficit with a solo home run off Beck in the third. SWB had a chance to trim the deficit more in the fifth. The RailRiders loaded the bases with one out. Rob Segedin scored from third on a wild pitch to draw the game closer, 5-2. But Rob Refsnyder flied into a double play to right when Pirela was out in a rundown between third and home.

A single by Leury Garcia off Moreno and a double play led to two more runs for the Knights in the sixth. Sanchez capped the Knights’ scoring in the last of the eighth by blasting a three-run round-tripper off reliever Tyler Webb.

Nick Noonan sparked a rally in the ninth by singling off Jairo Asencio. The RailRiders’ shortstop advanced to third on a throwing error by Asencio and scored on an infield hit by Pirela. A throwing error by first baseman Dan Black allowed Jonathan Galvez to score from second. Refsnyder singled to load the bases, but Asencio struck out the final two hitters to slam the door.

–Jose Pirela went 3-for-5 for a second straight night and is hitting .500 (7-for-14) with a home run, double and three RBI in his rehab stint with the RailRiders.

–Rob Refsnyder extended his hitting streak to seven games with two hits. The streak is the longest of his Triple-A career.

-Reliever Danny Burawa pitched to one batter, striking out Matt Davidson. Burawa has not allowed an earned run in his last eight appearances.

-Carlos Sanchez is 9-for-9 against the RailRiders over the last two games with two home runs, three doubles, seven RBI and a walk.