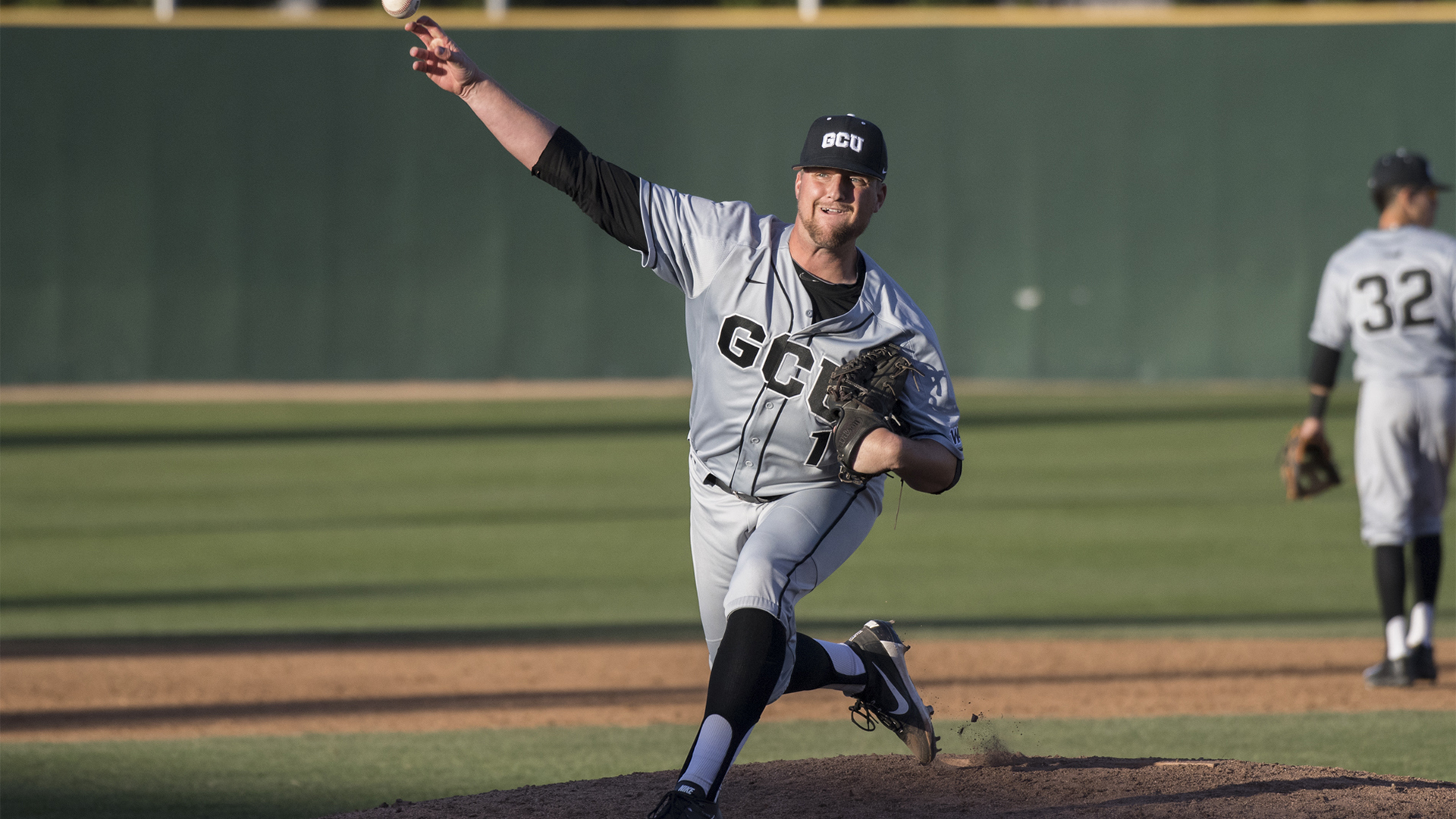 One of the more common clichés in baseball is that you can never have enough pitching. Well, if anything, the New York Yankees added to their pitching depth on Day 2 of the 2018 MLB First-Year Player Draft. Out of the eight selections that they made, six of them were pitchers. The other two players were outfielders. 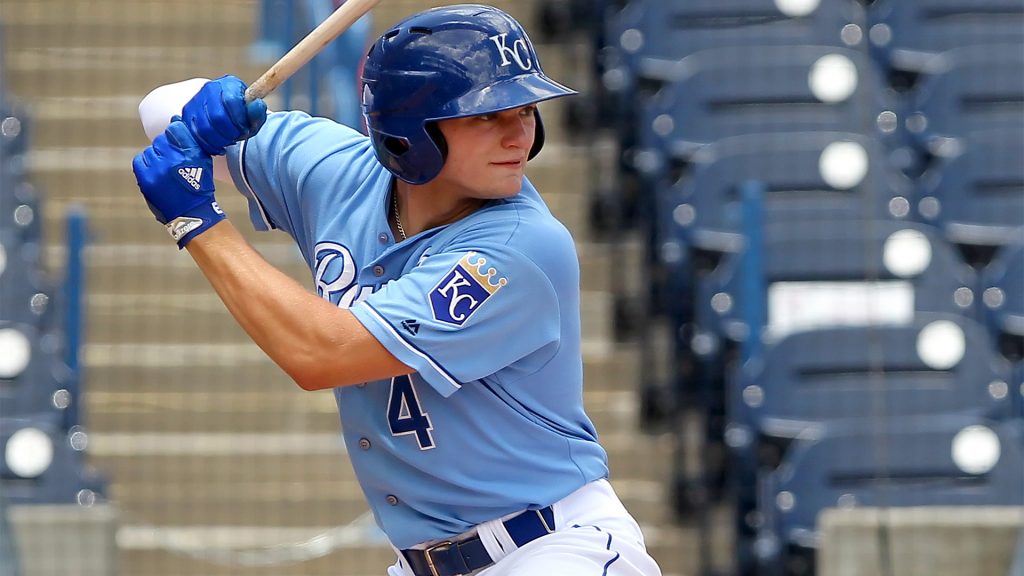 In the 3rd Round, New York went with outfielder Ryder Green from Karns High School in Tennessee. While Green is a Vanderbilt commit, New York is hoping that he will sign as his power tool could be a key to his success at the professional level. Here is what Perfect Game Baseball wrote about him as a scouting report:

Green will most likely have to go from center field to right field (according to MLB Pipeline). However, he is known for his excellent throwing arm in the field to go with the strong power. 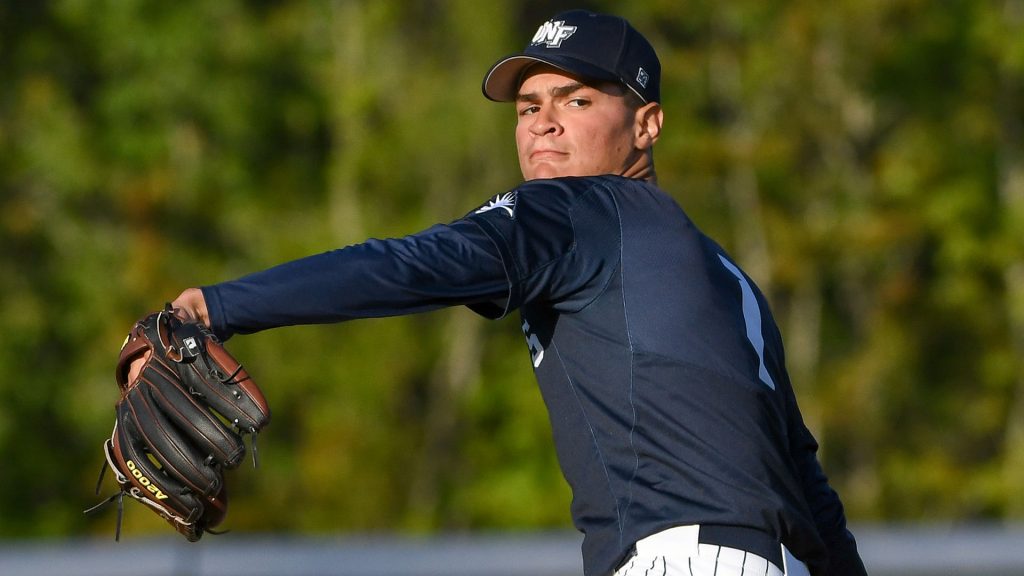 The run of pitchers started in Round Four when the Yankees selected North Florida right-hander Frank German. German might’ve got overshadowed in the Atlantic Sun when you consider Stetson right-hander Logan Gilbert also pitched in the same conference (First Round pick by the Seattle Mariners). In fact, German faced Gilbert back on April 27 and gave up one earned run over nine innings in a no-decision.

German’s results should not be ignored. In 14 starts, he went 8-3 with a 1.58 ERA and had a strikeout to walk ratio of 108:14 in 91 innings. On Tuesday, I talked with Ospreys head coach Tim Parenton about the right-hander. Here is what he had to say about the improvements he made from this year to last year:

“Pitching with a fastball more and learning how to throw it to all four corners of the plate. That’s the one thing that gave him a lot of confidence. He throws the fastball 92-94 miles-per-hour for 7-8 innings. His stamina is very good. He does a good job just locating pitches.”

When I asked about his mentality on the mound, Coach Parenton said: “he just wants the ball.” Parenton added that the routine is different in college (one start every seven days) compared to professional baseball, but they let him learn and adjust to that routine to help prepare him for life after college.

North Florida had a tough non-conference schedule this year playing two teams now in the Super Regionals (South Carolina and Florida) as well as an NCAA Tournament team in UCONN. He had 17 strikeouts to two walks in those three starts. As Parenton said, they just wanted him to go out there and compete, and that opposing hitter would say “the fastball was jumping all over them.”

The other outfielder that the Yankees took in Round Five was Troy’s, Brandon Lockridge. While Lockridge was mainly a second baseman with the Trojans, he showed good speed on the bases this past season. In 60 games, he was 25-for-27 on stolen base attempts.

In addition to his speed, Lockridge showed good patience at the plate as he drew 36 walks and had a .427 on-base percentage. He did not have much power (two home runs), and he will have to learn the outfield. However, speed will go a long way for Lockridge in his professional career. 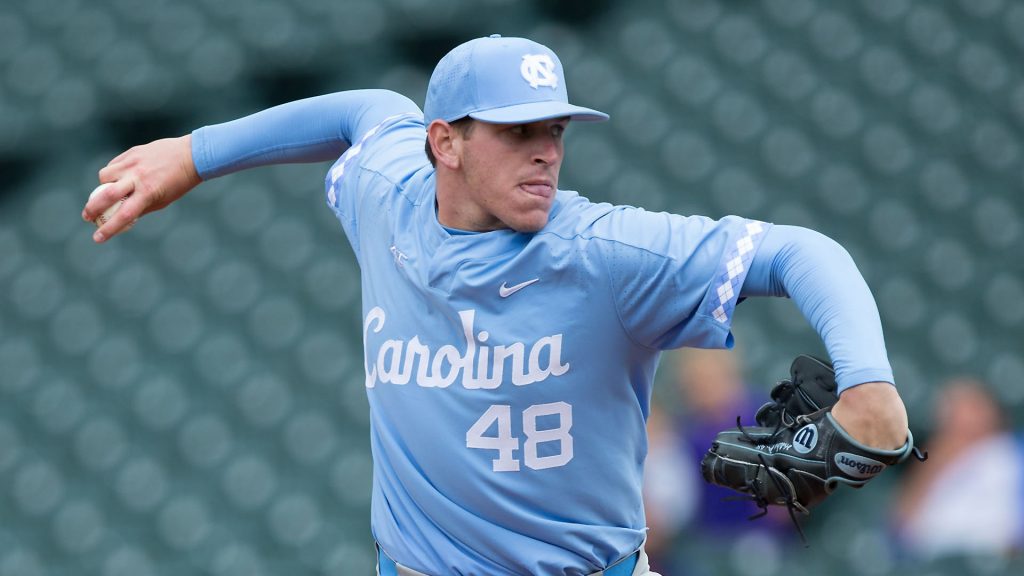 North Carolina Tar Heels relief pitcher Rodney Hutchison Jr. (48) in action against the Boston College Eagles in Game Five of the 2017 ACC Baseball Championship at Louisville Slugger Field on May 25, 2017, in Louisville, Kentucky. The Tar Heels defeated the Eagles 10-0 in a game called after seven innings by the Mercy Rule. (Brian Westerholt/Four Seam Images via AP Images)

With their 6th Round selection, the Yankees went the bullpen route as they took North Carolina right-hander Rodney Hutchison. While 10 of his 18 appearances this year for the Tar Heels were as a starter, he was a reliever this summer in the Cape Cod League (0.71 ERA, 14 strikeouts, six walks, two saves in 25.1 innings).

Hutchison and the Tar Heels will be in action this weekend when they take on Stetson in the Super Regionals down in Chapel Hill. Game 1 of that best-of-three series will be on Friday morning at 11 a.m ET (ESPN2). He has not given up an earned run in five of his last six appearances.

After Hutchison, the Yankees continued their run of selecting right-handed pitchers by taking Daniel Beis from Gonzaga (Round 7), Connor Van Hoose from Bucknell (Round 8), and Mick Vorhof from Grand Canyon University (Round 9).

Beis was Gonzaga’s Game 1 starter in the Regionals, and he had a good start against UCLA (7.2 innings, two runs, five hits, nine strikeouts in a no-decision). He had 124 strikeouts this year, which was tied for the 12th most in all of college baseball.

As for Van Hoose, he was the Patriot League Pitcher of the Year this season, and he had a 2.28 ERA as well as four complete games over the course of 13 starts. Meanwhile, Vorhof is a reliever that can throw strikes if you go off of the fact that he had a 48:3 strikeout-to-walk ratio with the Antelopes this year.

Finally, the Yankees decided to go with a left-handed pitcher when they selected Josh Maciejewski out of Charlotte in Round 10. He had an excellent senior season for the 49ers as he went 9-2 with a 2.25 ERA in 15 starts. He averaged a strikeout per inning (104 in 104 innings), and he decreased his walk total from 31 to 24.

All in all, when you look at the Yankees draft strategy, they went with a lot of pitching, and that is never a bad thing. They have a good mix of starters and relief options in the group, and it will be something to watch as to how the organization uses some of these pitchers once they sign.

As for Day 3 tomorrow, the main storyline for me is whether or not New York will draft some infielders. After selecting two catchers on Monday, they shied away from the infield on Day 2. True, the Yankees have a lot of depth in their organization in the middle infield, but that is still somewhat of a surprise.

Keep it right here at Pinstriped Prospects throughout the week as we will have interviews with some of the Yankees draft picks and much more about this week’s draft.