Pop the cork and have some Kamplain: Dogs Win 2-0 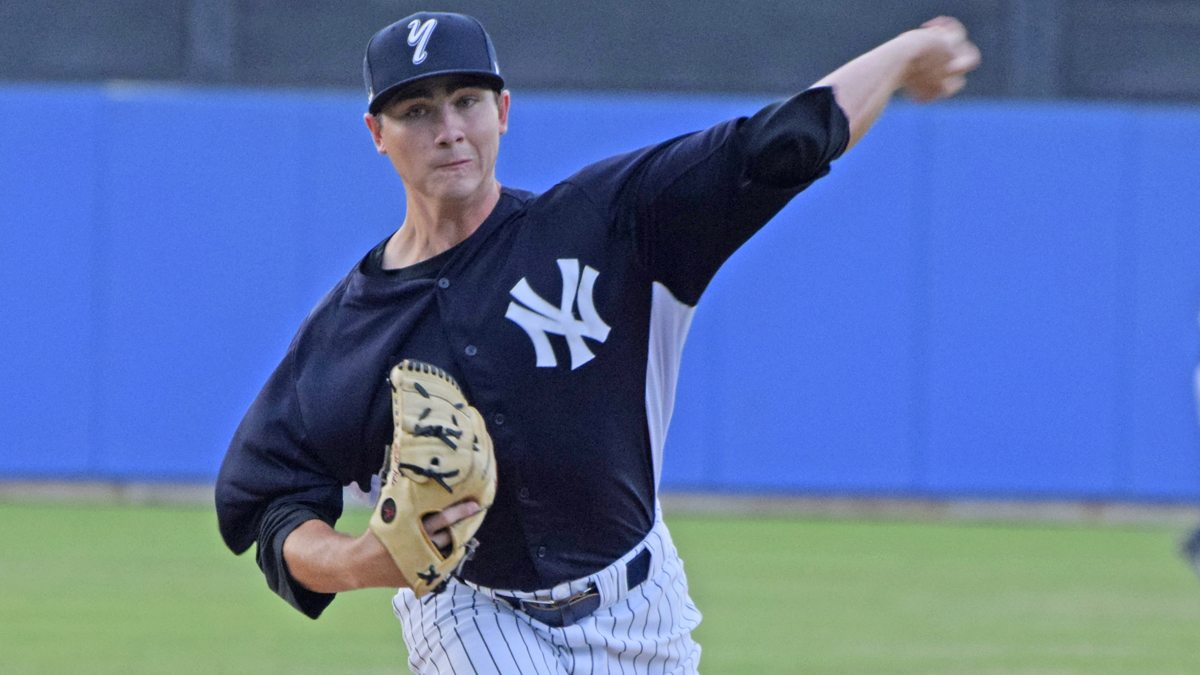 CHARLESTON, SC – Starting pitcher Justin Kamplain was nearly perfect for the Charleston RiverDogs as he held the Lexington Legends scoreless in six innings of work and picked up the win in the 2-0 victory Saturday night in front of 4,298 fans at Joseph P. Riley, Jr. Park.

Kamplain sat down the first 12 Lexington (2-1) batters he faced before allowing a base hit to designated hitter Wander Franco in the top of the fifth. Lexington loaded the bases with one out in the frame, but Kamplain retired second baseman Carlos Garcia and third baseman Mike Hillin order, to get out of the jam.

The RiverDogs’ (1-2) offense got on the board early with an RBI single by first baseman Chris Breen, driving in shortstop Jorge Mateo in the first inning. That was all the run support the RiverDogs’ pitching staff would need, but the offense added to its lead with another run in the fourth. Breen scored from third base when designated hitter Gosuke Katoh got caught in a rundown while attempting to steal second.

For the third consecutive game, Charleston’s bullpen did not allow an earned run. Joey Maher and Cale Coshow shined in their 2015 debuts, combining to hold the Legends scoreless in the last three innings. Coshow was credited with a save, coming in to shut the door after relieving Maher with two outs in the eighth inning. The trio of Kamplain, Maher, and Coshow combined to retire the final 14 batters they faced.

BALLPARK FUN: Many fans in attendance sported spooky costumes as the RiverDogs celebrated Halloween early this year.. Halfway to Halloween, sponsored by Donors Cure and presented by Mix 96 began with a helicopter candy drop for kids on the outfield grass. After the game, kids were able to run around the bases sponsored by CPI Security Systems.

COMING UP: The RiverDogs conclude their opening series against the Legends Sunday at 5:05 p.m. Sunday is Kids Opening Day as kids take over the park, box office, public address system, radio, and even Dave Echols’ General Managing Duties! Parking is free and kids 12-and-under eat free courtesy of Pepsi, receiving a coupon for a hot dog, fountain drink, and chips. The first 1,000 kids 12-and-under to enter the gates will also receive an Opening Day Youth T-Shirt, presented by Vapor Apparel. Stick around after the game to receive free autographs from all of your favorite RiverDogs players on the main concourse. Sunday also marks the first Charleston County Parks and Recreation Commission Kids Club Sunday, presented by Y102.5.

If you can’t make it to the game, be sure to tune in and listen to the broadcast beginning at 5:00 p.m. on “The Big Talker” 1250 WTMA. The game can also be heard on WTMA.com, RiverDogs.com, and watched on MiLB.tv.