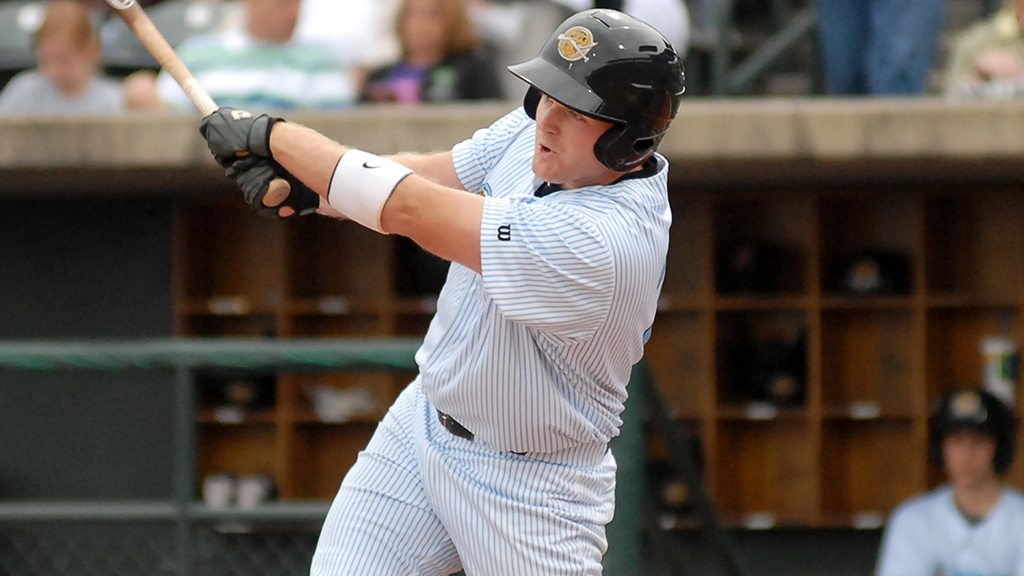 Most of his critic’s point to his injury history, but I feel his injury history is overblown due to one major injury-wrist—that affected him for two seasons. Other than that he gets minor leg injuries that he might be able to avoid with plenty of rest, and by only hustling when it matters.
In the event that he does get injured the Yankees will probably make Dustin Ackley his first replacement, and hope his 2016 performance as a Yankee is sustainable. After Ackley the Yankees don’t really have anyone else on the roster that could play first.

The first non-roster replacement player will probably be Chris Parmelee. Parmelee was drafted by the Twins in the first round of the 2006 draft, and was once thought to be a top-100 prospect. But Parmelee never fulfilled his potential and is now merely a backup-type player.

If the Yankees were to require his service as a full-time first-baseman, he would probably remind a lot of fans of the Lyle Overbay era. Meaning that he could be serviceable in a short stint, but overall shouldn’t be starting for the Yankees, or really anyone based on his history.

Parmelee will begin the season in AAA, and will be joined by Deibinson Romero. Romero is primarily a third-baseman, but has played first in the past. Romero has shown good patience and some power in his minor league career, but at this point looks poised to be a career minor leaguer.
After those two players, it’s unlikely anyone in the Yankees system will step up and become Yankees this season, after all this article is about Yankees overall organizational depth and not just major league ready players.

After Romero and Parmelee, the Yankees don’t have any other official first-baseman in AAA. In AA the team will potentially have two first-base prospects in Matt Snyder and Mike Ford. Snyder was taken by the Yankees in the 10th round of the 2011 draft.

Snyder has certainly shown flashes of hitting ability throughout his career, but his main problem is that he’s never healthy. He’s even injured right now; the 2016 season hasn’t even started yet and he’s already had his yearly injury. When healthy Snyder has shown a good eye at the plate, some power, and overall hitting ability. But it’s hard to trust a guy who is 26 and has yet to put in a full season.

The most games Snyder has played in a single year is 52 and that was all the way back in 2012. If he’s healthy this year, he will split time at first with Ford. Ford was signed by the Yankees as an undrafted free agent in 2013; after being courted and offered contracts by several MLB clubs.

Since signing Ford has shown offensive potential, but overall that appears to be because of his age and experience. He struggled last season with a .714 OPS in Tampa, and it will be interesting to see how he rebounds in a more neutral ball-park.

Like Ford and Snyder, Connor Spencer -the main first-baseman in Advanced-A- is also a fringe prospect. This is mostly due to his lack of power, as it is believed that he could be a good hitter. The Yankees tried to take advantage of his stick by playing him in the outfield in 2014, but he only played first-base last year.
Spencer was drafted in the 8th round of the 2014 draft, and has put-back-to-back seasons with an OBP over .380. However, he still hasn’t shown the type of power one would expect from a prototypical first-baseman. The Yankees have tried to play him in the outfield to make up for his lack of power, but he only played at first during the 2015 season.

Spencer will probably be the Tampa’s Yankees starting first-baseman, but he might have to split time with fellow 2014 draftees Bo Thompson and Chris Gittens.

Thompson is the more likely of the two to start in A+, mainly because he already played a full season in Charleston. Bo was drafted out of a junior college program, and was known for his raw power, and his excellent eye at the plate. So far he hasn’t really shown much power, but he has shown a knack for getting on base. Overall I feel that his .734 OPS in Charleston was good enough to get him promoted. But overall I feel that the Yankees will probably push Gittens harder.

Chris was drafted in the 12th of the 2014 draft, and has played very well since becoming a Yankee.

Gittens had one of the best statistical seasons of any Yankee prospect last year, but wasn’t really challenged by the Yankees. He was an entire 1.6 years older than the average batter in the Gulf Coast League, but for whatever reason the Yankees didn’t push him through the system.

It is possible that the reason they kept him in the Gulf Coast League was to keep an eye on his conditioning as that has been a problem with him in the past. But I feel that the Yankees do like him a lot, and according to Chad Jennings only Aaron Judge has a better exit-velocity on batted-balls.

The Yankees are a very analytical franchise so that’s obviously somewhat
important for them, and perhaps that’s why they seem to be favoring him this spring; he’s had more time in the Yankees big league camp then more experienced first-baseman like Ford and Spencer.

Gittens could still start the season in Charleston, but I feel that the Yankees would be willing to push him to A+ either right away or very quickly.

After Gittens the Yankees have two prospects in Ryan Krill and Kane Sweeney, that could see time in either Staten Island or Charleston. Both of these players were drafted out of college programs in the 2015 draft. Krill was taken in the 9th round, and Sweeney was selected in the 29th round.

Based off that alone it would appear that Sweeney is the better prospect, but it’s worth noting that Kane performed much better than Krill last year. With that said I expect both players to split time in Charleston, though it’s possible Sweeney goes to the New York-Penn League. After all he only played in the Appalachian League last year.

After those players the Yankees are really limited on official first-base prospects. The only one that comes to mind is Kevin Gonzales from the DSL. And while Gonzales once looked like a promising hitter, he still hasn’t debuted in the States, and is pretty much an unknown player at this point.

It should also be noted that several bigger prospects like Nelson Gomez, Isiah Gilliam, Miguel Flames, Tyler Austin and others could still be moved to first base but at the time the Yankees are trying them elsewhere. In the case of Austin he could play a decent right-field, but the rest of the above-mentioned players are all question marks defensively.