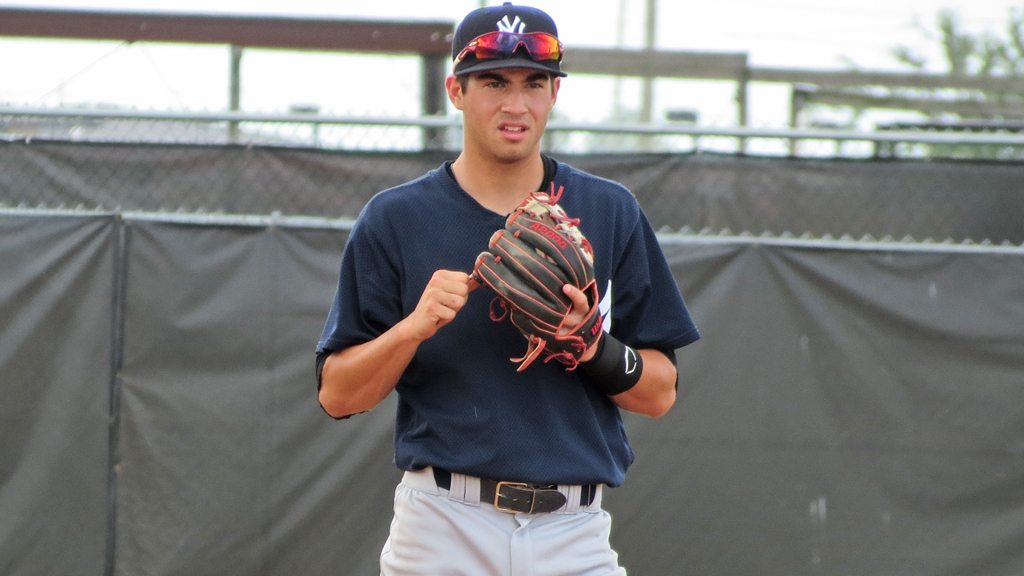 Recently the Yankees have received a lot of praise from a lot of pundits in regards to their lower level prospect depth. In particular people have taken notice of just how many promising young infield prospects the team has. A lot of this is due to their record setting expenditure in the international market, but the Yankees were deep at shortstop even before making all those moves. Fans went into the season expecting big things from: Jorge Mateo, Abiatal Avelino, Thairo Estrada, and Tyler Wade.

Wade was generally thought of as the least promising prospect of the group, however he greatly exceeded expectations. While he still isn’t considered the team’s best shortstop prospect, Wade is the most advanced of the Yankees young crop of SS. But I believe he can get even better, which is why I still consider him a good sleeper prospect.

Wade was drafted out of high school as a fourth-rounder in the 2013 MLB draft. After drafting for slot-value, he was assigned to one of the Yankees GCL team’s and did very well. He put up the following slash line in the GCL: .309/.429/.370. His advanced stats were also impressive as he had a wRC+ of 146 and wOBA of .396. His impressive debut, and the fact that he gained a lot of muscle in the 2013 off-season led to an aggressive promotion to class-A Charleston.

Many were surprised with the Yankees aggressiveness with Wade, but after some early struggles, he seemed to adapt to the level and finished with a .272/.350/.349 slash line, a wRC+ of a 100 and a wOBA of .329. His numbers look a bit better when you consider his age and the position that he plays.

Out of the 35 players age 19 and younger he finished 12th in wRC+ plus, which is impressive considering he has the tools to play shortstop, and has above-average to plus speed. He’s truly becoming a prospect, and another season like the one he had in Charleston could make him a top-10 like prospect. Not many shortstops in the major are league average player so the fact that he was league average at such a young age, in an intimidating park says a lot about his future ability.

He still has room to grow but he’s mostly a line-drive contact hitter, with doubles power. Wade will most=probably begin the 2015 season in High-A Tampa, and considering his age will spend at least most of the year. Like Charleston, Tampa will be a difficult park for Wade to homer in, but as long as he shows doubles power, and good defense, he should be fine.