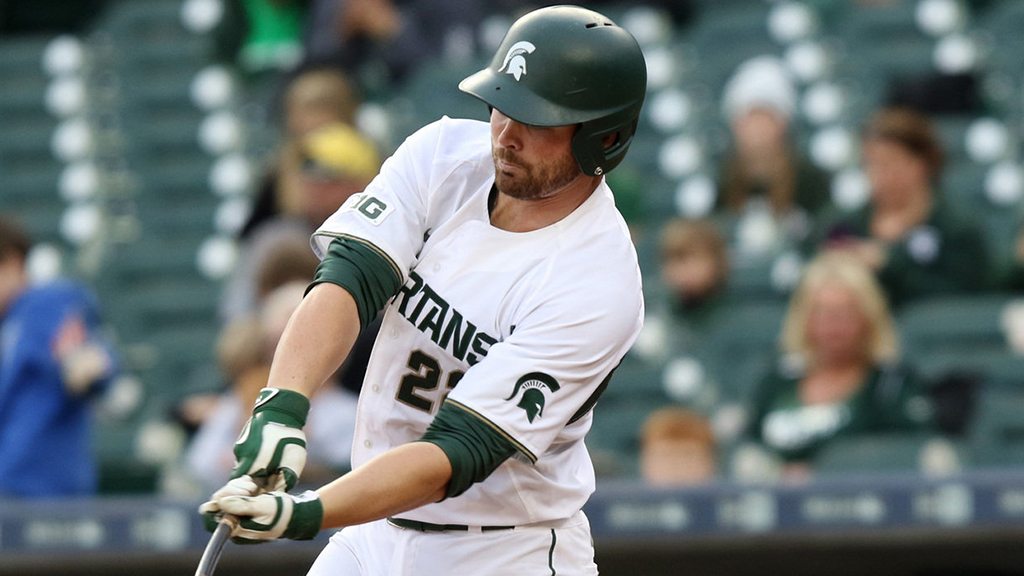 With the 273-overall pick in the 9th round of the 2015 draft the Yankees found some power in first baseman Ryan Krill.  After being drafted in 2011 out of High School by the Tigers he opted to go to college at Michigan State.  Krill went undrafted last year after a season where he hit just .234.

During his first three seasons with Michigan State Ryan hit only three homeruns but that all changed this past season when he made adjustments to his swing by pulling and lifting the ball more often.  That lead to 13 round-trippers this past spring and also producing a career high batting average at .351 and 57 RBIs.  He has hit double digits in doubles the last three seasons with the Spartans and his new pull swing could find a nice home with the Yankees.  This past season he also strung together a team-leading 19-game hitting streak.

Krill has experience with wood bats, playing the last three summers in the Northwoods League with the Lakeshore Chinooks.  His best season coming in 2013 where in 64 games he hit .282 with 7 homeruns and 39 RBIs.  He is expected to sign quickly at which point he will likely head to Staten Island to being his professional career in the NY-Penn League.