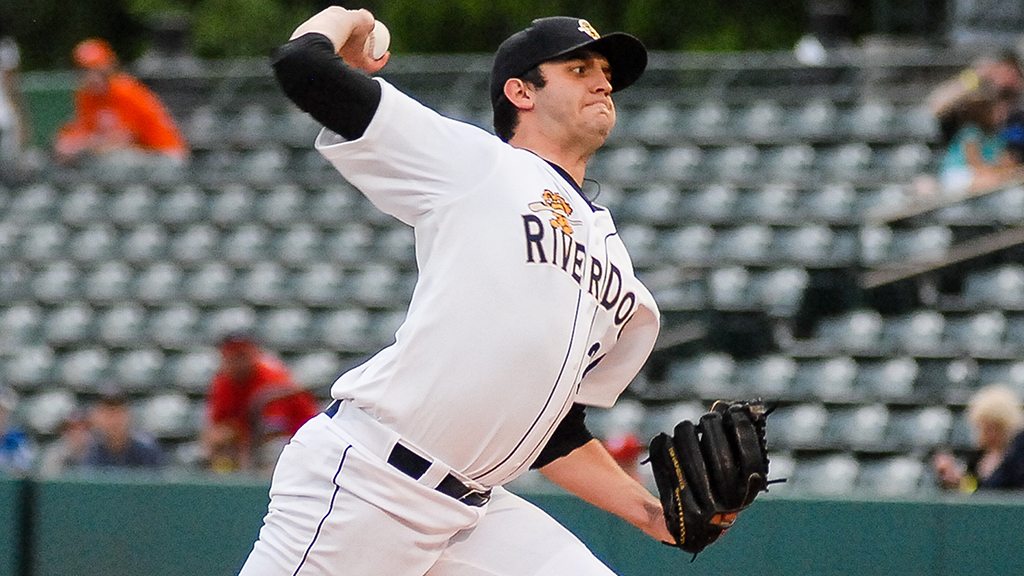 The Charleston RiverDogs only played five on the Fourth of July. They’ll hope to play the full nine on the fifth, as they’ll continue their series with the Rome Braves on Sunday late afternoon at Joseph P. Riley Jr. Ballpark.

The RiverDogs’ (38-42) holiday showdown was cut short by rain yesterday, as they fell to the Braves in a 1-0 defeat. Rome (35-44) provided the game’s only offense with an RBI by Omar Obregon as Touki Toussaint (1-0) shutout the RiverDogs over the five innings. Matt Marsh (1-3) pitched the whole game for the RiverDogs, striking out four and allowing five hits in the loss.

David Palladino (2-5, 3.77 ERA) will take the mound for Charleston, while Oriel L Caicedo (2-3, 3.21 ERA) will start for Rome. Palladino picked up his second win of the season in his last start, a 10-4 triumph over the Asheville Tourists. The right hander went 6.1 innings, allowing 3 earned runs on 7 hits, while striking out 6. Caicedo will be making his third start of the year, picking up a loss in his last start against Augusta. The Panama City native went 5 innings, allowing 6 hits, 4 runs (1 earned) and striking out four.

First pitch is scheduled for 5:05 PM.