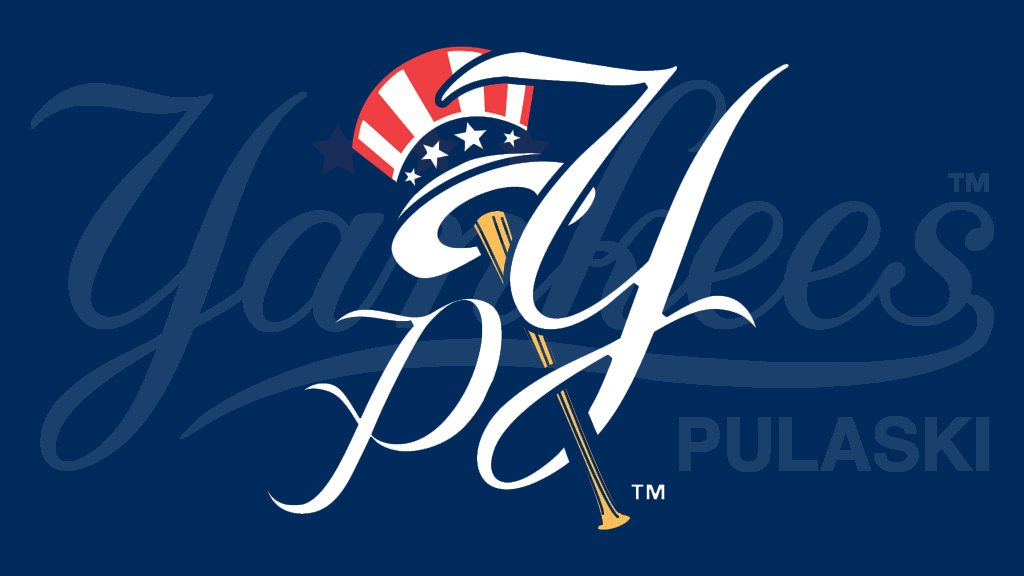 Back to back wins have given the Pulaski Yankees a chance to go over .500 for the first time in their young history, as they’ll take on the Danville Braves on Sunday night at Calfee Park.

The latter of Pulaski’s set of wins came yesterday, as they took the rubber match of a three game set with the Bluefield Blue Jays in a 7-4 final. Carlos Vidal went 3-for-4, delivering the margin of victory with a 3 run home run in the 8th inning. Pulaski’s bullpen pitched six innings, holding Bluefield to just two hits. Garrett Mundell (2-0) earned the victory, while Brody Koerner picked up his first save of the young season.

Danville’s meeting with the Princeton Rays was rained out yesterday. The postponement resulted in Danville getting swept by the Rays, the last defeat coming on Friday by 2-1. Carlos Castro drove in the lone run for the Braves, who fell to 4-7 on the season.

Pulaski has faced off with Danville at home before, salvaging a win in the finale of a three game set on June 25. The 8-2 victory was the first in team history. Frank Frias drove in three runs in the win while Hoy Jun Park added two more. Nestor Cortes struck out six over five innings in relief, accounting for half of Pulaski’s 12 strikeouts on the day.

First pitch is scheduled for 7:00 PM.