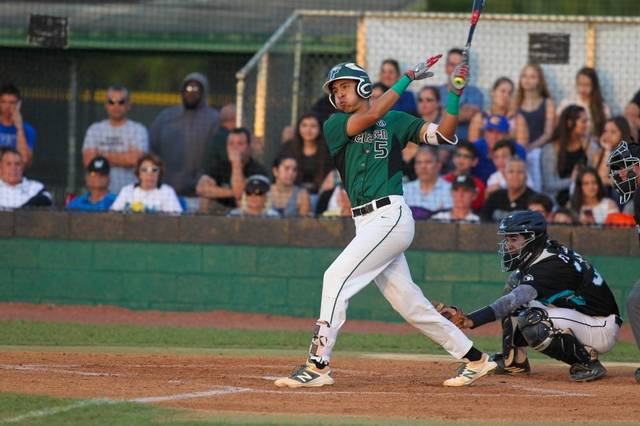 Mark Vientos is one of the youngest players eligible for this year’s draft. At the time of the draft, he’ll be just 17.5-years-old. Despite his youth, he is still regarded as one of the best high school infielders available. Vientos has a tall and lanky frame that would allow him to add a lot of muscle. And that’s one major reason that scouts are so drawn to him as a prospect: his body has been compared to Manny Machado and to the prep version of Michael Morse.

Obviously though, it’s not just about his looks. Vientos has shown plenty of offensive talent as well. He has a good quiet swing and generates great bat speed. His wide stance and firm base help give him plus raw power. Offensively he has a very high ceiling as scouts think he can develop both a plus-hit and plus-power tool.

The other aspects of his game are less exciting. He is regarded as a well below-average runner: MLB.com gave him a 30 grade for his speed tool. Vientos’ lack of speed is going to prevent him from playing the shortstop position for much longer.

However, he does have an above-average arm, so he should be able to play third base. It is believed he could eventually be an average defender at the position.

Considering he is only 17, it shouldn’t be too surprising that he often struggles to identify pitches and have consistency. He had a up-and-down season this year, and while that has hurt his stock, he has shown enough in the past to be targeted early in this draft.

Vientos is ranked as the 40th best prospect by Baseball America, the 62nd best prospect by MLB.com, and as the 17th best prospect by Keith Law. Vientos has a strong commitment to Miami, but it is believed that he is signable at the right price. Unfortunately, the Yankees probably do not have the money to sign such a player, and he is probably a more realistic target for a team with multiple first-round picks.