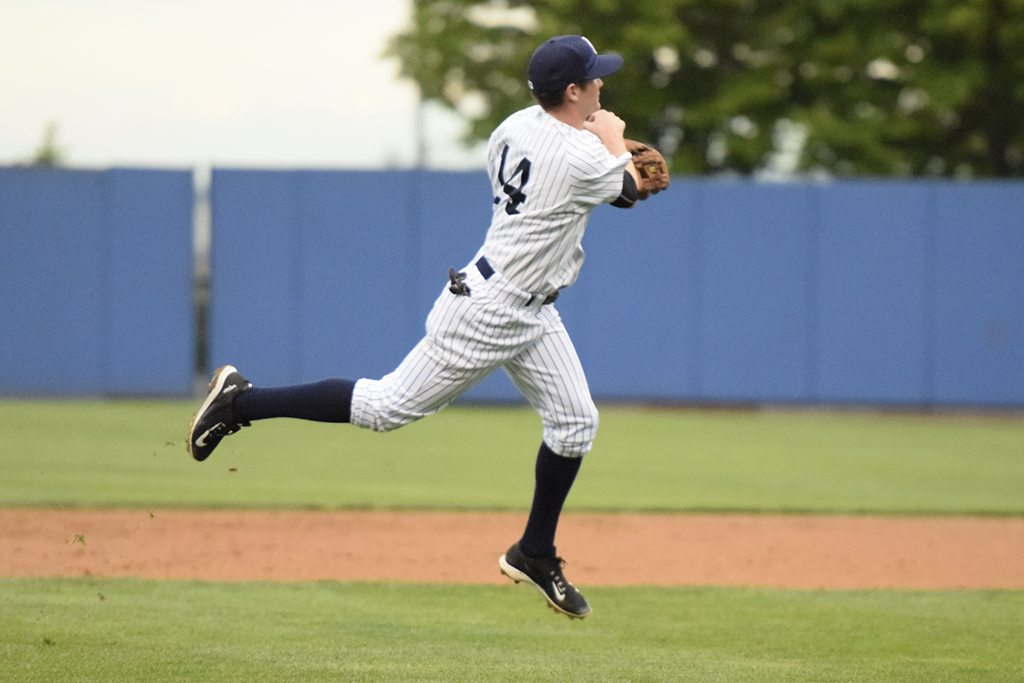 The Yankees selected Kyle Holder with the 30th pick in the 2015 draft out of the University of San Diego as a junior. Before 2015 he was a pretty obscure player. He went undrafted in both the 2012 and 2013 draft, and really only started to focus on playing baseball in 2014. Before 2014 he was a two-sport athlete playing both baseball and basketball.

Born and raised in San Diego Kyle attended University High School where hit .340 as a senior and helped lead his team to the CIF finals. He went on to attend Grossmont College- a junior college–for his Freshman season and put up the following stats: .405 BA (7th best in his conference), 66 Total bases (30th best), and had 9 steals (58TH best). His relatively strong year was not enough to gain national attention, but it surely helped him transfer to the University of San Diego, which was just one of the schools vying for him.

Holder put up a decent line in his sophomore season at the University of San Diego, and in the Cape Cod league, but he really broke through in 2015 when his slash-line was .348/.418/.482. He obviously was not considered a great offensive player, but he showed enough promise to be taken in the early in the MLB draft ranking in the 30s on most draft prospect lists.

Kyle was the Yankees second selection of the first round; he was the player they took with the draft pick they got via David Robertson’s departure. The pick was mostly met with contempt from fans, who were not pleased to use such a high pick on a defense-first player.

Many fans compared the selection to Cito Culver, and some even went further with the comparison and claimed they were the same type of player. However, they are many key differences between them, the biggest one being that Holder was really considered an over-reach by the media.

At the beginning of the season I figured that Rob Refsnyder was the Yankees most contentious prospect. But at the end of the day at least everyone seems to agree he is a Top-Yankee prospect. There is no consensus opinion on Holder’s value, and his draft selection will probably remain a quarrelsome topic for years to come.

However, perhaps it should not be because really Holder would not have to an average hitter to have value in majors. He will obviously have to hit better than he did in the NY-Penn League (57 wRC+, .252 wOBA), but most shortstops are below average hitters. No one should really feel comfortable with Elvis Andrus, Alcides Escobar, or Freddy Galvis at the plate, but you cannot deny these guys are major league players, and if Holder could become as good as them it’s a pretty good pick. Most prospects fail and Holder’s defensive strength gives a good shot to at least succeed on some level.