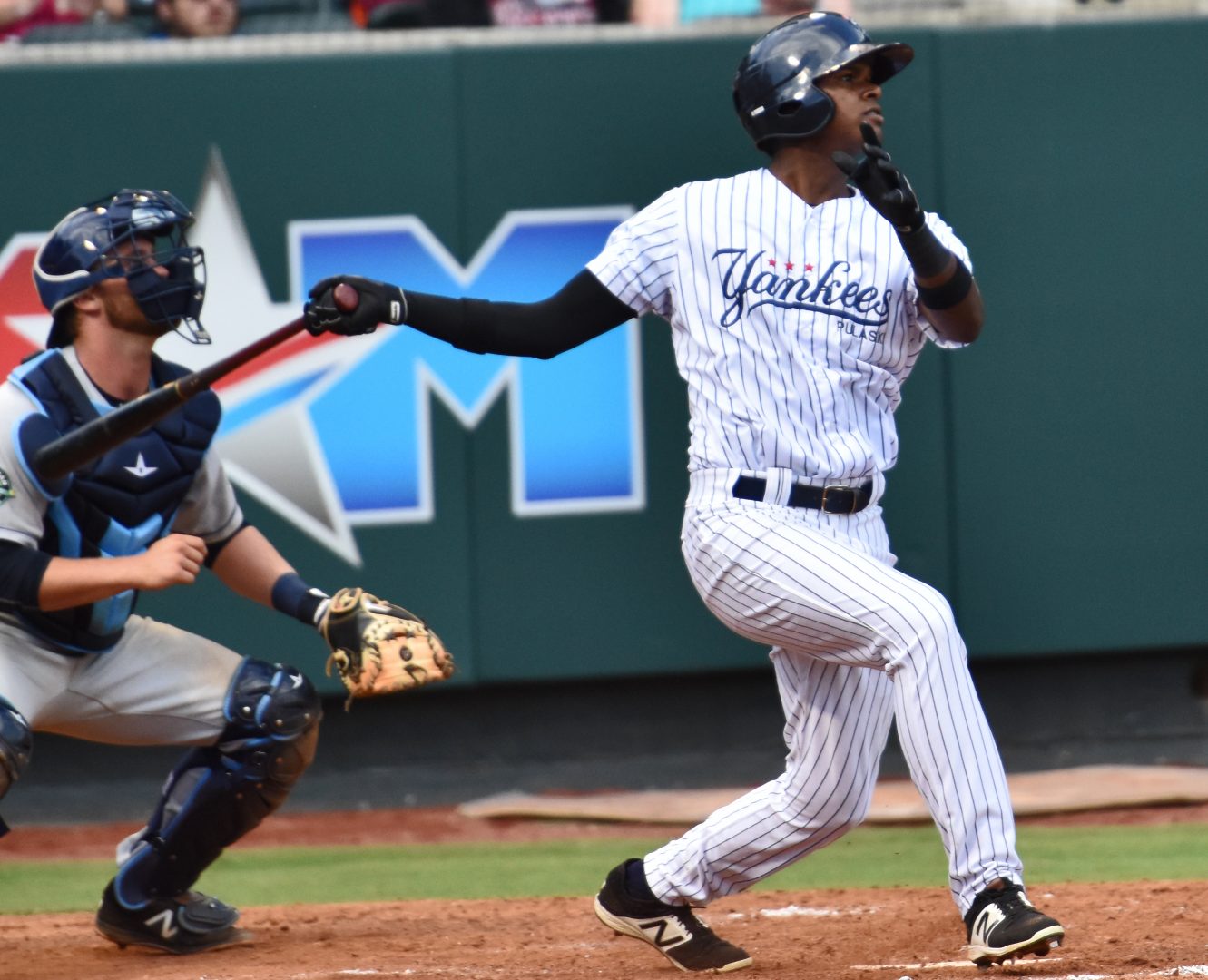 PULASKI — The Pulaski Yankees continued their hot start on Friday night with a 9-5 victory over the Princeton Rays in a game that really was not even that close.

Pulaski (2-0) put up a four spot in the fourth inning and that was followed up by three more runs in the fifth to break the game open against the Rays (0-2) as Yankees’ starter Jio Orozco worked to rediscover his mojo.

Orozco (1-0) – who was demoted after faltering in Charleston last year – worked into and out of trouble for five innings. Orozco gave up six hits and walked three, however, the only run he gave up was in the first inning and it was unearned. 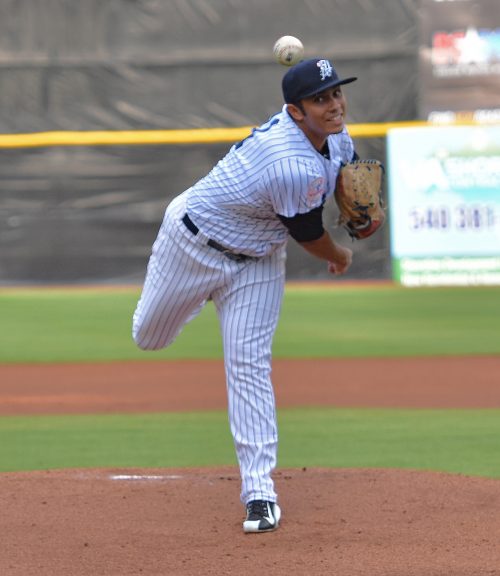 “Jio started a little shaky but we responded back,” said Pulaski manager Luis Dorante. “I think when we responded back and put up those two runs in the first inning it gave him a little confidence. And he battled through it, he gave us five innings. And it was good to see that from him. You know, he’s coming from Charleston with not great stats: his walk to strikeout ratio was pretty high. So, he came here to work on some command issues and I thought he threw the ball well tonight.

“We had great defense today behind Jio, and that was big. He got in trouble, but he was able to avoid the big inning which was good.” 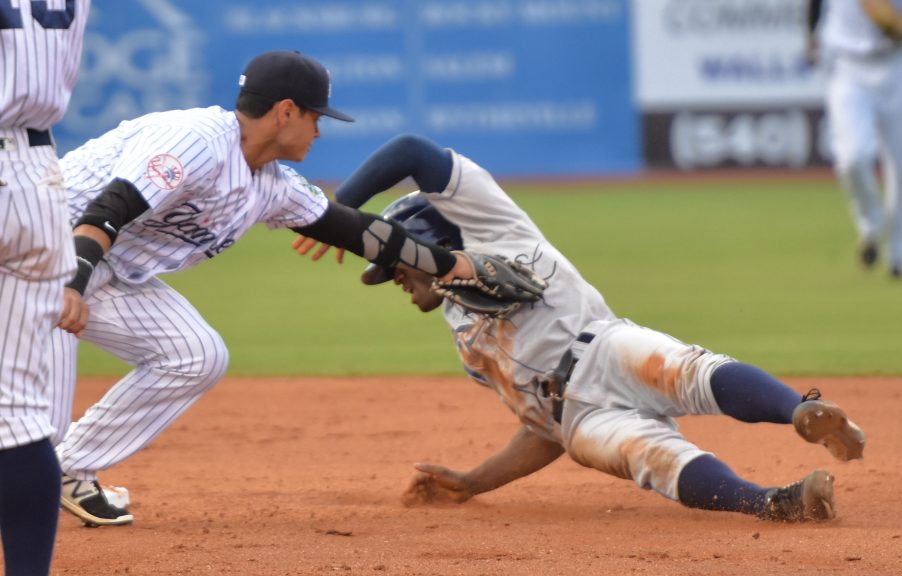 Coming off of his six-RBI performance, Yankees’ first baseman Eric Wagaman (2-for-4, two RBIs, run scored) got the scoring started for Pulaski with an RBI double in the first to get the game knotted at one. Later in the inning, Andres Chaparro came around to score from third base on a wild pitch to give the Yankees the lead, and they would not look back.

In the fourth, left fielder Brayan Emery hit a two-RBI triple, and that was followed by a screaming home run off the bat of Andy Diaz over the high wall in right field. 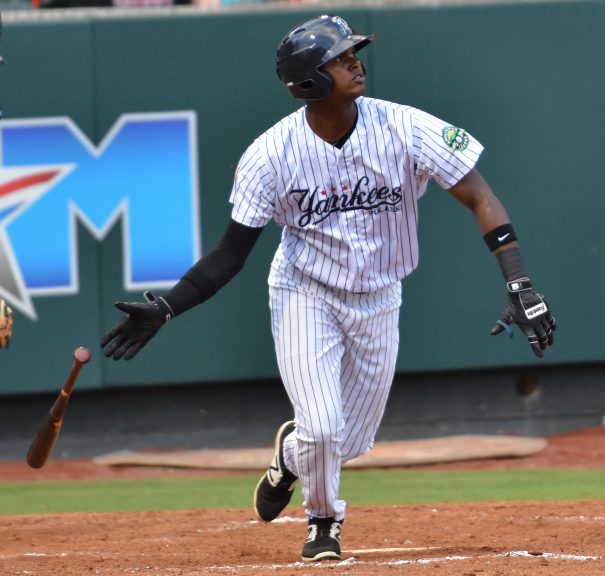 “He’s a good fastball hitter,” Dorante said of Emery. “He got one there with two strikes and turned it into a triple with his speed. So now it’s just a matter of building more confidence and laying off of those breaking balls that he chases. So, it was good to see his approach today, and it was just another contribution that we got from a different guy today.

“I heard some good things about (Garcia) and he put a good swing on a fastball and was able to hit that home run. It’s something that we like to see — he’s been giving us some good at-bats ever since we got him from the Dominican [Republic] and we’re going to try to find some more playing time for him.” 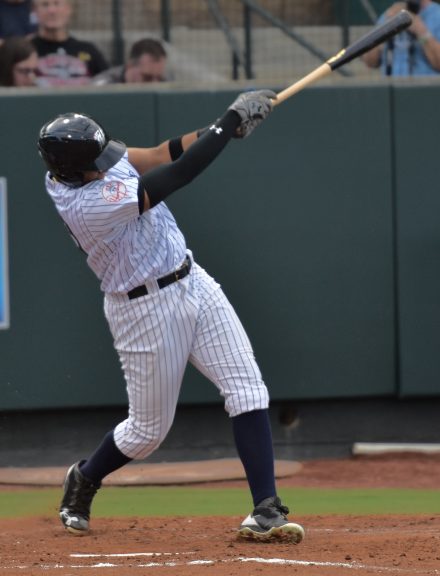 In the fifth, Wagaman picked up his second RBI of the game with a base hit, and Emery singled two more runs in later in the inning with the bases loaded. The Yankees had a 9-1 lead heading into the sixth.

The Rays, however, did not go quietly as they put up a four-spot in the top of the eighth inning. But, Pulaski reliever Abel Duarte came in with two outs in the eighth and shut the door. Duarte got the final four outs of the game, and he only gave up one hit, one walk, and he struck out two.

Pulaski will now go for the season-opening series sweep of the Rays on Saturday. First pitch at Calfee Park is set for 7 p.m.

“We just feel great right now,” Doronte said with a smile. “You know, every time you win you feel good.”