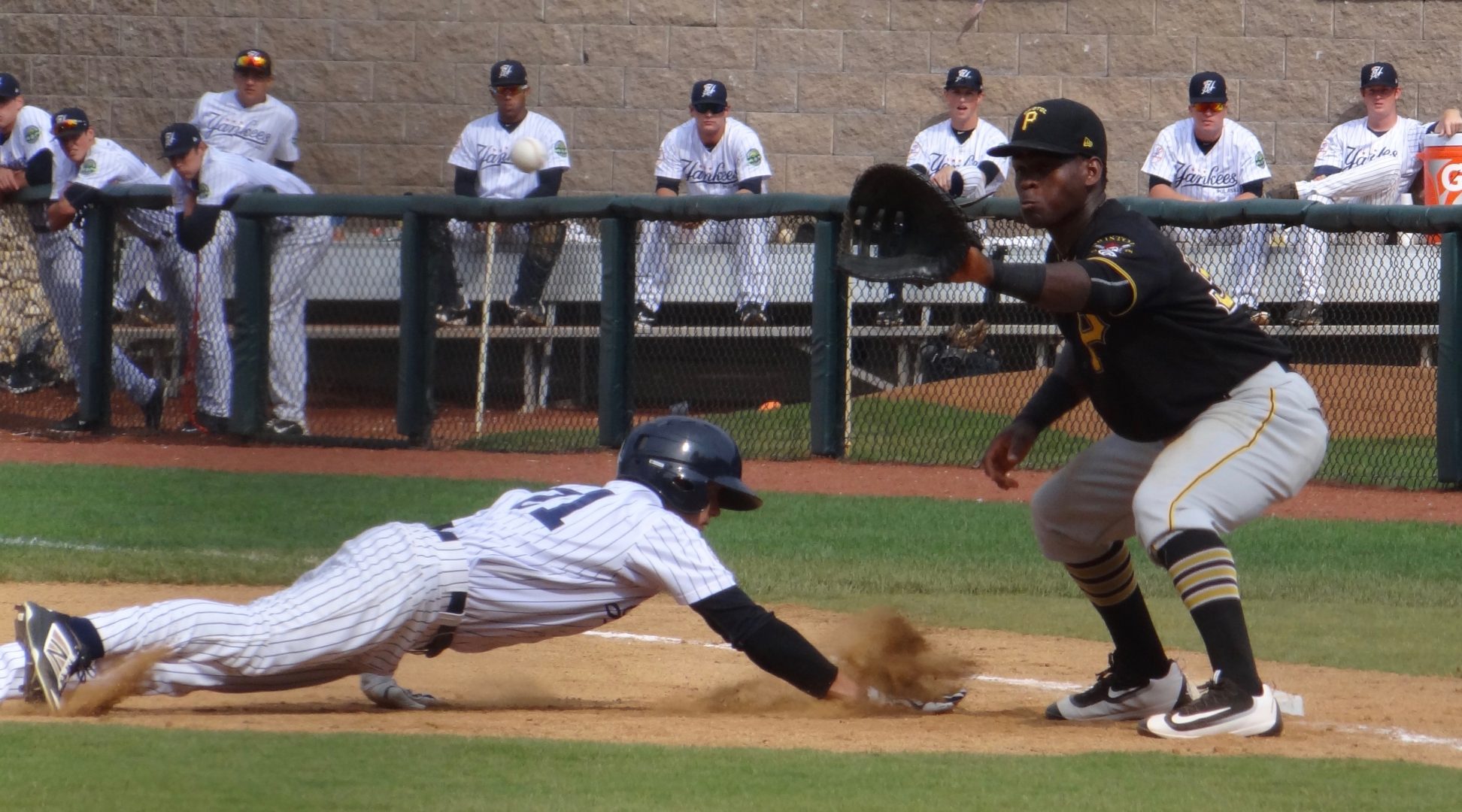 Ben Ruta diving back to first base. (Jarah Wright)

The Yankees (7-5) rallied in the bottom of the ninth for a stunning 7-6 win over the Pirates (6-6) highlighted by a grand slam from Kevin Cornelius. Pulaski reliever Phillip Diehl picked up his first win of the season pitching two innings allowing two runs on three hits while striking out three. Bristol reliever Jeff Hartlieb was tagged with his first loss of the season and falls to a 2-1 record. He pitched a third of an inning allowing six runs on hits while walking one. Two of those runs were unearned. Both teams return to Calfee Park Tuesday night to face off in the series finale.

It was a slow start to the game with Bristol scoring the first run of the game in the fifth but Pulaski tied things up in the sixth. Leonard Molina doubled to center and moved to third on a single from Ben Ruta and he scored on a throwing error to tie the game.

The Pirates plated three runs in the seventh and two runs in the ninth to pull ahead to a commanding 6-1. A fielding error, a single, and a walk loaded the bases and set the stage for Kevin Cornelius. Cornelius hit a monster grand slam cutting down Bristol’s lead to 6-5. Molina then singled before a fielding error allowed Dermis Garcia to reach as well. Victor Rey then struck out to have the bases loaded with two outs. However, Pirates’ reliever John Pomeroy then walked three straight batters to bring in the tying and then game-winning runs to seal another Yankees victory. 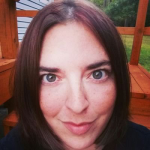