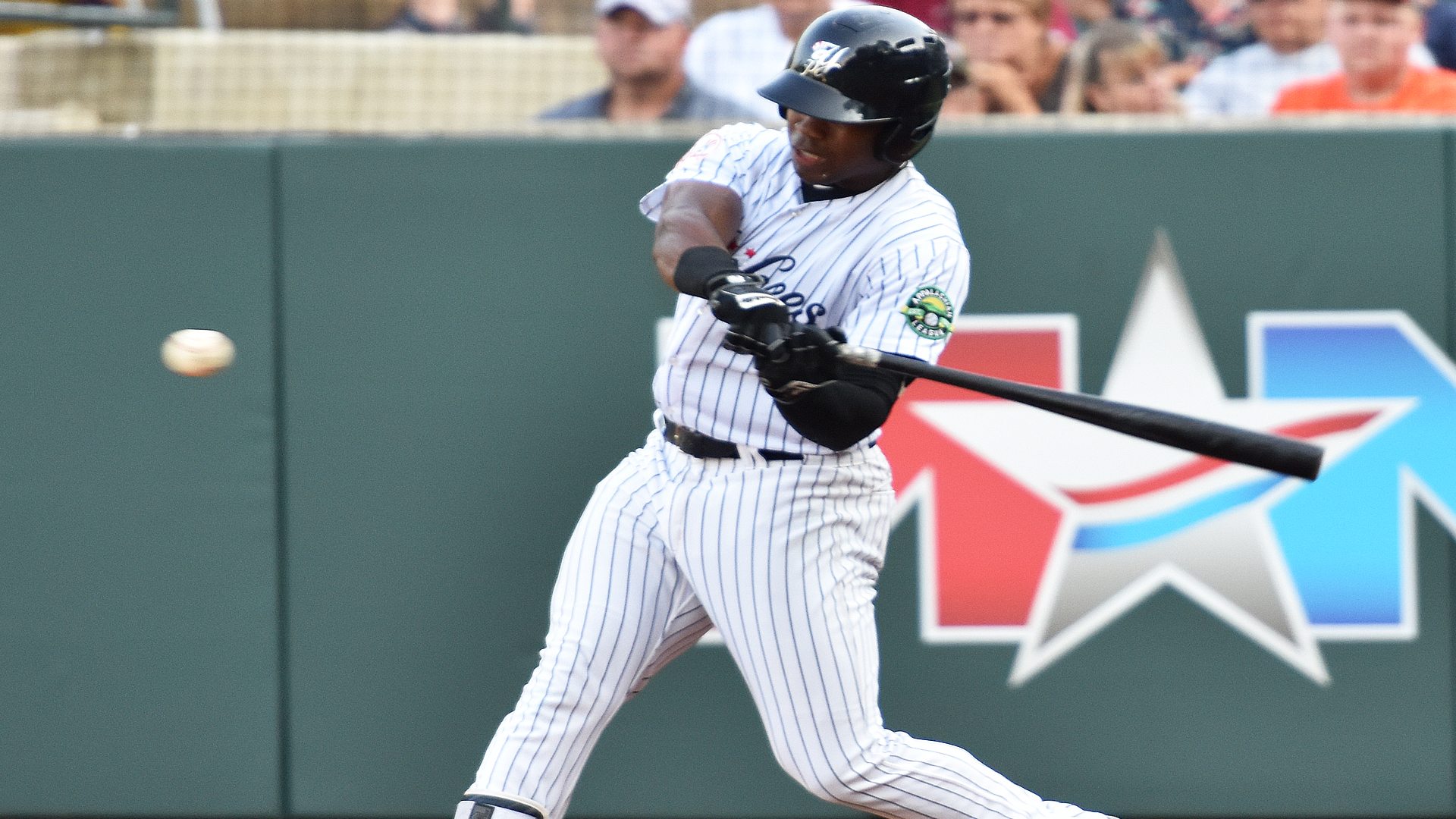 PULASKI – Anyone who came out to Calfee Park on Saturday night saw something that only happened for the second time this season.

The Pulaski Yankees dropped a series-opening game (eight series total) – this time to the Burlington Royals.

The Yankees battled to end, putting the tying run on base in the bottom of the ninth inning, but a questionable strike three call on what appeared to be a check-swing ended this game in a 9-7 final for the Royals.

“I gotta give credit to our kids, they kept playing and kept fighting,” said a noticeably frustrated Pulaski Manager Luis Dorante. “But to end the game like that….you know, it’s just one of those things that you just have to live with it.”

The final out of the game between the Pulaski Yankees and Burlington Royals on Saturday, July 15

Pulaski trailed by three runs to start the bottom of the ninth inning, but three straight base hits by the top of the order – Pablo Olivares, Jesus Bastidas, and Dermis Garcia – knocked a run in and got runners on the corners with just one out.

Steven Sensley was the next batter for the Yankees, and after having a sensational game to that point – 2-for-3 with three RBIs, a walk, three runs scored – he looked at a called strike three.

The game then came down to Pulaski catcher Andres Chaparro.

“You know, especially in this ballpark, you never know what can happen so we always play like we think we’re going to come back: a three-run lead, that’s nothing,” Dorante said.

The Yankees fell into a hole early in this game as starter Dalton Lehnen struggled with his command early. Lehnen surrendered three runs (none earned) without getting out of the third inning before he was pulled. The rest of his final line was: 2 2/3 innings pitched, five hits, one walk, and four strike outs.

“He was not the same guy tonight that we saw last time,” said Dorante of Lehnen who made just his third start with Pulaski this season. “I think he was just opened up a little bit too much with his front shoulder because the ball was running away from the righties.

“He didn’t really look like himself, I don’t know if maybe he just too a little bit too excited tonight to get back in there, but now he’s just gotta clean up those little things and be better next time.”

The Yankees offense came alive in the third inning to put a four-spot on the board and jump out to a 5-3 lead, but the Royals responded with two runs in the fifth to tie this game at five apiece, and then they added two runs in the eighth inning to take the lead and tacked on two more insurance runs in the ninth.

For Pulaski, Sensley hit a towering home run in the second inning to put the Yankees on the board, and designated hitter Brayan Emery knocked in Sensley in the eighth to pull Pulaski within 7-6 entering the final frame of the game.

“This group, these are our kids and they’re still learning how to play baseball right now,” Dorante said. “So, this is just one of those games that we will learn from the mistakes we made and move on.”