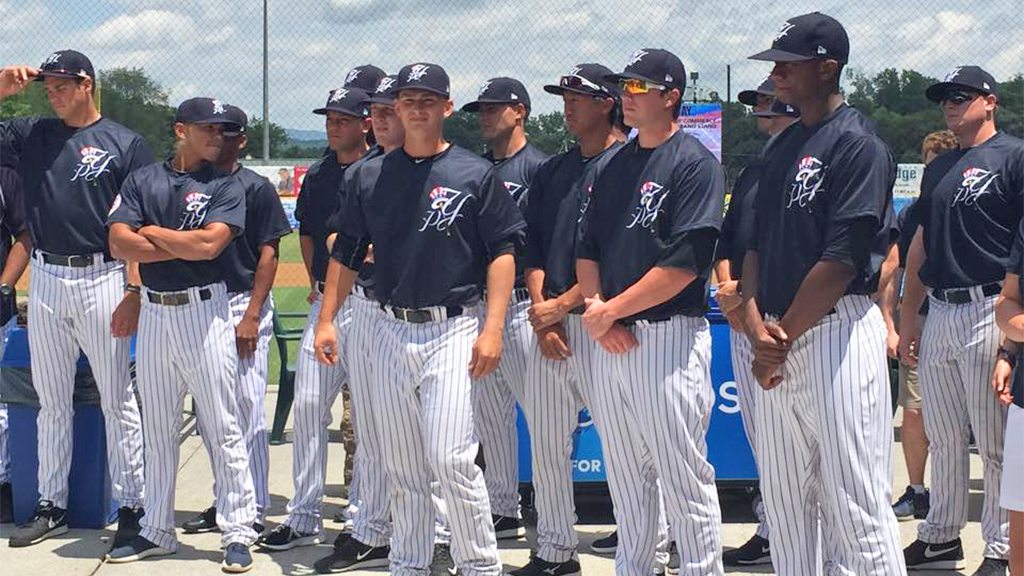 JOHNSON CITY, Tenn – The Pulaski Yankees (44-23) are chugging toward the Appalachian League playoffs, The Appalachian Conference East champions rolled to an overpowering 10-0 win over the Johnson City Cardinals (27-37) before 2,089 fans at Howard Johnson Field Monday night.

First baseman Kane Sweeney had three RBIs and is hitting .325, while center fielder Frank Frias had a trio of hits. Third baseman Allen Valerio belted his 12th homer of the season.

The Yankees will close the regular season at 7 p.m. Tuesday vs. the Cardinals, then, after a night off, open a best-of-three Appalachian League semifinal at Princeton Thursday evening before returning to Calfee Park Friday evening for Game 2 of the series and Game 3 Saturday if necessary.

Pulaski led the Appalachian League in attendance in 2015, drawing 57,023 fans, an average of 1,677 attending at Calfee Park.