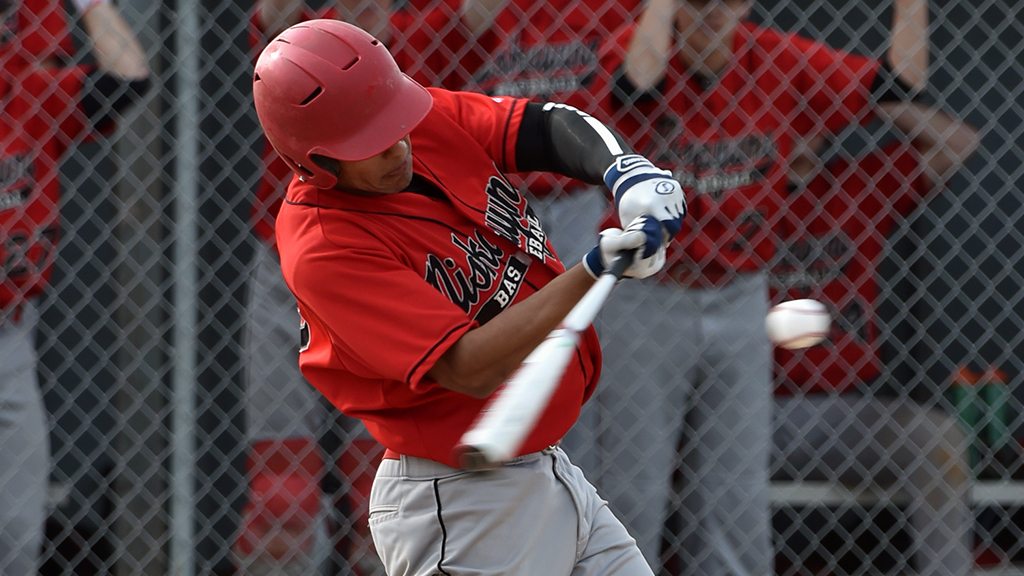 In anticipation of the 2015 MLB draft Pinstriped Prospects conducted the following interview with Garrett Whitley. Whitley is a high school outfielder, who attends Niskayuna HS. He is regarded as one of the drafts best prospects, and has one of the highest offensive ceilings in the draft.

Do you play any sports competitively other than baseball, what would you say you’re favorite sport growing up?

I don’t play any sports other than baseball anymore, but I used to play basketball and football, as well as hockey when I was much younger.  My favorite sport has always been baseball; there was always just something about it that appealed to me more than any other sport.

When was it that you realized that you could do something beyond high school with baseball?

I’ve always had aspirations beyond high school for baseball, and I’d say that I realized I could potentially play beyond high school at a relatively young age.  I played varsity as a freshman and I went to a good number of college showcases, and always got good feedback.  The first time I realized that professional baseball was a legitimate opportunity was last summer at the East Coast Pro and Area Code showcases, which were my first opportunities to play against the top echelon of high school players in the country.  There, I realized that I could definitely compete and excel against those guys.

How would you describe your overall game, your offensive/defensive strengths/weaknesses? What major leaguer, past or present, do you think your game resembles.

I would describe my game as a combination of power and speed, and I’d say that those are my two best tools, too.  The aspects of my game that I identify as weaknesses right now are arm strength and certain technical things, like baserunning.  Those are two things that I have been working on and will continue to work on.

I look up to Mike Trout as a guy that I aspire to play like.  He also has that combination of power and speed, and there are other similarities between us, like both being northeast kids.

What would you say has been you’re best baseball moment so far?

My best baseball moment so far has been one of two things.  In the summer of 2012, I played in the 15U Babe Ruth World Series with my local team.  We had played together every summer since we were eight, and 2012 was our last year together.  After several years of being stopped in Regionals, we finally made it to the World Series where we placed third.

The other possibility for best baseball moment wasn’t really a moment, but a couple weeks… playing in the East Coast Pro and Area Code showcases.  Those were really my coming out on the national scene and were really important in giving me an opportunity to be seen by scouts, plus they were a lot of fun.

How much have you been thinking about the draft?

I try not to think about the draft too much.  Since we are getting closer, it’s been on my mind more often, but I’m still in my high school season and that’s what’s important right now, so I focus on that.

If a situation presented itself where you got drafted and a team offered you a good contract, is playing professional baseball right out of high school something you would consider?

How many teams have you heard from?

I’m not sure you’ll last until the 16th pick of the draft, but are the Yankees one of the teams that have expressed interest in you?

If Garrett Whitley is not at the baseball field, he can be found… (I probably should just go to your go-pro video for this one).

I can be found with my friends and family, watching TV shows on Netflix, playing video games (usually MLB 15 The Show or NBA 2k15), at one of my brother’s games or sister’s events, or studying.
How do you try and remain a normal 18 year old high school senior when, quite frankly, you don’t have normal opportunities in front of you? How do you deal with that pressure and still stay grounded?

To stay grounded, I just always remember that there is a lot of work that still needs to be done.  No matter what happens in the draft, there is still a long way to go to reach my ultimate dream, the MLB.  So I just keep my head down and keep working hard.  (Plus, most of my friends and family help me out a good bit in the staying grounded department haha).

Did you have a favorite baseball team/player growing up? Were there any players you looked up to?

I was born in Boston and my family is from Boston, so I grew up a Red Sox fan.  I always looked up to Manny Ramirez when I was younger… I just loved his swing.  And, like I said before, right now I really like Mike Trout, and also I like Andrew McCutchen.