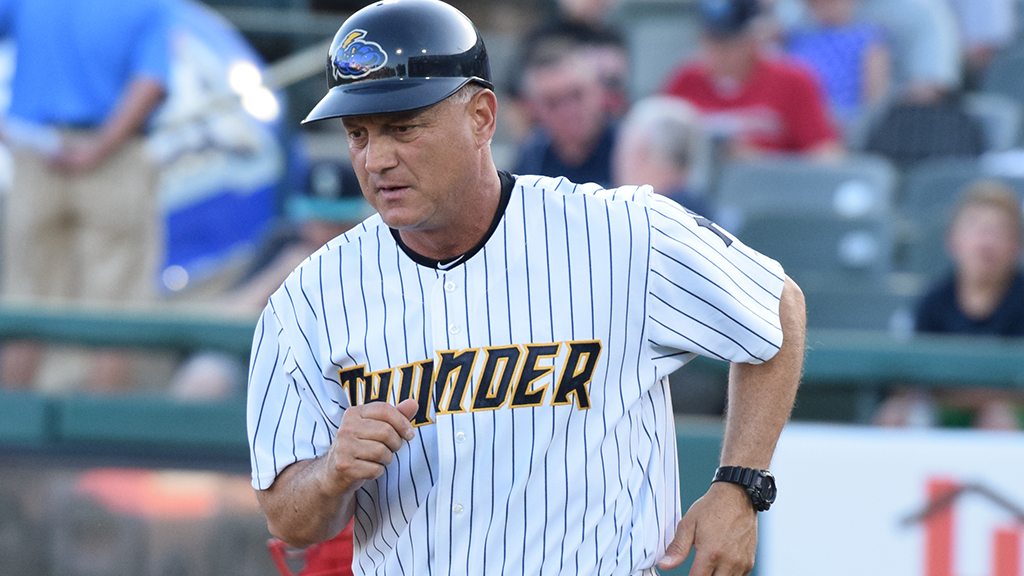 Pedrique, a native of Venezuela, managed the Double-A Trenton Thunder to a 71-71 showing in 2015 a year after skippering the Advanced-A Tampa Yankees to a 71-68 record in 2014. He led the Low-A Charleston RiverDogs to a 75-63 mark in 2013. Before joining the Yankees organization, he served as a coach or manager in the Houston Astros, Kansas City Royals and Arizona Diamondbacks organizations over 16 years. He spent the 2010-11 seasons as the bench coach for the Houston Astros and also served as the third-base coach for the Diamondbacks’ major league club in 2003. He began 2004 as the Diamondbacks’ Triple-A manager, but was handed interim managerial duties after the July firing of Bob Brenly. Originally signed as a non-drafted free agent by the Pittsburgh Pirates in 1978, Pedrique went on to play in parts of three seasons with the Mets (1987), Pirates (1987-88) and Tigers (1989). He played parts of five seasons in the International League for Tidewater/Norfolk (1985-86, 87, 91) and Toledo (1989).

Brown broke into pro baseball as a non-drafted free-agent signee with the Dodgers in 1997. That marked the start of a 12-year career as a player in 609 minor league games. His run concluded in 2008 as a part of the Governors’ Cup champion SWB Yankees. Between his playing days and his return to NEPA in 2014, he coached at his high school (Palos Verdes) and college (USC) alma maters along with a run in the prestigious Cape Cod Baseball League with the New Orleans Firebirds.

London, the International League’s Athletic Trainer of the Year in 2006 and 2012, has spent more than two decades as the Yankees’ Triple-A athletic trainer with this season marking his 24th at the level and 28th in a row with the organization. He has been SWB’s athletic trainer since the team became the Yankees’ top satellite in 2007.

Hyde, a graduate of the University of Arkansas at Fayetteville, has spent time with minor league teams under the Cincinnati Reds’ and San Francisco Giants’ umbrellas before serving as the assistant strength and conditioning coach for the Reds in 2013. He spent the last two seasons in the Bronx in the same role for the New York Yankees, and has spent the last several off-seasons with MLB’s European Academy in Italy.

DeClerck, a University of Rochester alumnus, spent last season in a player-development video role with the Washington Nationals’ New York-Penn League club in Auburn, N.Y. He also has served in an operations role with the Detroit Tigers and broke into pro baseball with the RailRiders’ division rival, the Rochester Red Wings.

Macciocco, an NEPA product, spent multiple seasons in the SWB clubhouse including the team’s trying 2012 season without a true home stadium as PNC Field was reconstructed. After a one-year run in the head role with the Double-A Mobile Bay Bears in 2013, he took over primary clubhouse duties for SWB in 2014.