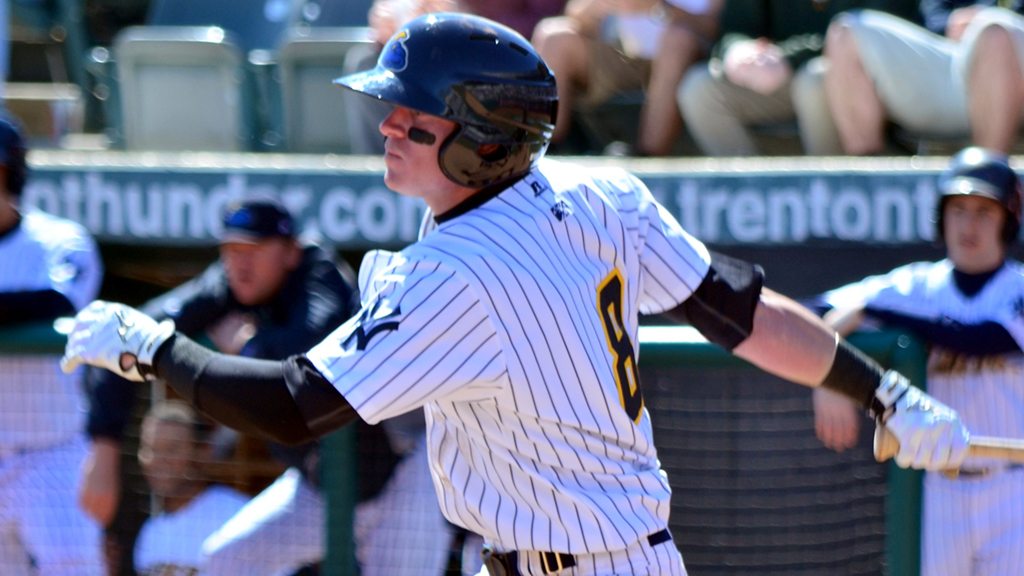 Ben Gamel is an excellent player, but he proved to be expendable.

MOOSIC, PA – The SWB RailRiders (Triple-A/New York Yankees) dropped a 5-0 final to the Louisville Bats on Thursday night at PNC Field. The Bats (24-22) claim the series by winning two-of-three, but the RailRiders (27-21) finish the regular season schedule with Louisville 4-3.

Jon Moscot (1-2), on a Major League rehab assignment with the Bats, held the RailRiders scoreless on four hits over six innings. He struck out four without allowing a walk. Tyler Olson (1-2) shouldered the defeat after allowing five runs on 10 hits over 4.2 innings.

Steve Selsky doubled to open the second and scored on a chopping single over the drawn-in shortstop Pete Kozma by Carlos Triunfel. Kyle Waldrop added a two-run double in the fourth as part of a three-run frame to build a 4-0 lead. Triunfel capped the scoring with his third hit of the night, a double in the fifth.

The game turned for SWB in the last of the third. The trio of Eddy Rodriguez, Jonathan Diaz, and Ben Gamel combined to load the bases on three straight singles with nobody out. Moscot escaped the jam by inducing a 5-2-3 double play from Aaron Judge and a strikeout of Nick Swisher.

SWB finished the night 1-for-9 with runners in scoring position.

The RailRiders hit the road for a six-game excursion through the International League South Division. A three-game series agains the Norfolk Tides begins on Friday night. Right-hander Chad Green (3-3, 1.47) will start against Tides’ righty Odrisamer Despaigne (1-5, 3.97). First pitch at Harbor Park is set for 7:05 p.m. For tickets or more information, please call 570-969-BALL (2255) or visit swbrailriders.com.