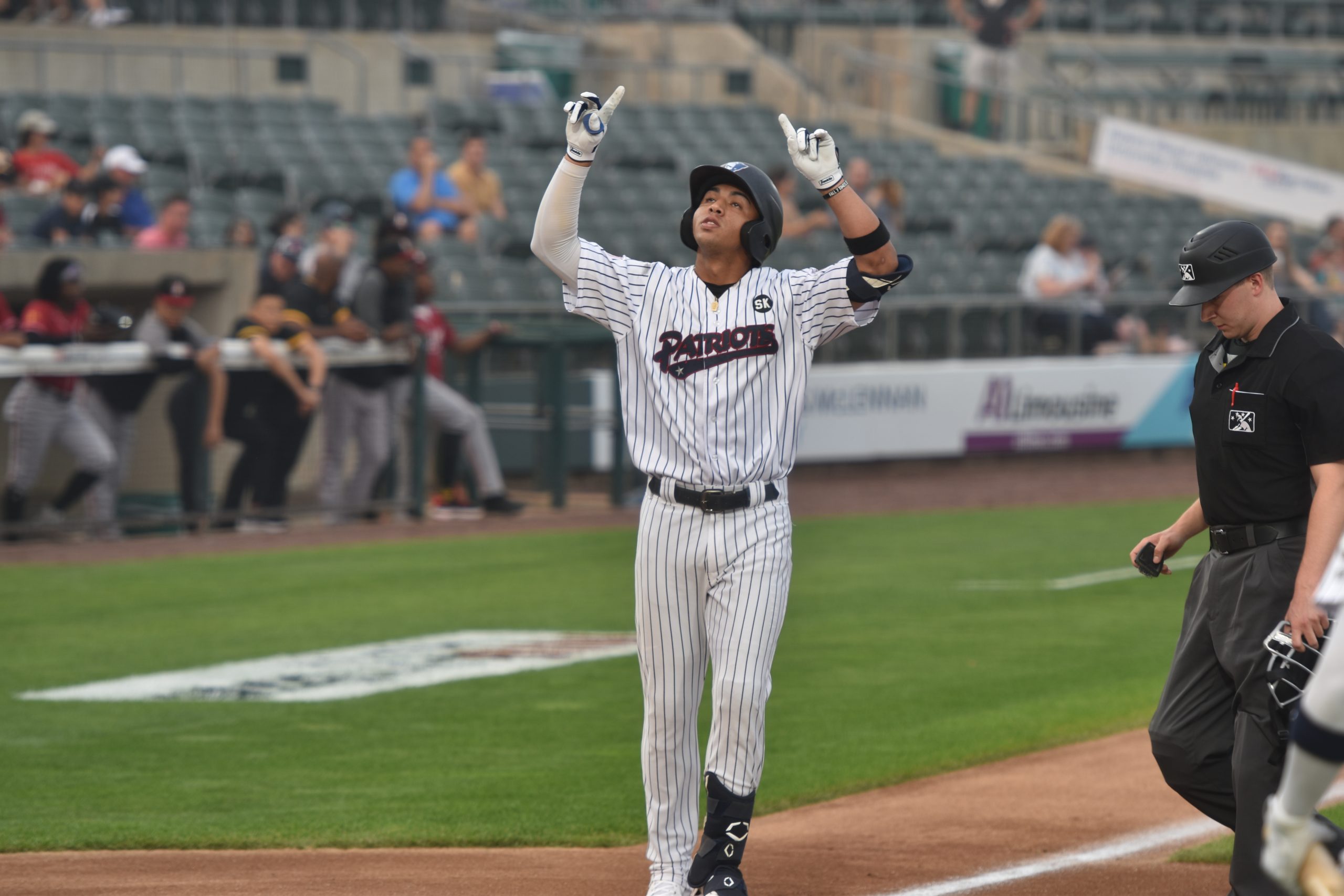 On Monday, the Yankees announced the Scranton/Wilkes-Barre Railriders break camp roster. The initial roster includes 17 players that suited up for the Railriders at one point or another last season. Of the players on the roster, 14 of them are pitchers, four are catchers, seven are infielders, and five of them are outfielders. Let’s dive into the major takeaways from each position group.

Eight of the 14 pitchers on the current roster were on the Railriders last season, including starters Matt Krook, Shawn Semple, Hayden Wesneski, Luis Gil, and Deivi Garcia. Gil and Garcia were demoted after the initial roster was announced, along with reliever Manny Banuelos. Semple made two starts at the end of last season for the Railriders and struggled to get outs. The right-hander hopes to start the season better than he ended in 2021. The other starters are former MLB All-Star Shelby Miller and Ryan Weber. They each could make spot starts while also making appearances in the bullpen. 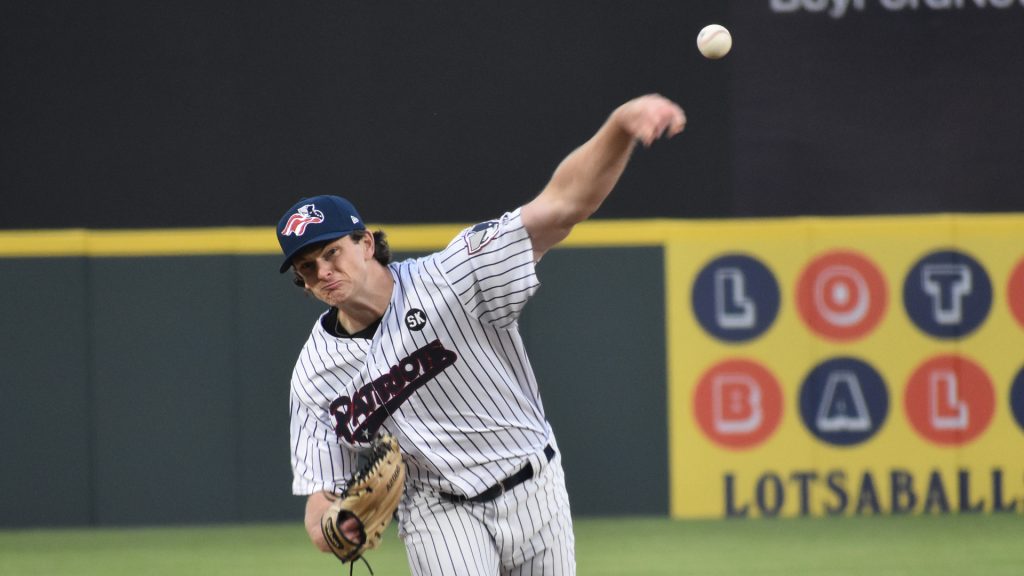 Krook was named the Opening Day starter when the Railriders travel to Syracuse to start their series against the Mets on Tuesday. The southpaw had a fantastic 2021 season between Somerset and Scranton/Wilkes-Barre, holding a 2.89 ERA, 1.19 WHIP, and striking out 132 batters over 106 innings in 24 games (21 starts) overall. He will be facing a Syracuse lineup that has four of the Mets’ top 30 prospects: shortstop Ronny Mauricio, utility player Mark Vientos, and outfielders Khalil Lee and Nick Plummer. 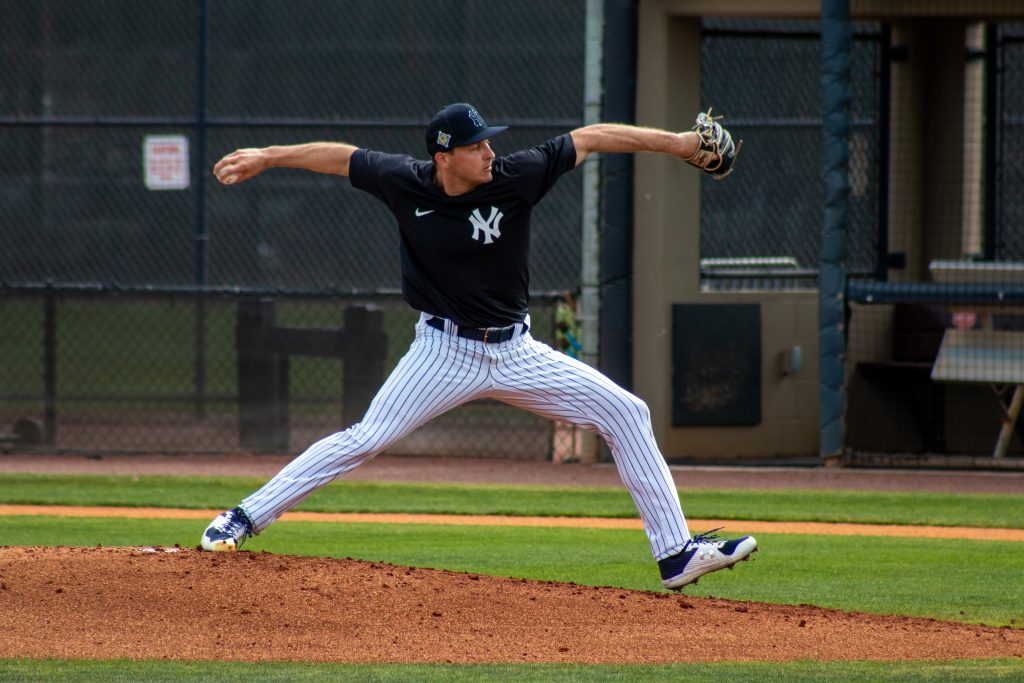 Wesneski pitched across three levels last season, starting at Hudson Valley and ending at SWB. In three games – two starts – for the Railriders, he held a 3.27 ERA while striking out 12 over 11 innings. Overall across the three levels, the Houston native struck out 151 batters and walked 36 in 130 1/3 innings. Garcia looks to bounce back from a rough 2021 season in Triple-A. He saw promise in spring training as he saw an uptick in his fastball velocity. After sitting around 91-92 mph last season, his fastball averaged about 95 mph and topped out at 97 mph in the spring. 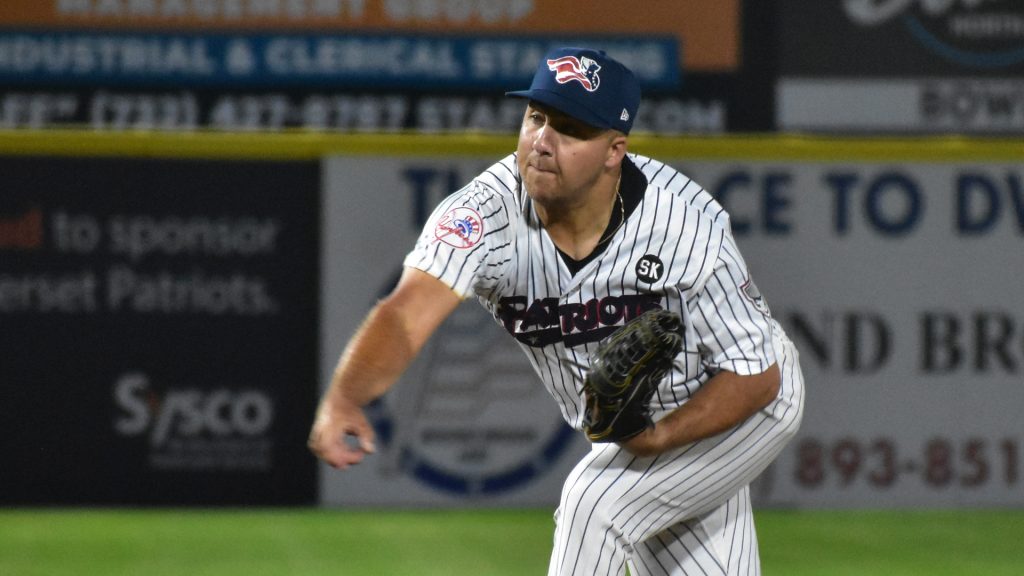 Greg Weissert pitching for the Somerset Patriots on May 7, 2021 (Chris Jones)

The bullpen consists of Braden Bristo, Zach Greene, Trevor Lane, Reggie McClain, Vinny Nittoli, and Greg Weissert. Some of the arms in the rotation could make relief appearances and there could be some “openers” which the Railriders did some of last year. All but Greene and Nittoli were with the Railriders last year. Nittoli finished last season in the Minnesota Twins organization and signed with the Yankees in December. In seven appearances for the Twins’ Triple-A team, the Saint Paul Saints, the right-hander struck out 10, walked three, and surrendered two runs over 7 1/3 innings. Nittoli also converted one save chance in two opportunities. Greene was down in Somerset after starting the year with Hudson Valley. Between the two levels, he held a 3.17 ERA and 1.01 WHIP while striking out 91 and walking 21 in 59 2/3 innings over 34 appearances.

The Railriders break camp with four catchers on the roster, Rob Brantly, David Freitas, Max McDowell, and Hemmanuel Rosario. Brantly and McDowell were both on the roster last season, with Brantly getting playing time in New York. Freitas started last season playing for the Kiwoom Heroes of the KBO, before joining the Tampa Bay Rays organization. The Yankees signed him to a minor league deal back in November. Rosario was signed as a non-drafted free agent back in 2017 by the Yankees and he played 13 games in the Florida Complex League last season. Brantly and McDowell will share a majority of playing time for the Railriders. Of course, if there are any injuries in the majors, one of them would be called up. With Gary Sanchez gone, Kyle Higashioka and Jose Trevino will share duties for the Yankees, with Ben Rortvedt currently out with an injury. 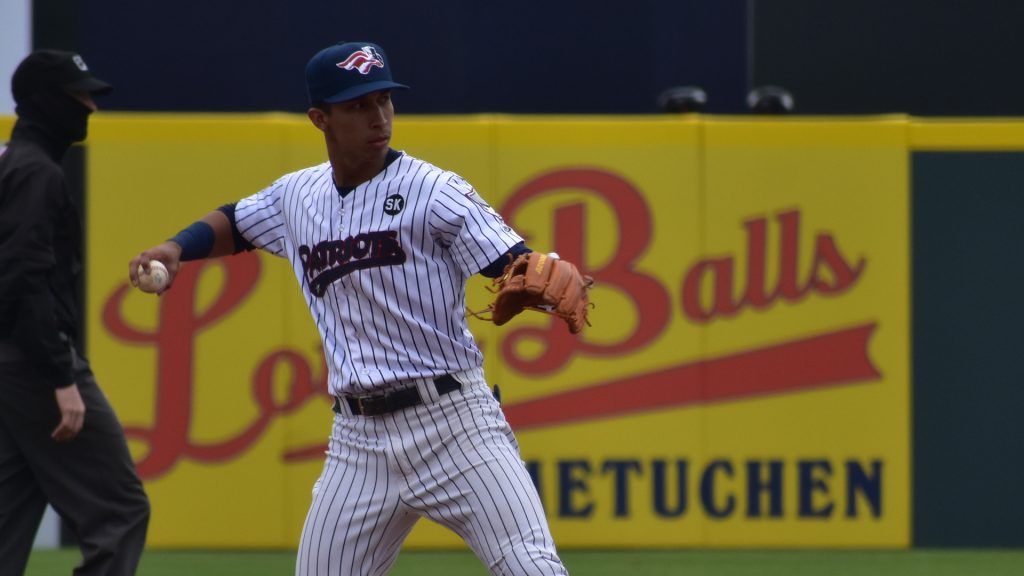 Oswaldo Cabrera
playing for the Somerset Patriots on May 9, 2021. (Chirs Jones)

After the Yankees didn’t go out and sign a big-name free agent shortstop, Peraza could be up sooner rather than later. In the final eight games of the 2021 season, the Yankees’ number two prospect went 8-for-28 with one homer, two RBI, and two stolen bases. Peraza played in the final nine games for the RailRiiders after playing the majority of the season with Double-A Somerset. He went 15-for-30 with five homers, 11 RBI, and one stolen base.

Guzman comes from the Texas Rangers organization, where he had been since the age of 17 in 2012. The first baseman played just seven games in the majors last year before going down with a knee injury He would miss the rest of the season after requiring surgery. He provides much-needed first base depth for the Yankees, who lost Chris Gittens to Japan and traded Luke Voit to the San Diego Padres. Evans was with the Pittsburgh Pirates the last two seasons after being in the New York Mets’ organization since 2011. He provides versatility and depth as he can play third, first, and the corner outfield positions.

The outfield group now also includes Ender Inciarte, who the Yankees signed before the lockout. Aaron Boone announced on Monday that the former Atlanta Brave didn’t make the Opening Day roster. Inciarte is essentially this year’s Greg Allen, who provided the organization with solid depth and high-level play for the Railriders. He joins a group that consists of Estevan Florial, Michael Beltre, Evan Alexander, and Ryan LaMarre. Florial and LaMarre were both with the Railriders for the majority of last season. They each also got playing time in the Bronx due to injuries with the big league club.

Florial was once a big-time hyped-up prospect but hasn’t been able to figure it out Triple-A in between fighting through injuries in his career. This year is really his make-or-break year. If he can’t cut down on the strikeouts and be even half of what the Yankees hoped him to be, he will never be anything more than minor league depth. He provides speed and a solid outfield glove, but the bat is well behind those two traits. Last season between Double-A and Triple-A, he struck out nearly 35 percent of the time. If he can focus on making more contact, he will run into homers and not just sell out for the power. Beltre spent the entire 2021 season in Somerset, and he also played in the Dominican Winter League. In 109 games at Somerset, the switch hitter slashed .256/.344/.470 with 16 homers, 54 RBI, and 37 stolen bases.

In this article:Scranton Wilkes-Barre RailRiders