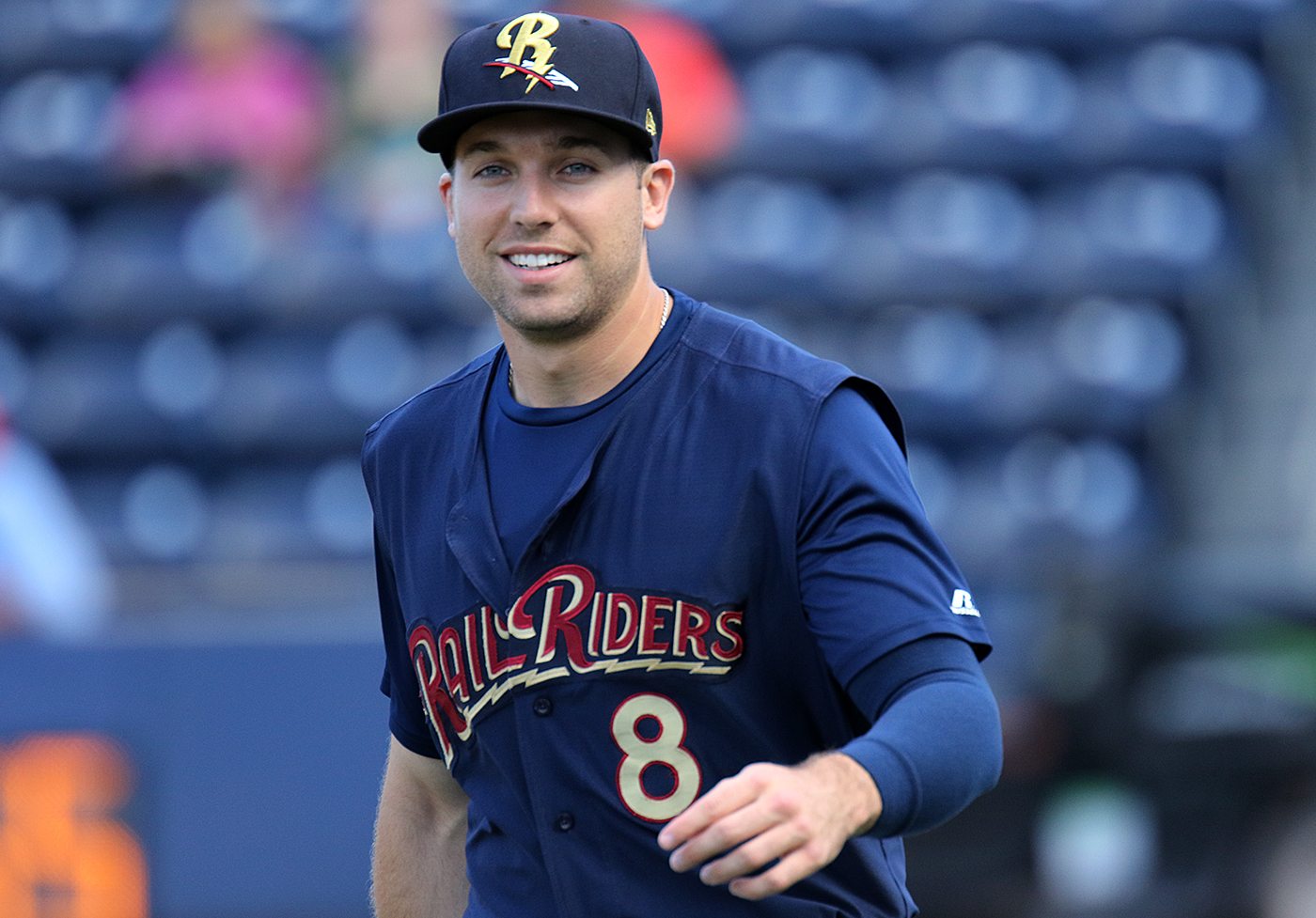 Scranton/Wilkes-Barre RailRider's Jake Cave before a game against the Charlotte Knights at PNC Field in Moosic, Pa. on Tuesday, June 7, 2016. Photo by Martin Griff

It was announced on Tuesday, August 1, 2017 that the Scranton/Wilkes-Barre RailRiders (Triple-A) outfielder Jake Cave has been named July’s International League Player of the Month, becoming the franchise’s first to win the award since Aaron Judge did last June.

The 24-year-old also was within the IL’s top five in home runs, runs batted in, extra-base-hits, on-base percentage, and slugging percentage.

Since his mid-June promotion from the Trenton Thunder (Double-A), the former 6th round selection is batting .370 in 40 games as a member of the RailRiders.

The Hampton, Virginia native also reached base safely via base hit in 24 of the 26 games that he played in July, earning a IL Batter of the Week award for the period from July 17th-23rd.