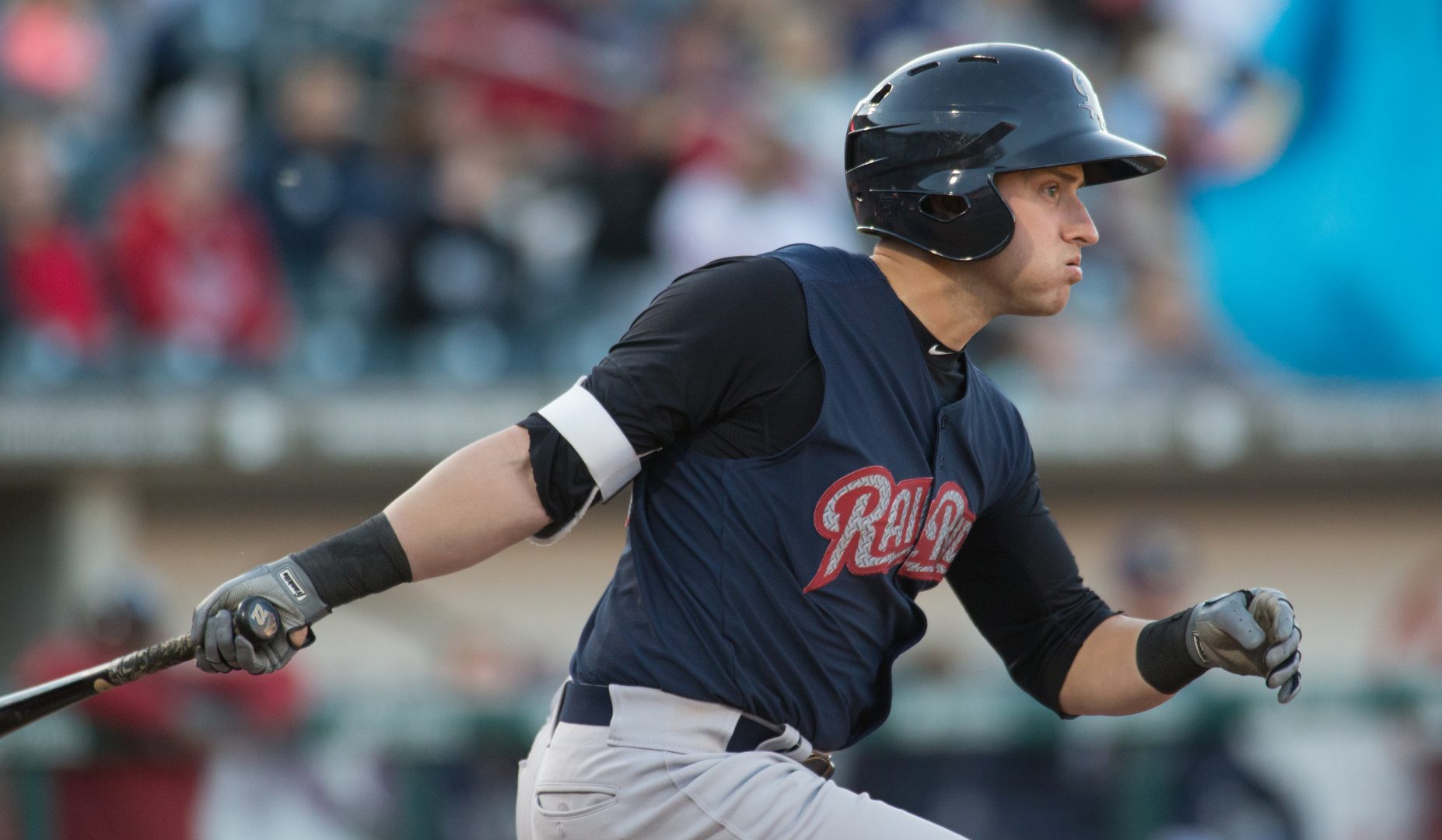 Mark Payton was 2-for-4 and he started the scoring for Scranton with a two-run single in the bottom of the second (1,2) (Cheryl Pursell)

The Scranton Wilkes-Barre RailRiders’ and Rochester Red Wings took their matchup into the 11th inning Saturday night. Both bullpens were solid but the RailRiders were the ones to come out on top with a 5-4 victory thanks to a clutch, two-out, RBI single by outfielder Mark Payton.

“I was just going up there and trying to put the barrel on the ball and put together a good at bat,” Payton said. “All three (pitches in the at bat) were cutters and I was lucky enough that it stayed fair.” 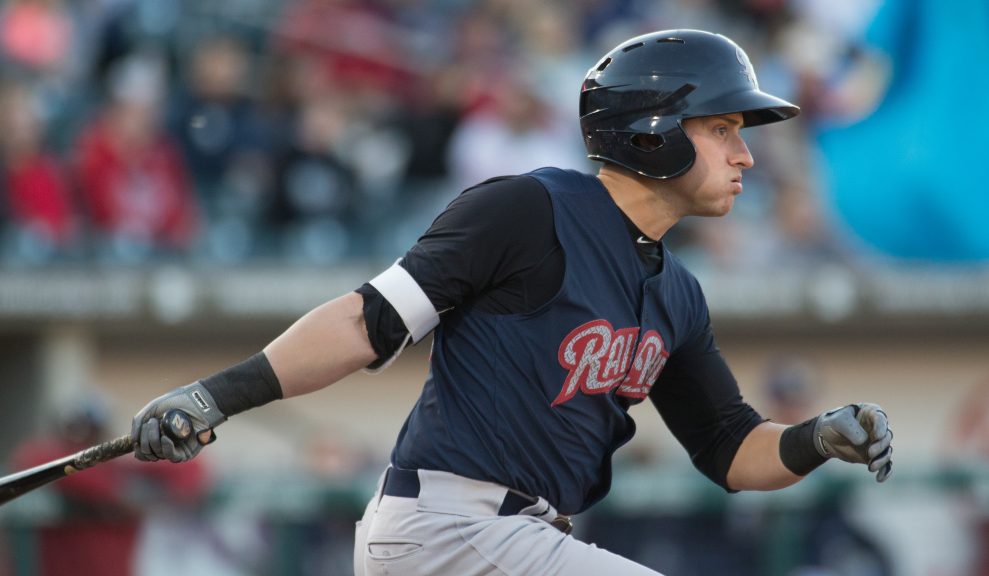 The RailRiders didn’t waste any time to get their offense going in this game. Tyler Wade fought off some tough pitches to work a leadoff walk. Dustin Fowler then smoked a line drive homerun over the right field wall to put Scranton Wilkes-Barre up 2-0.

Two batters later, Mike Ford stepped up and took a pitch that was right down the middle and punished it to right center field. His homerun landed in the back of PNC Field’s lawn area. The homerun was Ford’s fourth homerun in the last five games. That put SWB up 3-0 to end the first inning.

“When Ford came we knew what we were getting because he can swing the bat,” RailRiders’ manager Al Pedrique said. “Choi got hurt and Ford stepped in and he is doing a great job offensively.” 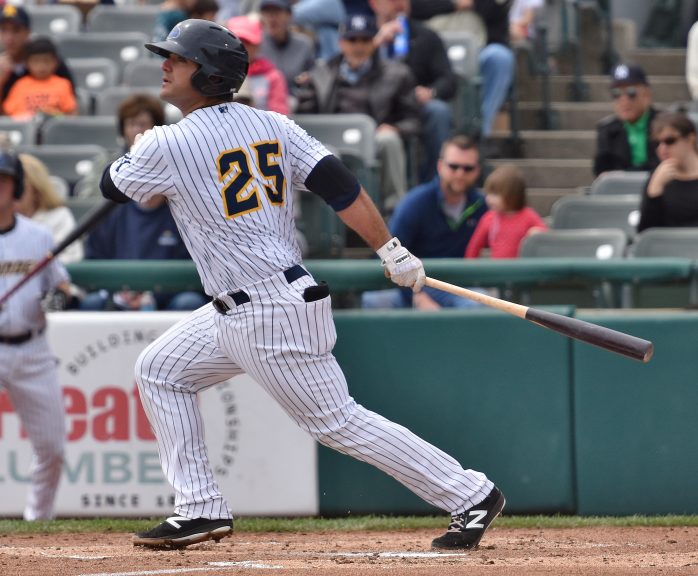 Rochester didn’t wait to attempt a comeback. Niko Goodrum doubled down the third baseline to lead off the inning. Former Yankees catcher, John Ryan Murphy, then stepped up and put a single just over Tyler Wade’s reach at shortstop cutting the lead to 3-1 RailRiders.

The RailRiders continued to hit the ball hard in the following inning. Cito Culver didn’t waste any time putting a ball high in the air and into the Rochester bullpen for the RailRiders’ third homerun of the day putting them up 4-1

The game got quiet after that homerun with both teams putting up zeros for three straight innings. The Red Wings would be the first to break that silence and it started with a leadoff double to center field by Daniel Palka. ByungHo Park wouldn’t let that go to waste as he took a pitch that barely grazed off of the left field foul pole for a two-run homerun. That sliced the RailRiders’ lead to 4-3.

The RailRiders experienced a series of unfortunate events in the seventh inning. After two lead off walks, Daniel Palka drove a single to right field. Mark Payton fielded and fired to second base as the runner strayed too far off the bag. The quick throw held the lead runner at third but Tyler Wade dropped the throw from Payton. The error allowed the runner to be safe at second base and the lead runner to score. That tied the game at 4-4.

The game would stay tied until the bottom of the 11th inning.

With one out, the Red Wings pitched around Mike Ford and eventually walked him. A ground out back to the pitcher would move him to second which brought Rob Refsnyder in to pinch run. Rochester then issued an intentional walk to Mason Williams followed by an Eddy Rodriguez walk of his own to set up Mark Payton. Payton came through by roping a single into right field and allowing the RailRiders to walk-off the victory.

“You take (wins) anyway you can get,” RailRiders’ manager Al Pedrique said. “I’m very proud of my players and the team.”