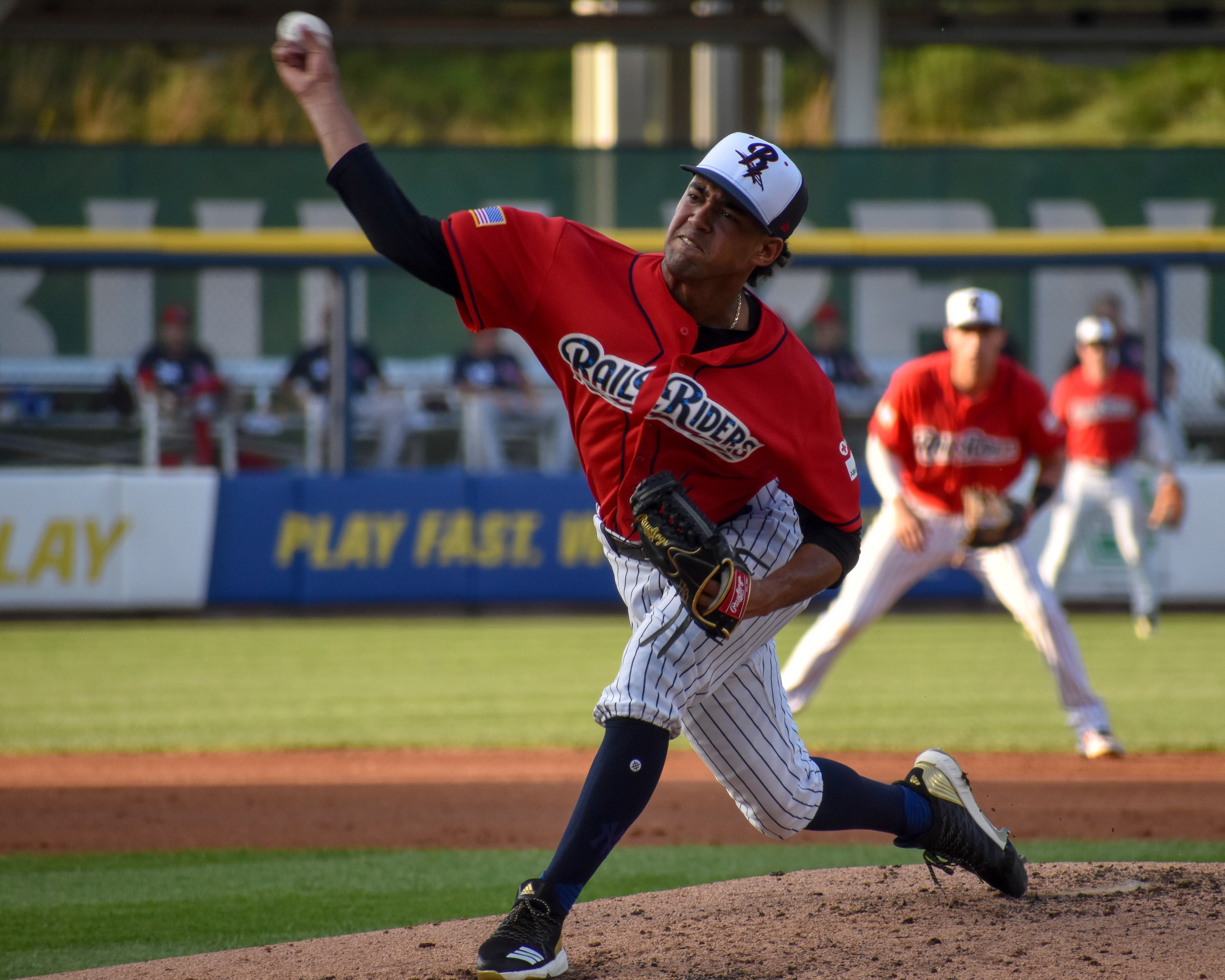 For the first time in 612 days, minor league baseball returned to PNC Field on Tuesday night. The last time the Scranton/Wilkes-Barre Railriders took the field for a game in Northeast Pennsylvania was September 7, 2019, against the Durham Bulls in a semifinal playoff game. While Tuesday’s action wasn’t played in front of anywhere close to the level of attendance of that game, fans still returned to the stands at 50 percent capacity, the exact total being 2,910 fans in attendance.

The Railriders were led by very strong pitching which led to their first shutout on the young season, winning 6-0 over the Lehigh Valley Iron Pigs. To start the game, the Yankees’ number three overall prospect on the MLB Pipeline, Deivi Garcia, took the hill looking to bounce back from a rough outing. in his last start. He faced off against the Philadelphia Phillies’ number one overall prospect, right-hander Spencer Howard in what was a pitcher’s duel through three innings.

Garcia and Howard went neck-and-neck through the first three innings. Despite allowing just one baserunner and facing the minimum, Howard was pulled from the game after three innings. Garcia kept going and didn’t allow anything more than three fairly weak base knocks through his five innings of work.

It was, quite frankly, a complete 180 from his last start in which he walked seven batters in 3 1/3 innings at Syracuse. His stuff was working all night, as he was blowing his fastball by hitters while deceiving them with tremendous breaking stuff in his curveball and slider.

Manager Doug Davis came out to get Garcia in the sixth inning after he allowed his only walk of the game. He finished with seven strikeouts and three hits allowed and threw 49 of his 82 pitches for strikes.

Nestor Cortes Jr. relieved Garcia in that fifth inning and was nearly perfect in three innings of work. He allowed just one baserunner on a base hit in the eighth inning and struck out five. He has had experience in the big leagues with the Yankees in the past but he is not currently on the 40-man roster. So will likely be in Scranton for a while.

“Nestor was outstanding in Syracuse and he was outstanding tonight,” Davis said following the game. “Nestor comes right at people, he doesn’t mess around, and he throws strikes. He uses his fastball [even though] he’s not necessarily a power guy. But he throws balls by people because he has such good breaking pitches and throws from different arm angles. It’s really hard for hitters to get on him. Command and attack is the name of his game and he really attacked hitters tonight.”

The Yankees’ number 18 prospect Albert Abreu came on in the ninth inning to close out the game and finish the shutout. Abreu is on the 40-man and was up in New York last week but didn’t pitch. He set the Iron Pigs down in order on a popup, strikeout, and groundout to finish it off and commence the postgame fireworks.

“It was great to see Albert back on the mound again. It had been about a week or so since he’s thrown,” Davis said. “We needed to get him in there for an inning and I thought he was great. His velocity was obviously overpowering and he threw some really good sliders as well. I’m sure he’s gonna be needed again with the taxi squad or being activated in New York. So we want to give him as much work as we can and keep him sharp.

The hitting came alive in the fourth inning after Howard was pulled for Ramon Rosso. With help from a very wild Rosso and shaky defense, the Railrider scored six runs, three of them being unearned. The inning went like this: error, lineout, HBP, single, double, walk, wild pitch, walk, HBP, sac fly, single, strikeout. When all was said and done, the Railriders sent 11 batters to the plate.

The scoring started when Trey Amburgey laced one off the left-field wall to score two with the bases loaded. Unfortunately, Amburgey came into second base hobbling and had to be pulled for a pinch-runner. Davis said he pulled a muscle in his leg and will be re-evaluated on Wednesday. Miguel Andujar had the other RBI base knock in the inning, as he drove in the sixth run on a soft liner to right.

“Guys just put together good at-bats and didn’t chase pitches out of the strike zone,” Davis said of the offense in the fourth. “Rosso got a little wild and struggled to throw strikes consistently, and we didn’t chase pitches. So we put guys on base and just a couple of key hits here and there, and all of a sudden you’ve got six runs up there.”

The Railriders return to action on Wednesday night at 6:35 p.m. EST at PNC Field against these same Iron Pigs. Brody Koerner is the scheduled starter for Scranton/Wilkes-Barre after he pitched four shutout innings on May 5.

Player of the Game: Deivi Garcia