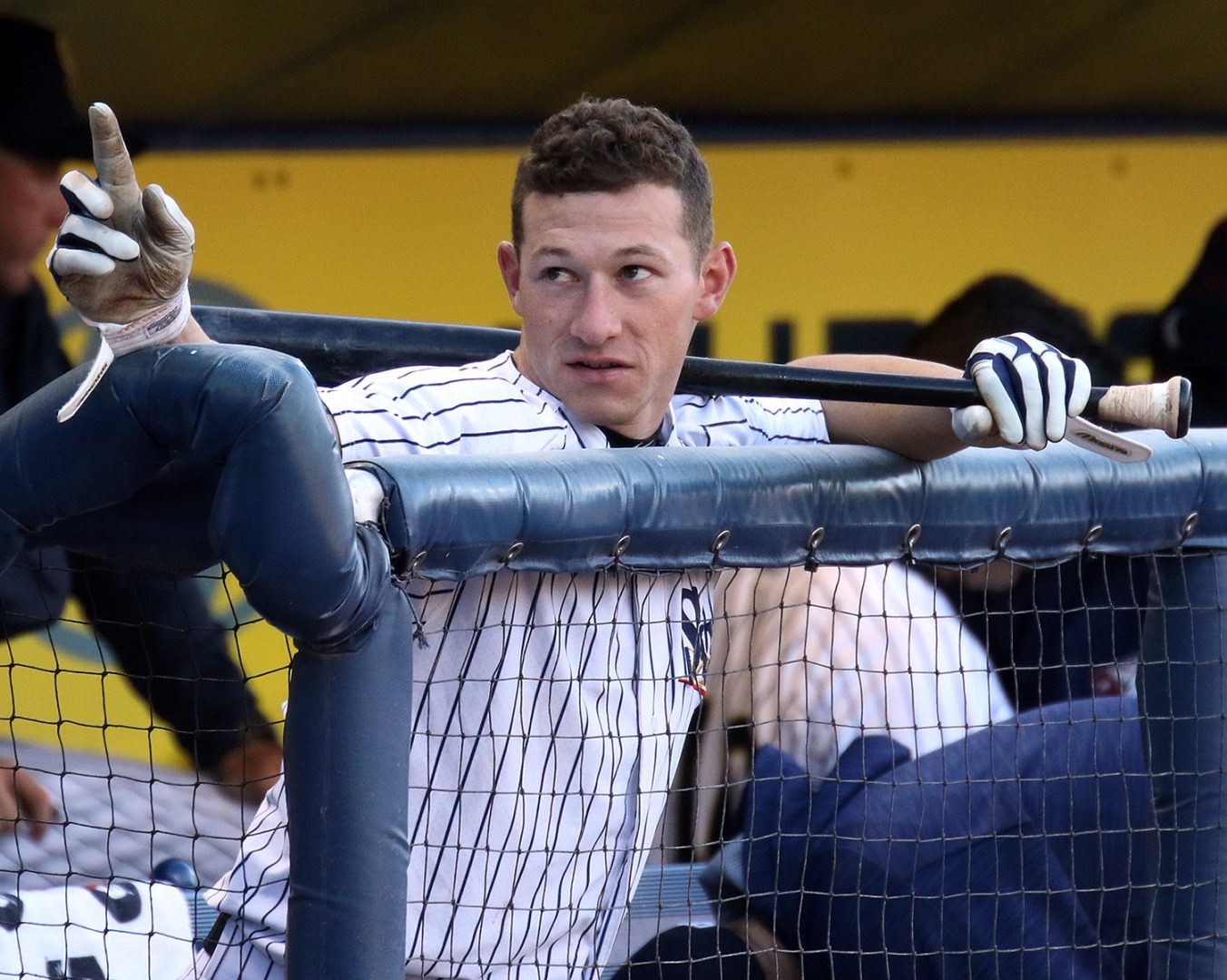 ROCHESTER, NY – The SWB RailRiders (Triple-A/New York Yankees) swept the host Rochester Red Wings (Minnesota Twins) in a Friday night doubleheader at Frontier Field, 6-4 and 10-2. The RailRiders (12-10) have won four of their last five while the Red Wings (9-13) have lost consecutive home games to SWB for just the second time since April of 2013.

In game one, the RailRiders rallied from a 4-2 deficit after five innings. Pete Kozma’s bloop RBI single snapped an 0-for-25 slump to make it 4-3 in the sixth. An inning later, run-scoring extra-base hits by Slade Heathcott and Gary Sanchez led the RailRiders to the victory.

Reliever Tyler Olson (1-1) got the win, J.R. Graham (0-2) shouldered the loss and Conor Mullee continued his dominance of Triple-A hitters with a perfect seventh for his second save.

The nightcap was decided far earlier when the RailRiders plated six runs in the second inning against starter Taylor Rogers (0-1).The inning included run-scoring hits by Ben Gamel and Aaron Judge, giving starter Phil Coke (1-0) more than enough support to notch the win.

Phil Coke allowed one unearned run over five innings of three-hit ball. His seven strikeouts made for his highest total since he whiffed seven Kansas City Royals as a Detroit Tiger on April 9, 2011.

Slade Heathcott was activated off the DL before the twinbill got underway. In his first action since April 20, he drove in two runs in each of the games, posting a pair of hits including a triple.

Eddy Rodriguez launched an impressive home run to left field in the nightcap, his first career dinger with SWB.

The RailRiders scored a combined 16 runs on 21 hits in the doubleheader. They went 10-for-22 with men in scoring position over the two games. Rochester plated six total scores on six hits and went 1-for-12 with men in prime real estate.

Rob Refsnyder entered the day in a 4-for-30 funk with no RBIs over his prior eight games. He finished the night a collective 3-for-7 with a walk and three runs scored.