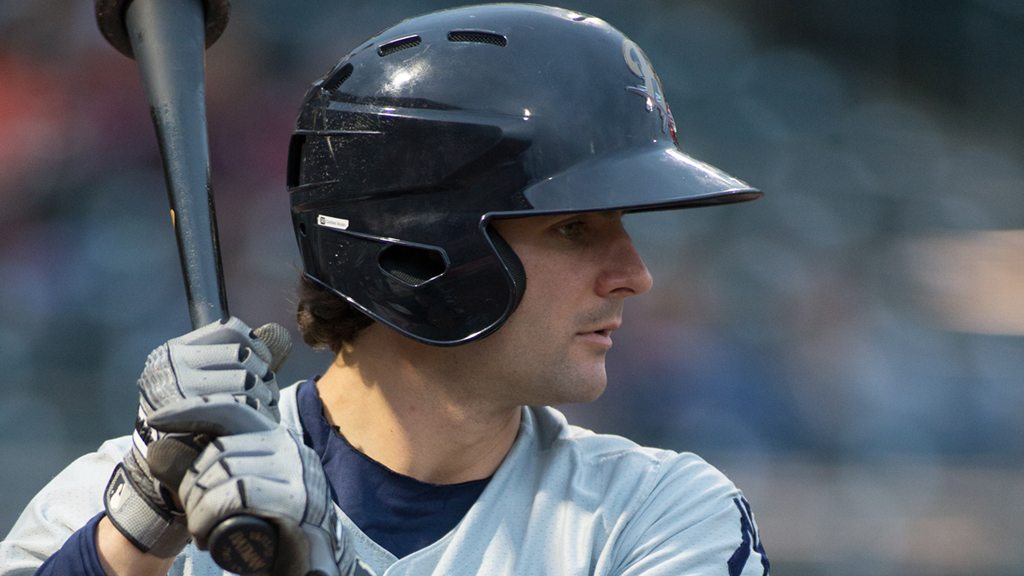 Pete Kozma homered in a losing effort for the RailRiders Wednesday night. (Photo by Cheryl Pursell)

MOOSIC, PA  – The SWB RailRiders (Triple-A/ New York Yankees) surrendered a season-worst five home runs to the Norfolk Tides in a 10-6 loss on Wednesday night at PNC Field. The Tides (54-71) salvaged a split of the de facto four-game series with the RailRiders (78-47). Despite the loss, the SWB’s magic number to clinch a playoff berth lowered to 10 thanks to the Rochester Red Wings’ loss earlier in the day.

Brady Lail (6-4) was hit for a career-worst nine runs on 10 hits in just 3.2 innings. The right-hander yielded four homers while recording only one strikeout. David Hale (3-7) scored the winning decision despite allowing six runs on 11 hits across five innings.

Kyle Higashioka cracked his eighth round-tripper with SWB in the second inning and Pete Kozma followed a long ball to left field for his second of the year. However, two-run homers by Michael Almanzar in the second and Trey Mancini in the third built a 5-2 advantage for the Tides.

SWB rallied to even the score 5-5 with a three-run third. Rob Refsnyder doubled home Ben Gamel for his second hit of the evening and Donovan Solano’s two-run single knotted things up.

Norfolk answered with four off Lail in the fourth inning. Christian Walker bombed a solo shot to left-center and L.J. Hoes lined a three-run blast to right field for a 9-5 lead.

The RailRiders got a run back in the last of the fourth on a single by Gamel, but would draw no closer. Walker capped the scoring with his second homer of the night off Johnny Barbato in the seventh.