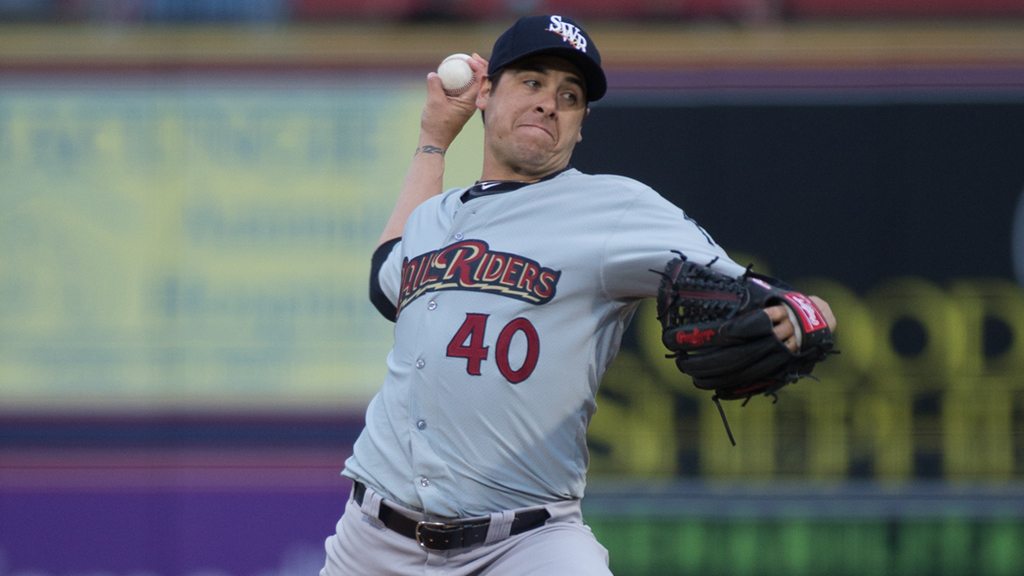 DURHAM, NC – Phil Coke, Conor Mullee, James Pazos and Anthony Swarzak combined on a three-hitter as the SWB RailRiders (Triple-A/New York Yankees) shut out the Durham Bulls (Tampa Bay Rays) Tuesday night, 2-0. The RailRiders’ (30-22) league-best ninth shutout win made for the Bulls’ (21-32) league-worst-tying 10th shutout loss. SWB finished the month of May at 18-11, the most May wins for the franchise since the 2008 Governors’ Cup title team went 18-12.

Coke allowed three hits over the first 5.2 innings, all singles including one on the infield. Mullee, Pazos and Swarzak then saw just one man reach base, Luke Maile on a two-out error in the eighth, to cement the shutout.

The only runs crossed in the eighth.  Durham reliever Steve Geltz issued consecutive walks to start the frame.  After a fly-out and a fielder’s choice, Nick Swisher, batting left-handed, delivered a two-run single over a shift into right field.

Mullee (4-0) got the win while Swarzak recorded his team-best sixth save in as many tries. Geltz (0-1) took the loss.

The series concludes at 1:05 p.m. Wednesday. The RailRiders return home for an eight-game homestand  Thursday, June 2. It starts with the first of four against the Columbus Clippers (Cleveland Indians) at 6:35 p.m. The Thirsty Thursday presented by Budweiser features $1 Bud Lights and Pepsi products. For tickets or more information, please call 570-969-BALL (2255) or visit swbrailriders.com.

The four SWB pitchers used on Tuesday combined to strike out 12 Bulls while walking one.

Kyle Higashioka made his third start as the RailRiders’ catcher. The team has gone 3-0 with him behind the plate, all shutout triumps. He finished Tuesday 1-for-4 with a pair of deep fly-outs to center field.

Durham starter Blake Snell, Baseball America’s 2015 Minor League Pitcher of the Year, needed 95 pitches (57 strikes) to toss five scoreless innings. The RailRiders’ best scoring chance against him came in the fifth when Chris Parmelee drew a leadoff walk and Kyle Higashioka followed with a single. Pete Kozma tried to lay down a bunt but foul popped to the catcher, J.P. Arencibia. Jonathan Diaz reached on an infield single to load the bases with one out, but Ben Gamel struck out swinging and Aaron Judge lined out to shortstop.

The RailRiders have hit .220 with the bases loaded this season, going 11-for-50 with 10 strikeouts and just three extra-base hits.

In the nine-hole, Diaz went 1-for-2 with two walks and a pair of stolen bases, his first two swipes of the season. Diaz played his college baseball at N.C. State. His college stadium, Doak Field, is just a 30-minute drive away from Durham Bulls Athletic Park.