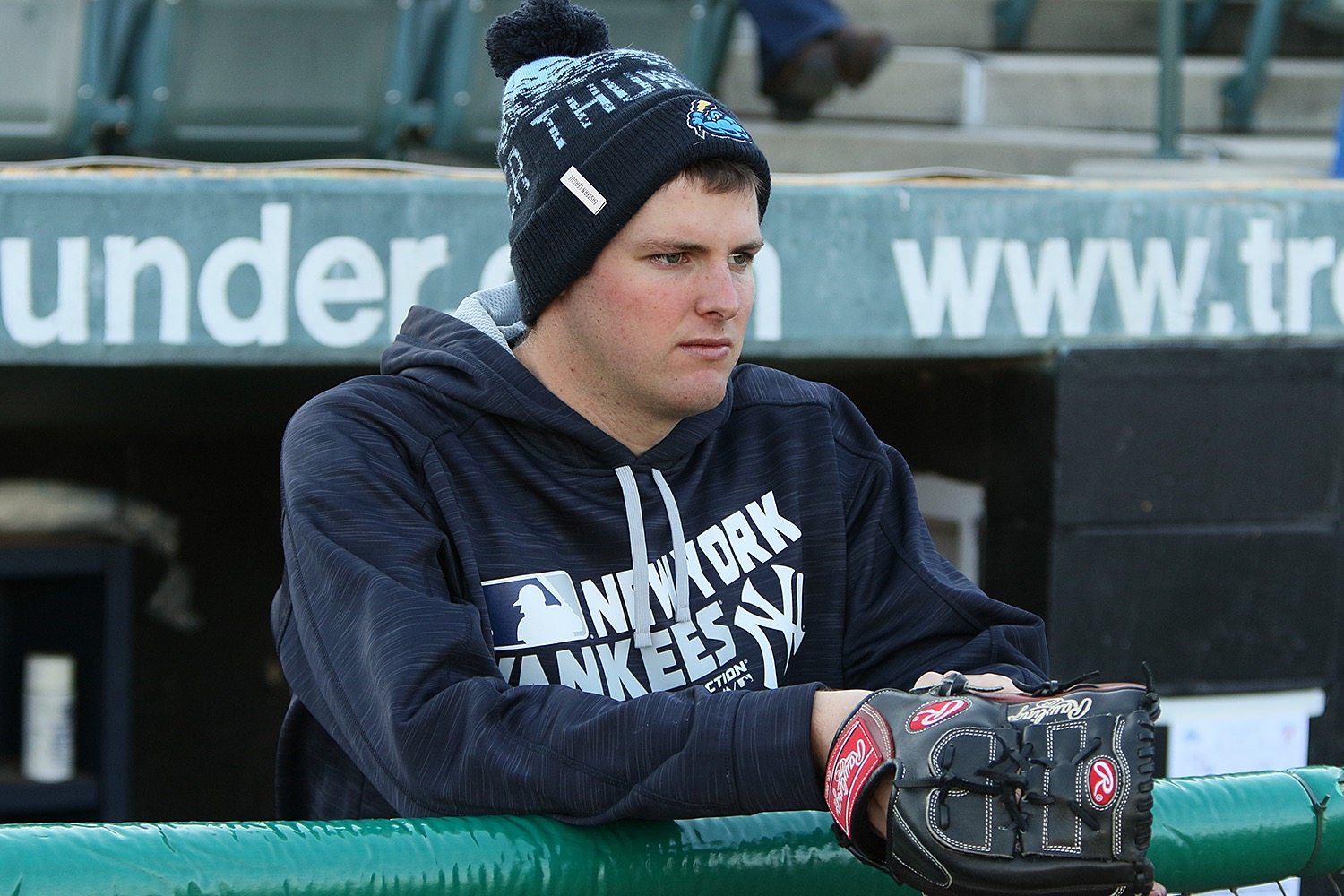 ROCHESTER, NY –  The SWB RailRiders (Triple-A/ New York Yankees) split a doubleheader with the Rochester Red Wings on Sunday afternoon at Frontier Field. The RailRiders (76-45) blanked Rochester 4-0 in the first game before dropping the finale 4-3. The Red Wings (67-55) avoided a three-game sweep against SWB.

Jordan Montgomery  (2-1) spun 5.2 scoreless innings in the first game. The left-hander struck out eight while working around six hits and three walks. Nick Goody recorded the final four outs for his fifth save with SWB. David Hurlbut (0-1) shouldered the loss in first out with Rochester this year. The southpaw allowed four runs on nine hits over six innings.

Cito Culver recorded his first of three hits in the game on a soft single to right. He later scored on a grounder to center by Ben Gamel for a 1-0 lead. A squeeze bunt by Jonathan Diaz plated Pete Kozma for a 2-0 score in the fifth and the RailRiders pushed across two more in the seventh for the final margin.

The shutout was the 21st of the season for SWB, establishing a new franchise record. It also matches the modern era record in the International League. The 2015 Rochester Red Wings and 1975 Tidewater Tides also recorded 21 shutouts in a single season.

The Red Wings overcame a 2-1 deficit to wrestle the nightcap away, 4-3. Rochester plated two runs in the last of the fifth on three hits and Daniel Palka homered off Kyle Haynes (5-5) for a 4-2 advantage. Haynes allowed four runs on six hits, going the distance in his return from Double-A Trenton.

Eddy Rodriguez bashed a run-scoring double to left-center in the top of the seventh, but the RailRiders went down with the tying run at third. Rob Refsnyder finished the game 3-for-3 with an RBI.