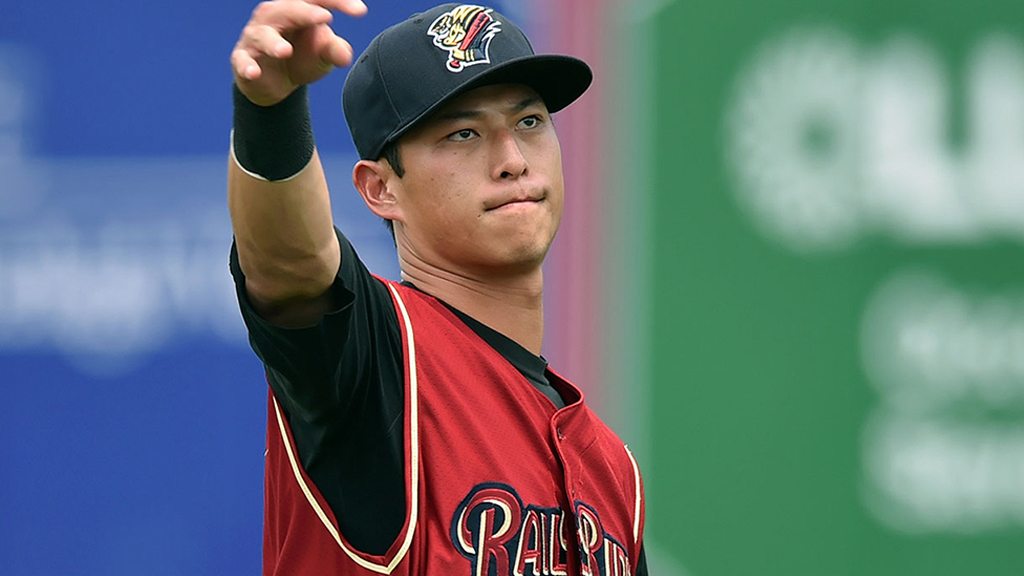 Moosic, Pa. – The Scranton/Wilkes-Barre RailRiders (Triple-A/New York Yankees) scored three times in the first inning and brought home an 8-3 victory over the Pawtucket Red Sox on Sunday afternoon at PNC Field. The RailRiders (9-9) split the four-game series with the Red Sox (11-7) and finished the homestand 4-3.

Joel De La Cruz (1-0) earned the win after pitching four innings and limiting the PawSox to a run on two hits. Keith Couch (1-3) shouldered the loss for Pawtucket after surrendering six runs on nine hits over 5.1 innings.

SWB jumped on the right-hander in the first inning. Slade Heathcott singled to right on the outset. Rob Refsnyder followed with a hit and Kyle Roller doubled in Heathcott for a 1-0 lead. With two down, Ben Gamel scored a pair of RBI by plating Refsnyder and Heathcott on a hit to right-center.

Humberto Quintero trimmed a 3-0 deficit to one for the PawSox in the third with a two-run blast to left off starter Matt Tracy. The southpaw finished after three innings, allowing two runs on two hits.

Rob Segedin pushed the RailRiders’ lead back to two with a solo shot out to left in the fourth.

The RailRiders pushed the lead to six with a four-run sixth. Austin Romine doubled down the left-field line and scored on a single by Cole Figueroa. A fielding error by PawSox third baseman Travis Shaw allowed Segedin to reach. Heathcott loaded the bases with a single to right.

Nick Noonan followed with a bouncer to first. Matt Spring attempted to cut down Figueroa at home plate, but the throw bounced past Quintero. Figueroa and Segedin both scored on the error and the RailRiders led 7-2. With the infield in, Refsnyder singled through the middle to cap the inning at 8-2.

Spring added a solo home run in the seventh for the final margin.