RailRiders Settle for Another Twinbill Split 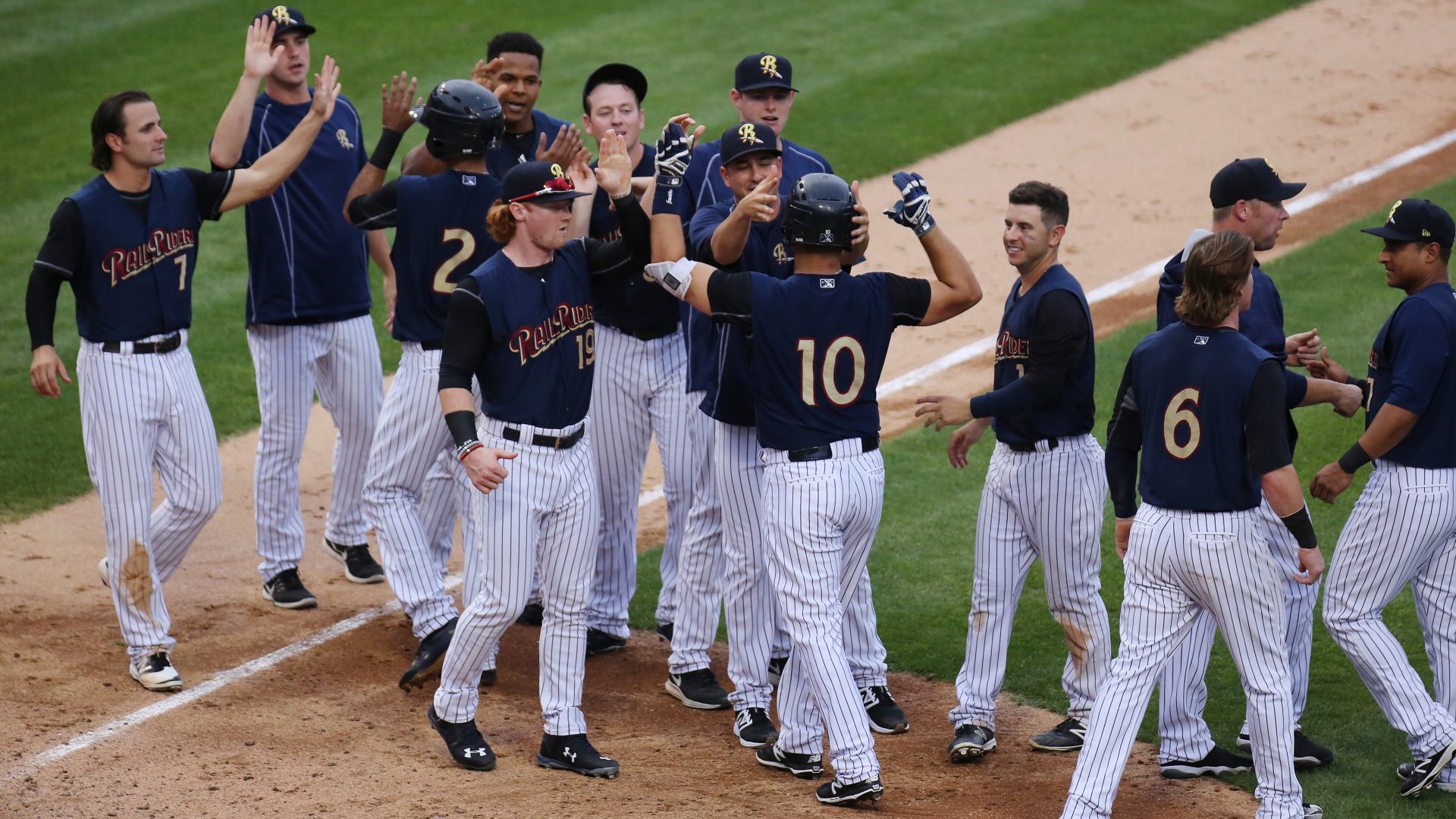 MOOSIC, PA – The SWB RailRiders (Triple-A/ New York Yankees) walked away with a doubleheader split for the second straight night. Against the Norfolk Tides at PNC Field, the RailRiders (77-46) rallied for a 2-1, eight-inning win on the front end before dropping the nightcap 3-2 in eight innings. The Tides (53-70) scored a walk-off win of their own as the “home team” in game two.

The nightcap saw the Tides overcome an early two-run deficit to score their first win against SWB In four tries this year. Clint Frazier singled to right and Jonathan Diaz reached on a bunt hit to bring up Donovan Solano. The RailRiders’ third baseman launched a double off the right field wall to score Frazier. Rob Refsnyder followed with a sacrifice fly to deep right.

The Tides squared the game 2-2 in second against starter Richard Bleier. L.J. Hoes beat out an infield single to score Christian Walker from third and Corban Joseph plated Francisco Pena on a groundball double play. Dariel Alvarez won the game in the last of the eighth with a single to center off Ben Heller (2-3).  Reliever Zach Phillips (9-3) took home the win after recording the final out of the top of the inning.

Rob Refsnyder extended his hitting streak to three with a single in both games. Refsnyder is 5-for-11 (.455) in four games since rejoining SWB from New York and has driven in three runs.

The RailRiders continue their series against the Norfolk Tides on Tuesday, August 16 at 7:05 p.m. Left-hander Phil Coke (4-3, 2.67) will start for SWB. Every Tuesday home game at PNC Field is Two Dollar Twosdays with $2 tacos, walk-up lawn seats and tall boys. For tickets or more information, please call 570-969-BALL (2255) or visit swbrailriders.com.