RailRiders Shuffled Off by Buffalo 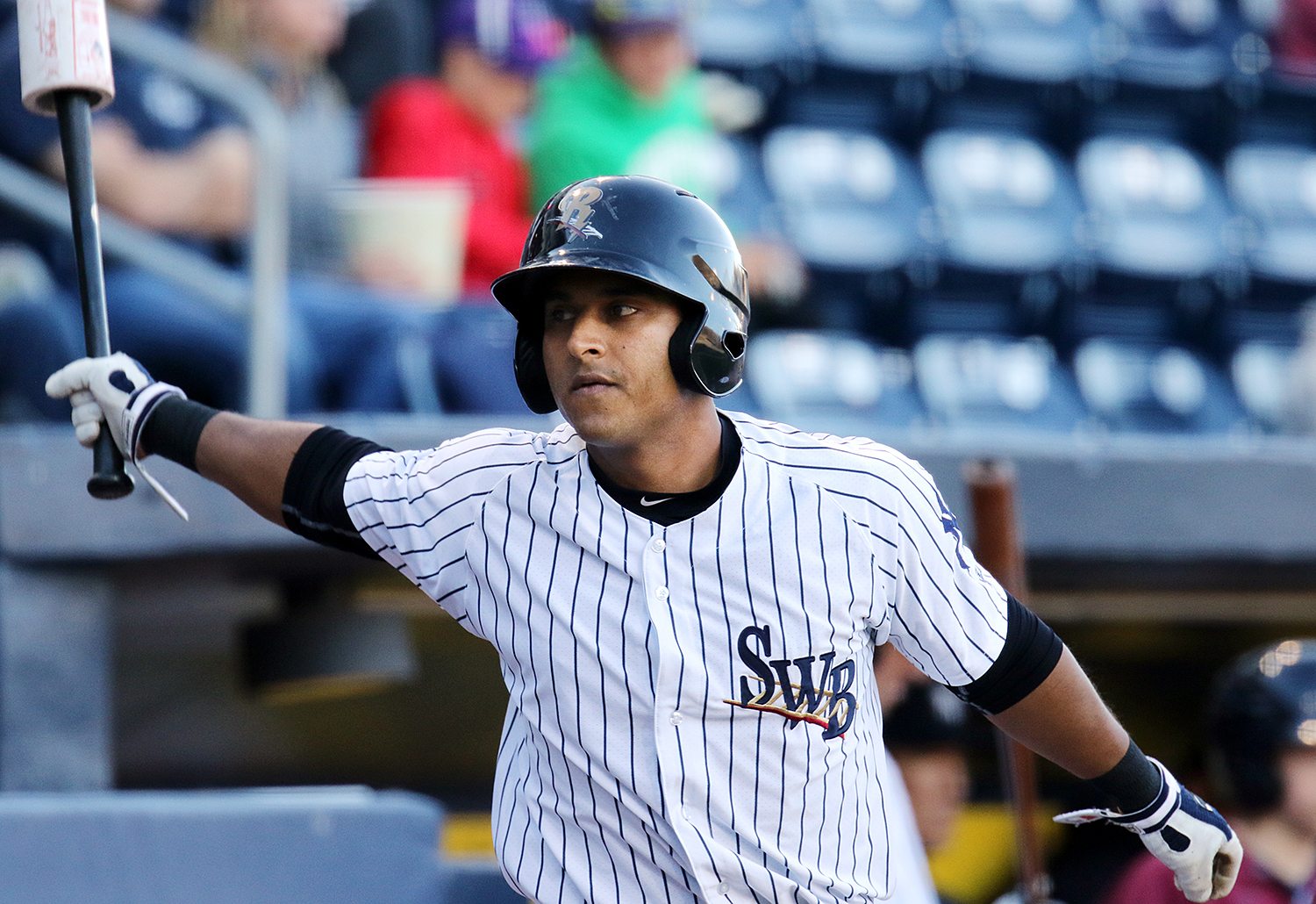 MOOSIC, Pa. – The SWB RailRiders (Triple-A/New York Yankees) fell 8-1 to the Buffalo Bisons on Wednesday night at PNC Field. The Bisons (5-8) take a 2-1 edge in the four-game series while SWB slips to 8-5 on the year.

Anthony Swarzak (0-2) surrendered five runs on 10 hits across five innings. His counterpart, Wade LeBlanc (2-1), limited the RailRiders to a run on four hits across seven strong innings. He struck out eight hitters and walked one.

Domonic Brown recorded a big night at the plate for the Bisons, homering twice and driving in four runs. His leadoff double in the third inning helped spark a two-run rally. The Bisons knocked 16 hits on the night, including four from Alexi Casilla. Buffalo’s second baseman also tallied two RBI.

Trailing 2-0 in the last of the fourth, the RailRiders scratched across their only run when Slade Heathcott scored on a base hit by Donovan Solano.

A three-run homer by Brown in the fifth inning gave the Bisons a 5-1 lead. They expanded on that with two runs in the seventh and a solo shot by Brown in the eighth off reliever Nick Goody.

Nick Swisher finished 2-for-3 and reached three times thanks to a walk. Aaron Judge went 1-for-4 to extend his hitting streak to six games.

The RailRiders look to salvage a split of the four-game series on Thursday night. Right-hander Luis Cessa (0-0, 5.40) makes his first start for SWB and will oppose right-hander Casey Lawrence (0-2, 9.00). It’s Thirsty Thursday at PNC Field with $1 Bud Lights and Pepsi products. First pitch is set for 6:35 p.m. For tickets or more information, please call 570-969-BALL (2255) or visit swbrailriders.com.