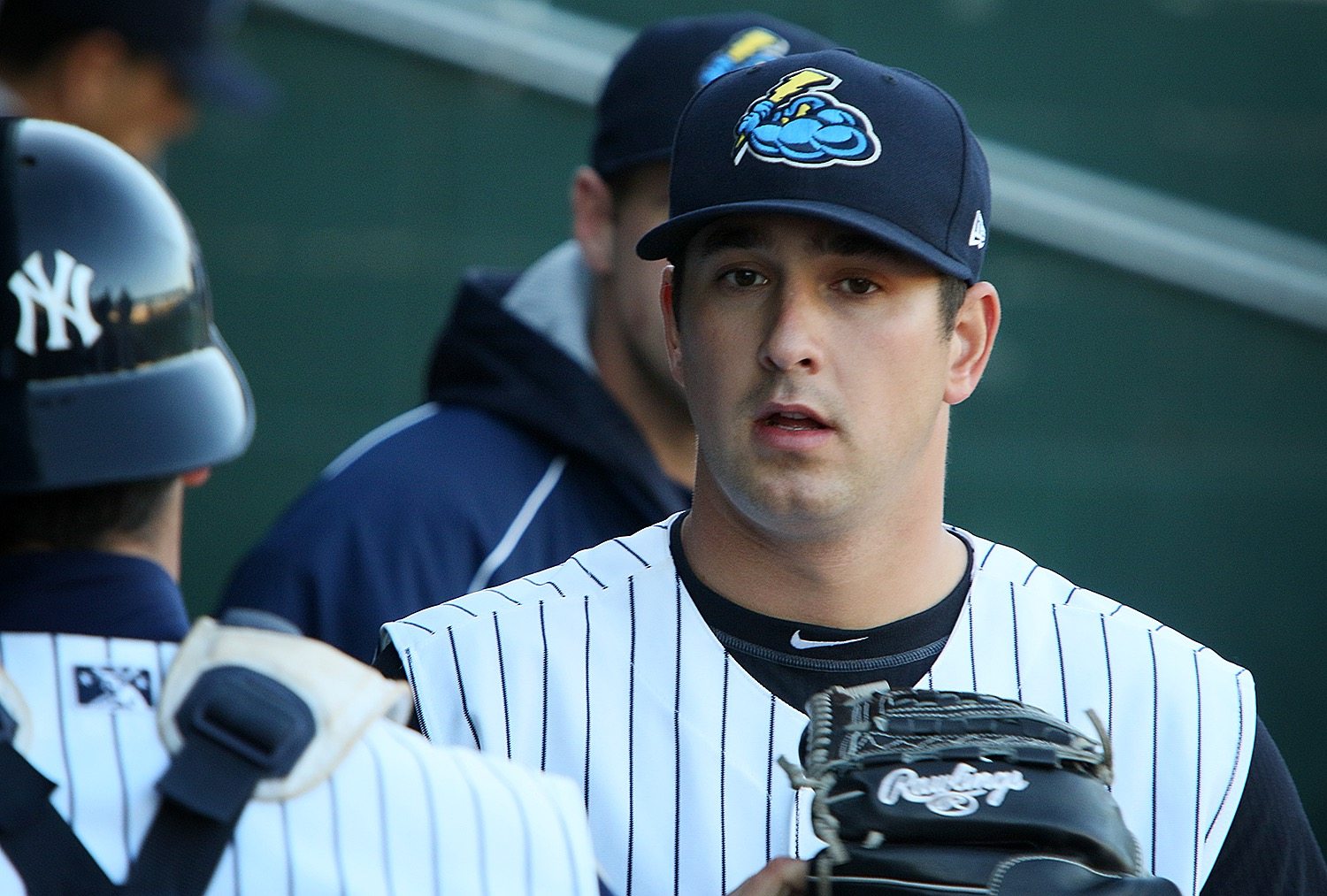 LOUISVILLE, KY – In the opener, it was a big-moment hit. In the nightcap, gutsy pitching. On the night, it meant a doubleheader sweep as the SWB RailRiders (Triple-A/New York Yankees) bested the Louisville Bats (Cincinnati Reds) at Louisville Slugger Field on Wednesday night, 4-2 and 2-0. The RailRiders (23-18) have won six of seven to surge to a season-best five games above .500. The Bats (21-18) have lost six of eight, dropping to 8-10 at home.

In game one, SWB starter Brady Lail faced one over the minimum through four before running into trouble in the fifth. Scott Schebler reached on a leadoff double and later crossed on Ray Chang’s single. Lail wiggled out of a bases-loaded jam by inducing an inning-ending 3-2-4 double play from Hernan Iribarren. A leadoff walk in the sixth drawn by Juan Perez later led to a second score on Steve Selsky’s sac fly. An error by Ben Gamel during the frame made it unearned.

Gamel would make up for the miscue and then some when the RailRiders sent all nine to the plate in a four-run seventh. Deibinson Romero singled in the first score before Gamel, with the bases loaded, laced a double to left for a 3-2 lead. It marked the RailRiders’ first extra-base hit with the bases loaded on the season. The team entered the game 5-for-37 (.135) with the bases full on the year, all singles. Aaron Judge followed with a sac fly for the 4-2 margin.

That lead stood up as Anthony Swarzak recorded his third save in as many appearances. Lail (2-0) got the win and J.J. Hoover (0-1) suffered the loss and a blown save.

In game two, impromptu starter Tyler Olson fired four scoreless innings, a season-long outing. He struck out a season-best five and gave up just one hit, a two-out single by Jermaine Curtis in the fourth.

He left with the lead thanks to Pete Kozma’s smoked RBI single with two outs in the second.  In the fifth, Eddy Rodriguez doubled and later scored on a Gamel single against prospect starter Cody Reed for a 2-0 margin.

Giovanny Gallegos fired a perfect fifth and retired the first two in the sixth before a pair of full-count walks and a full-count bruised batter loaded the bases. Tyler Webb entered to face former big leaguer Scott Schebler, who engineered a full count of his own. Webb got him looking with a fastball away to leave the bases loaded.

An inning later, singles by Chris Berset and Perez with two outs conspired with a poor throw from right fielder Cesar Puello to place the tying runs in scoring position. Webb again responded, striking out Iribarren looking to bolt down his first save of the year. Gallegos (1-0) got the win in his first Triple-A outing of the season while Reed (2-2) took the loss.

The RailRiders have swept both of their doubleheaders on the season. They took a pair at Rochester on April 29, 6-4 and 10-2.

SWB recorded its fifth shutout win of the season.

All of Louisville’s seven baserunners in game two reached with two outs.

Louisville hitting coach Ted Power was ejected from the dugout by home plate umpire Jeremy Riggs in the sixth inning of game two.

SWB outhit Louisville on the day, 15-7. Only one of the Bats hits went for extra-bases.