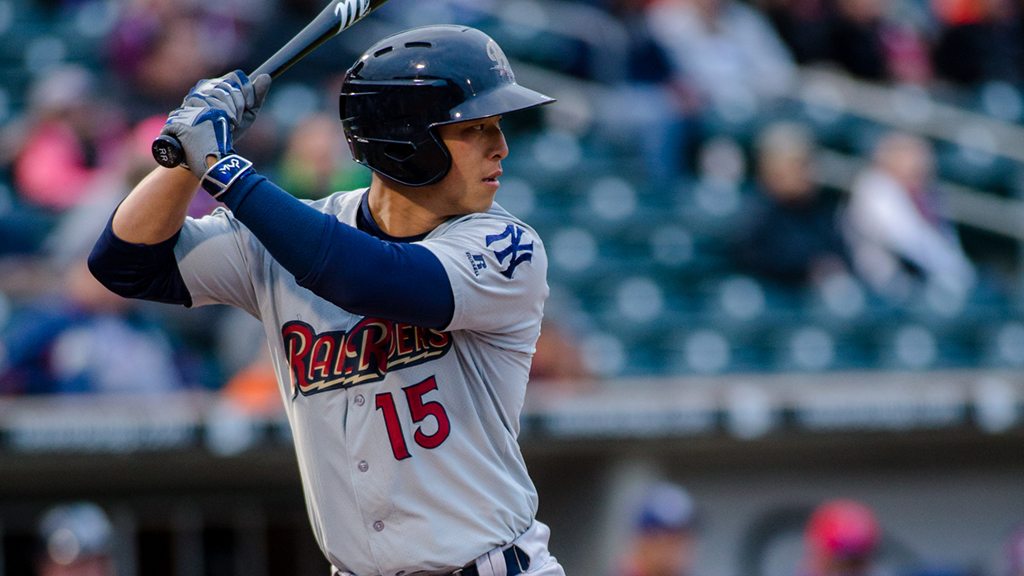 Indianapolis, Ind. – The SWB RailRiders (Triple-A/New York Yankees) dropped their series finale to the host Indianapolis Indians (Pittsburgh Pirates) at Victory Field on Sunday afternoon, 4-2. SWB (8-8) pitching saw its scoreless-innings streak stall at 25 in a row, while Indy (5-12) halted the scoreless-innings streak for its offense at 26. The RailRiders claimed two of the three games in the series and went 4-2 on their road trip through the IL West.

SWB plated its two runs in the opening inning. Clint Frazier drew a one-out walk before Rob Refsnyder tripled him home. After Ji-Man Choi walked, Ruben Tejada drove Refsnyder home with a sac fly to medium right-center and Refsnyder stomped on the plate standing a moment before catcher Elias Diaz could apply a tag.

The RailRiders rattled starter Drew Hutchison again in the second inning. Mark Payton singled to right, took second on a wild pitch and Cito Culver reached on a two-base error by left fielder Christopher Bostick that gave Payton third base. But with men at second and third and nobody out, the RailRiders failed to add to their lead. In fact, Indy pitching would not allow another man on base the rest of the way, retiring the final 24 SWB hitters of the game.

In the sixth, Diaz singled over second base to drive in a pair of runs that tied the game. An inning later, three walks by Joe Mantiply (0-1) loaded the bases with one out. Chasen Shreve entered from the bullpen, but gave up a weak RBI infield single against the grain of a tilted infield for a 3-2 margin.

Eric Wood doubled home the final tally in the eighth.

The RailRiders return home on Tuesday, April 25 to host Louisville at PNC Field at 6:35 p.m. The $2 Tuesday promotion allows fans to enjoy $2 lawn tickets and $2 tallboys every Tuesday, presented by La Tolteca. For tickets or more information, please call 570-969-BALL (2255) or visit swbrailriders.com.