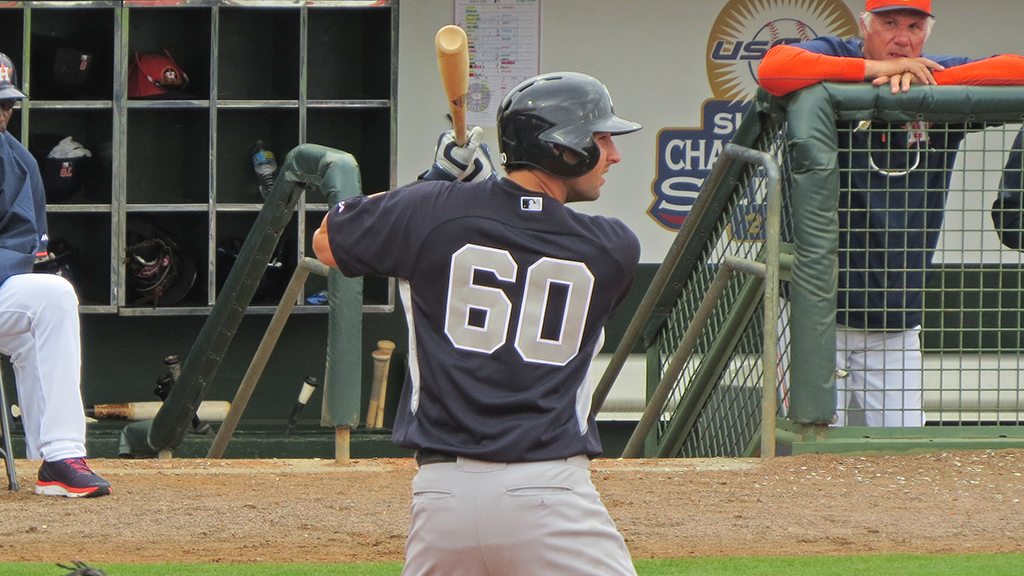 Nick Noonan's single brought the RailRiders a win in the bottom of the 15th Monday night. (Bryan Green)

The RailRiders’ bullpen shined in the winning effort, using five pitchers who combined for 9.2 scoreless innings. Danny Burawa (1-0) pitched a 1-2-3 top of the 15th for the victory. Adam Loewen (0-1) shouldered the loss after allowing the winning run across. Loewen surrendered two hits and walked five batters in 2.1 innings.

The IronPigs opened the scoring in the third inning against starter Jaron Long. Brian Bogusevic began with a single and advanced to second on a wild pitch. Cord Phelps moved Bogusevic to third with a single to right. Domonic Brown, on a rehab assignment for the Phillies, hit a sacrifice fly to right and scored Bogusevic for a 1-0 lead.

Kyle Roller launched the RailRiders in front in the last of the inning against Jason Berken. Ramon Flores worked a one-out walk and Roller demolished a two-out home run over the right field fence for a 2-1 lead.

SWB held serve until a two-run rally by the IronPigs in the sixth. Brown singled and moved to second on a hit by Russ Canzler. Jordan Danks earned a walk to load the bases before Diego Moreno relieved Long. The right-hander allowed a walk to Tommy Joseph, forcing home Brown. Chris McGuiness beat out a double play attempt to score Canzler for a 3-2 advantage.

The RailRiders knotted the score at three in the seventh. Jonathan Galvez singled and moved to second a sacrifice by Noonan. A wild pitch from reliever Phillippe Aumont allowed Galvez to third. After Slade Heathcott worked a walk, Flores allowed Galvez home on a ground out to short.

Both teams had chances to win over the next seven innings. The RailRiders stranded the winning run in scoring position five times during that stretch before breaking through in the 15th. The IronPigs got a lead-off single by Bogusevic in the top of the final frame. Phelps attemped a sacrifice bunt successfully, but Bogusevic was cut down by Rob Refsnyder trying an aggressive move to third base.

Ben Gamel and Austin Romine worked consecutive walks off Loewen to open the last of the 15th. As rain began to fall, Galvez moved the runners up with a sacrifice. Noonan followed with a slicing single to left that scored Gamel just as the skies opened up.