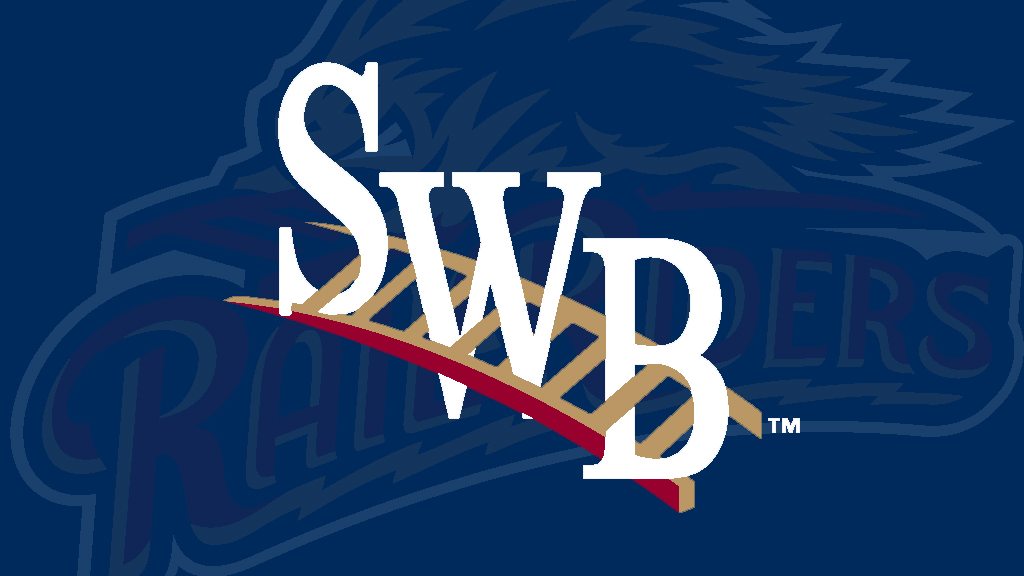 The RailRiders were rained out in Rochester Saturday. They will play two Sunday

Moosic, Pa. – The Scranton/Wilkes-Barre RailRiders (Triple A/New York Yankees) announce the continuation of the Yankees Legends franchise for the 2016 season, which will once again make PNC Field…The Place to Be!

In 2015, more than 30 former Yankees Legends including Reggie Jackson, Don Larsen, Gene Michael, Bobby Richardson, Bucky Dent, Chris Chambliss, Jeff Nelson, Rick Cerone and Mickey Rivers entertained a sell-out crowd at PNC Field on Father’s Day, in what was one of the most memorable events in the history of baseball in Northeast Pennsylvania.  The event honored Brian Doyle, a Yankees Legend who has Parkinson’s disease, and raised more than $40,000 for several charities including the National Parkinson Foundation and the Michael J. Fox Foundation.

For 2016, the SWB RailRiders have created the Yankees Legends Series, which will be comprised of 12 individual visits to PNC Field by former Yankees Legends and other baseball greats as part of celebrations culminating in a RailRiders game.

“Due to scheduling conflicts we have created a new format for this year known as the ‘Yankees Legends Series’, which will allow our fans to interact with many of their heroes on 12 different occasions.  Each visit by a Yankees Legend will provide our fans a chance to see their heroes and get autographs, on the same day as a RailRiders home game.  We believe that the ‘Yankees Legends Series’ will continue to be a source of great pride for the community and will generate enthusiasm and excitement for the upcoming season”, said David Abrams, Co-Managing Owner of the RailRiders.

The 2016 Yankees Legends Series kicks off on Opening Night, April 7, with an appearance and ceremonial first pitch thrown by Oscar Gamble who played in two World Series for the Yankees and also played for the Phillies for three seasons.  Mickey Rivers, a two-time World Series champion, who had the crowd cheering and laughing with his dance moves at the 2015 Yankees Legends Game, will be at PNC Field on April 16.  July 8 will feature a house call by World Series champion and Cy Young award winner, The Doctor, Dwight “Doc” Gooden, who pitched a no-hitter for the Yankees on May 14, 1996.

The June 4 game against the Columbus Clippers will be “Yankees Historic Home Run Night”, when the RailRiders commemorate two of the most iconic home runs in Yankees franchise history – Chris Chambliss’ pennant clinching home run against the Kansas City Royals in 1976 and Bucky Dent’s game-winning, three-run homer against the Red Sox in 1978.

“We are thrilled to welcome Chris Chambliss back to PNC Field and celebrate his dramatic home run.  Chambliss and Roy White were on base when Bucky Dent hit his miraculous home run at Fenway Park, and having all three Yankees Legends at PNC Field at the same time will make this evening unforgettable”, said Josh Olerud, RailRiders Chief Operating Officer. “All of the games in the Yankees Legends Series will be connected to a charitable organization.  The June 4th game will allow us to honor Bucky Dent while raising money for Embraced with Love, a charity started by Bucky’s late wife Marianne which provides cancer patients with blankets and pillows to help them feel more comfortable during their chemotherapy treatments.”

“I’m honored and beyond grateful that the SWB Railriders will help us carry on Marianne’s vision with their Yankees Legends Series so that my charity, Legends on the Links/Embraced With Love, will be able to continue to provide cancer treatment centers with our blankets of love and support to help their patients feel more comfortable during their chemotherapy treatments,” Bucky Dent said. “The funds raised will also enable us to provide much needed financial support to dedicated care givers and to identify and focus on other avenues of support needed by families affected by long-term illnesses.

“The format of the 2016 Yankees Legends Series enables us to recognize our heritage as part of the Philadelphia Phillies organization.  We are thrilled to announce that World Series champion and three-time All-Star Lenny “Nails” Dykstra will be at PNC Field for the RailRiders’ August 11 tilt with the Lehigh Valley Iron Pigs,” said Jeremy Ruby, RailRiders General Manager. “Dykstra played for the Phillies for seven seasons and played in several rehabilitation games for Scranton/Wilkes-Barre Red Barons in 1994”.

A Yankees Legends Series ticketing package will be available starting on Opening Day offering fans the chance to be part of history and attend all 12 games, meet Yankees and baseball greats, take pictures and enjoy RailRiders baseball from the best seats at PNC Field.

The following is the schedule for the 2016 Yankees Legends Series and the confirmed special guests for each game:

A capacity crowd will be on hand for Opening Night Thursday April 7th when the defending 2015 International League Champion RailRiders begin their 2016 campaign against the Rochester Red Wings (Minnesota Twins). For tickets or more information, please call 570-969-BALL (2255) or visit swbrailriders.com.