RailRiders Walked-Off Down in Georgia 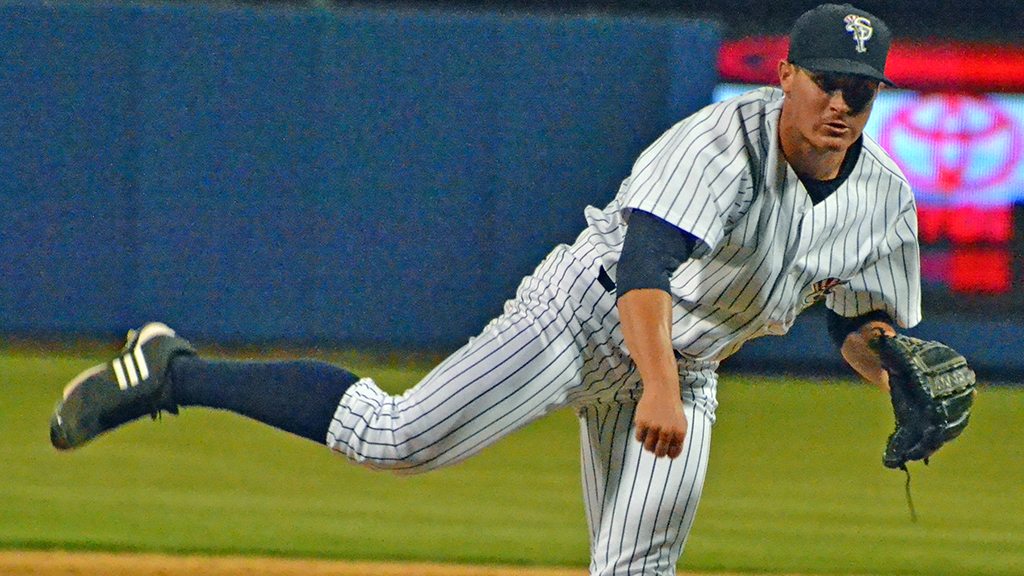 LAWRENCEVILLE,  Ga. – Cedric Hunter lined a two-out, two-run homer to right field that allowed the Gwinnett Braves to walk off with a 6-5 win over the Scranton/Wilkes-Barre RailRiders Monday night. The loss snapped the RailRiders’ (9-10) season-best three-game road winning streak while the G-Braves (7-11) won for just the second time in five games.

SWB led the game 4-0 thanks in large part to a three-run second inning. Austin Romine drove in two runs with a double that frame before Jonathan Galvez doubled to bring Romine in. Cole Figueroa plated Nick Noonan with a single in the fifth that made it a four-run cushion.

Gwinnett notched a pair of runs in the fifth and seventh to tie it up. Matt Kennelly and Braeden Schlehuber earned the RBIs in the fifth while former RailRider Adonis Garcia’s single deadlocked it, 4-4.

In the eighth, leadoff man Slade Heathcott ignited a go-ahead rally with a double. Figueroa sacrificed him to third and Rob Refsnyder posted a run-scoring double for a 5-4 SWB lead.

That advantage evaporated in the ninth. The consensus No. 1 prospect for the Atlanta Braves, Jose Peraza, began the inning with a pinch-hit walk. Former New York Yankee Eury Perez sacrificed Peraza to second before Todd Cunningham flied out to shallow center. One out away from a one-run win, Hunter went deep off reliever Nick Rumbelow (2-1) for the walk-off winner.

The RailRiders and G-Braves continue their three-game series at 6:35 p.m. Tuesday night.

The RailRiders suffered a pair of blown saves. In addition to Rumbelow, Branden Pinder endured a blown save after allowing Garcia’s seventh-inning single. SWB has seven blown saves in 11 chances on the season.

SWB lost at Gwinnett for the first time since July 23, 2012 when the then-SWB Yankees lost to the G-Braves, 10-6. The SWB franchise had won eight straight games at Coolray Field.

The G-Braves entered the game averaging a league-low 3.3 runs/game with a league-low three home runs. The six runs tied the team’s season-high output in a single game this season.

Heathcott posted multiple hits for the sixth time in seven games. He has hit .560 (14-for-25) in that time.

Refsnyder picked up his eighth RBI. Five of them have come over his last three games.

Southpaw reliever Tyler Webb inherited a bases-loaded jam in the fifth inning and left them loaded by striking out former RailRider Adonis Garcia to end the frame. He has allowed just seven of 34 (.206) inherited runners to score on his three-year pro career.